The Massachusetts Health Plan: The Good, the Bad, and the Ugly

by David A. Hyman

In spring 2006, Massachusetts enacted legislation to ensure universal health insurance coverage to all residents. The legislation was a hybrid of ideas from across the political spectrum, promoted by a moderately conservative Republican governor with national political aspirations, and passed by a liberal Democratic state House and Senate. Groups from across the political spectrum supported the plan, from the Heritage Foundation on the right to Families USA on the left, although the plan had detractors from across the political spectrum as well. This study briefly describes the basic structure of the Massachusetts plan and identifies the good, the bad, and the ugly. Although the legislation, as Stuart Altman put it, "is not a typical Massachusetts -- Taxachusetts, oh -- just -- crazy -- liberal plan," there is enough "bad" and "ugly" in the mix to raise serious concerns, particularly when the desire to overregulate the health insurance market appears to be hard -- wired into Massachusetts policymakers' DNA. If we want to make health insurance more affordable and avoid the "bad" and the "ugly" of the Massachusetts plan, Congress -- or, barring that, individual states -- should consider a "regulatory federalism" approach. Under such an approach, insurers and insurance purchasers would be required to subject themselves to the laws and regulations of a single state but allowed to select the state. As with corporate charters, this system would allow employers and insurers to select the regulatory regime that most efficiently and cost -- effectively matches the needs of their risk pools. The ability of purchasers and insurers to exit from the state's regulatory oversight (taking their premium taxes with them) would temper opportunistic behavior by legislators and regulators, including the temptation to impose inefficient mandates and otherwise overregulate. 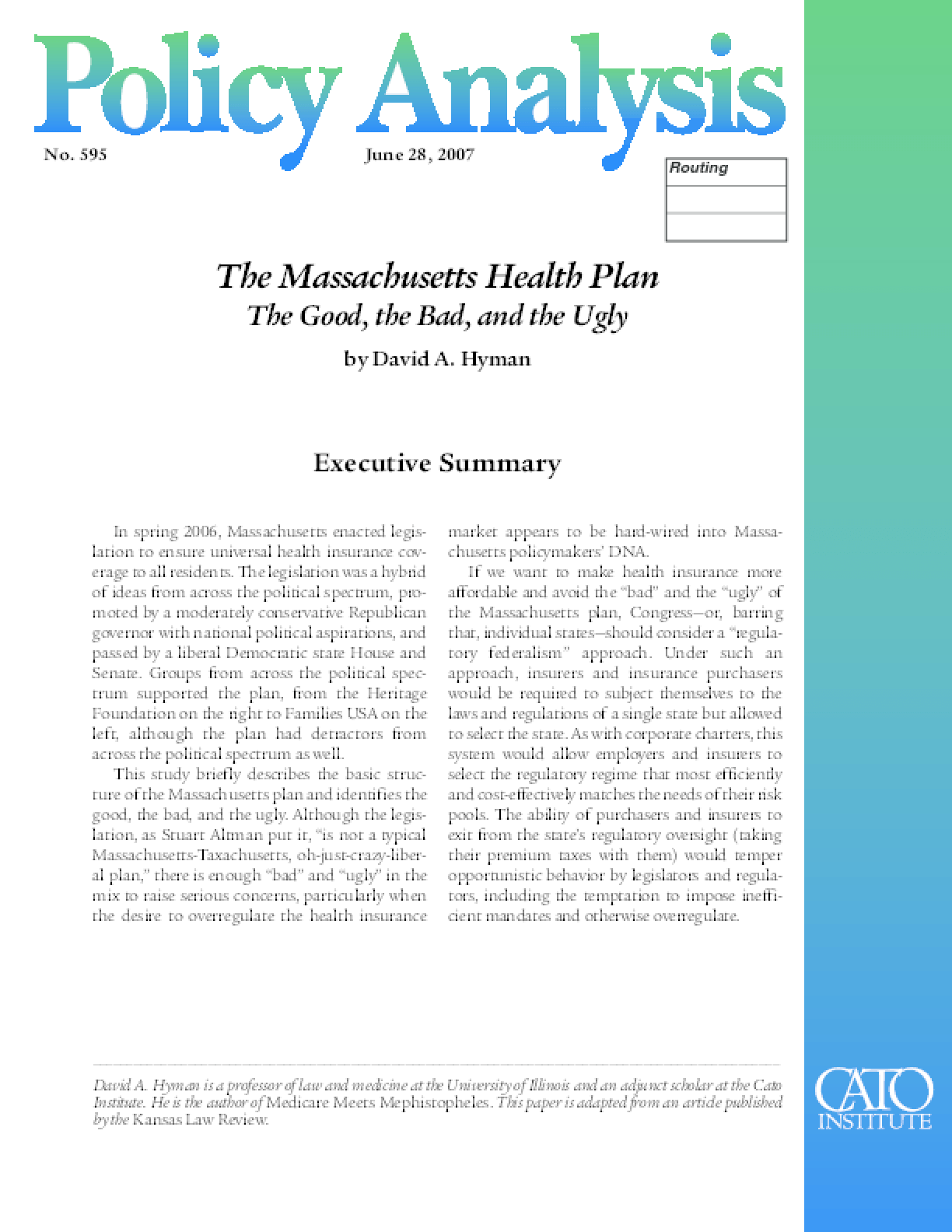