Fourteen years ago, the Millennium Declaration articulated a bold vision and established concrete targets for improving the existence of many and for saving the lives of those threatened by disease and hunger. There has been important progress across all goals, with some targets already having been met well ahead of the 2015 deadline. All stakeholders will have to intensify and focus their efforts on the areas where advancement has been too slow and has not reached all. This report examines the latest progress towards achieving the Millennium Development Goals (MDGs). It reaffirms that the MDGs have made a profound difference in people's lives. Global poverty has been halved five years ahead of the 2015 timeframe. Ninety per cent of children in developing regions now enjoy primary education, and disparities between boys and girls in enrolment have narrowed. Remarkable gains have also been made in the fight against malaria and tuberculosis, along with improvements in all health indicators. The likelihood of a child dying before age five has been nearly cut in half over the last two decades. That means that about 17,000 children are saved every day. We also met the target of halving the proportion of people who lack access to improved sources of water. 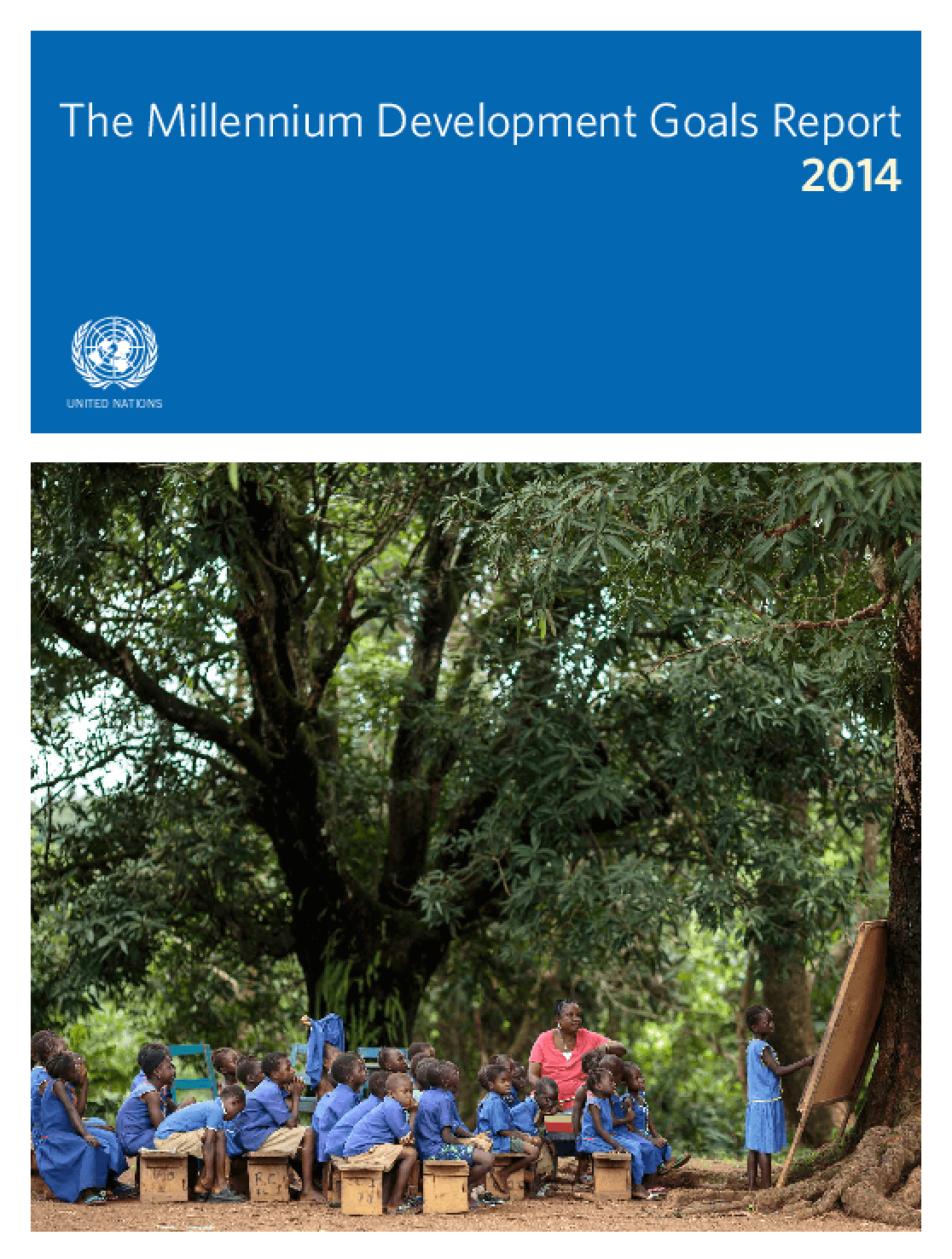