The Myth of the Rational Voter: Why Democracies Choose Bad Policies

In theory, democracy is a bulwark against socially harmful policies. In practice, however, democracies frequently adopt and maintain policies that are damaging. How can this paradox be explained? The influence of special interests and voter ignorance are two leading explanations. I offer an alternative story of how and why democracy fails. The central idea is that voters are worse than ignorant; they are, in a word, irrational -- and they vote accordingly. Despite their lack of knowledge, voters are not humble agnostics; instead, they confidently embrace a long list of misconceptions. Economic policy is the primary activity of the modern state. And if there is one thing that the public deeply misunderstands, it is economics. People do not grasp the "invisible hand" of the market, with its ability to harmonize private greed and the public interest. I call this anti-market bias. They underestimate the benefits of interaction with foreigners. I call this anti-foreign bias. They equate prosperity not with production, but with employment. I call this make-work bias. Finally, they are overly prone to think that economic conditions are bad and getting worse. I call this pessimistic bias. In the minds of many, Winston Churchill's famous aphorism cuts the conversation short: "Democracy is the worst form of government, except all those other forms that have been tried from time to time." But this saying overlooks the fact that governments vary in scope as well as form. In democracies the main alternative to majority rule is not dictatorship, but markets. A better understanding of voter irrationality advises us to rely less on democracy and more on the market. 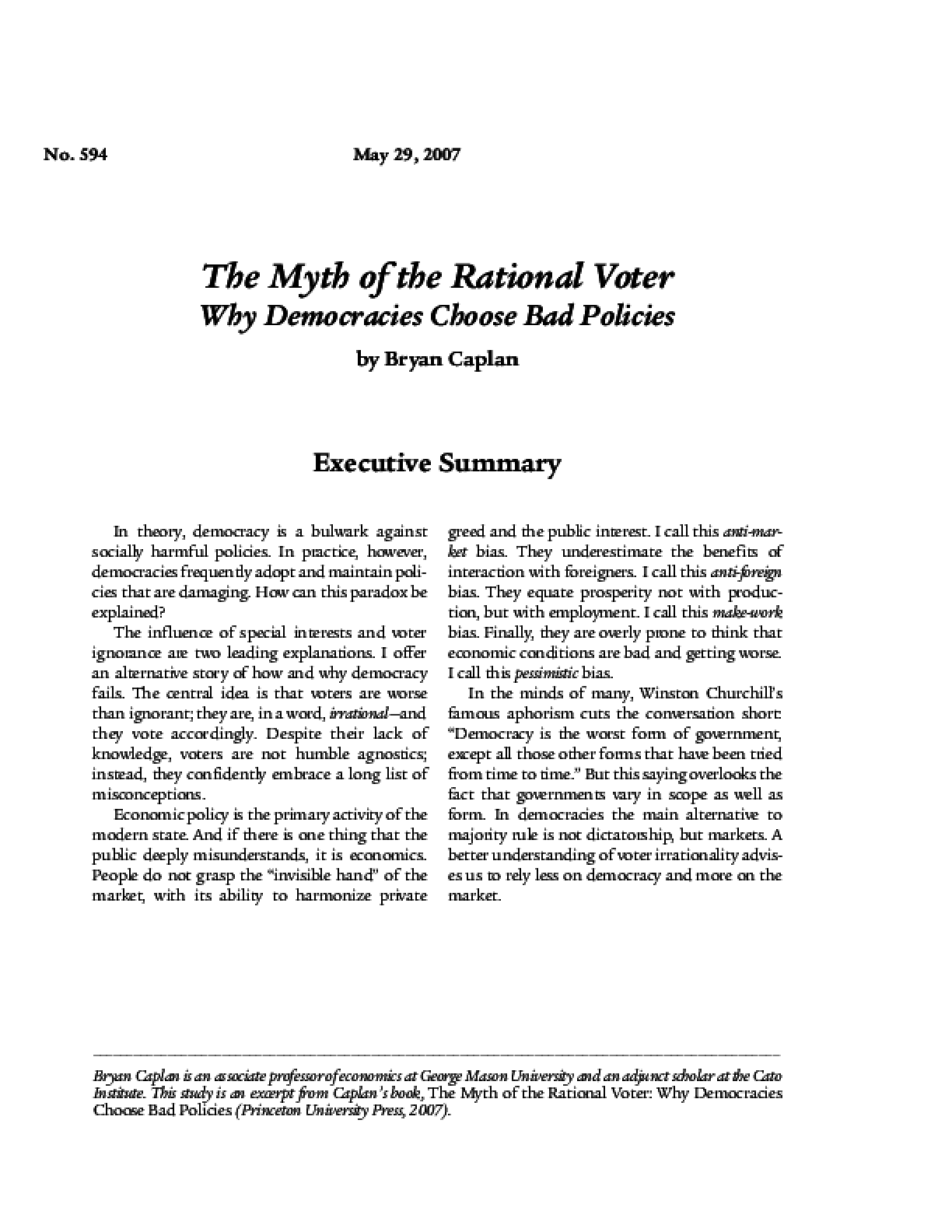