In its 2010 Quadrennial Defense Review, the U.S. Department of Defense (DOD) officially recognized climate change as a factor worthy of consideration in future national security planning. The report stated, "Climate change and energy are two key issues that will play a significant role in shaping the future security environment," noting that "climate change, energy security, and economic stability are inextricably linked." The report goes on to describe the vast geopolitical impacts of climate change anticipated by the intelligence community, including sea level rise, increasing temperatures, food and water scarcity, the proliferation of disease vectors, and the risk of mass migration by vulnerable populations to escape these impacts. These risks led DOD to declare that "while climate change alone does not cause conflict, it may act as an accelerant of instability or conflict, placing a burden to respond on civilian institutions and militaries around the world." The department's leaders recognized that the United States' existing role in responding to extreme weather events, delivering humanitarian assistance, and preserving national security would be made all the more difficult by climate change. 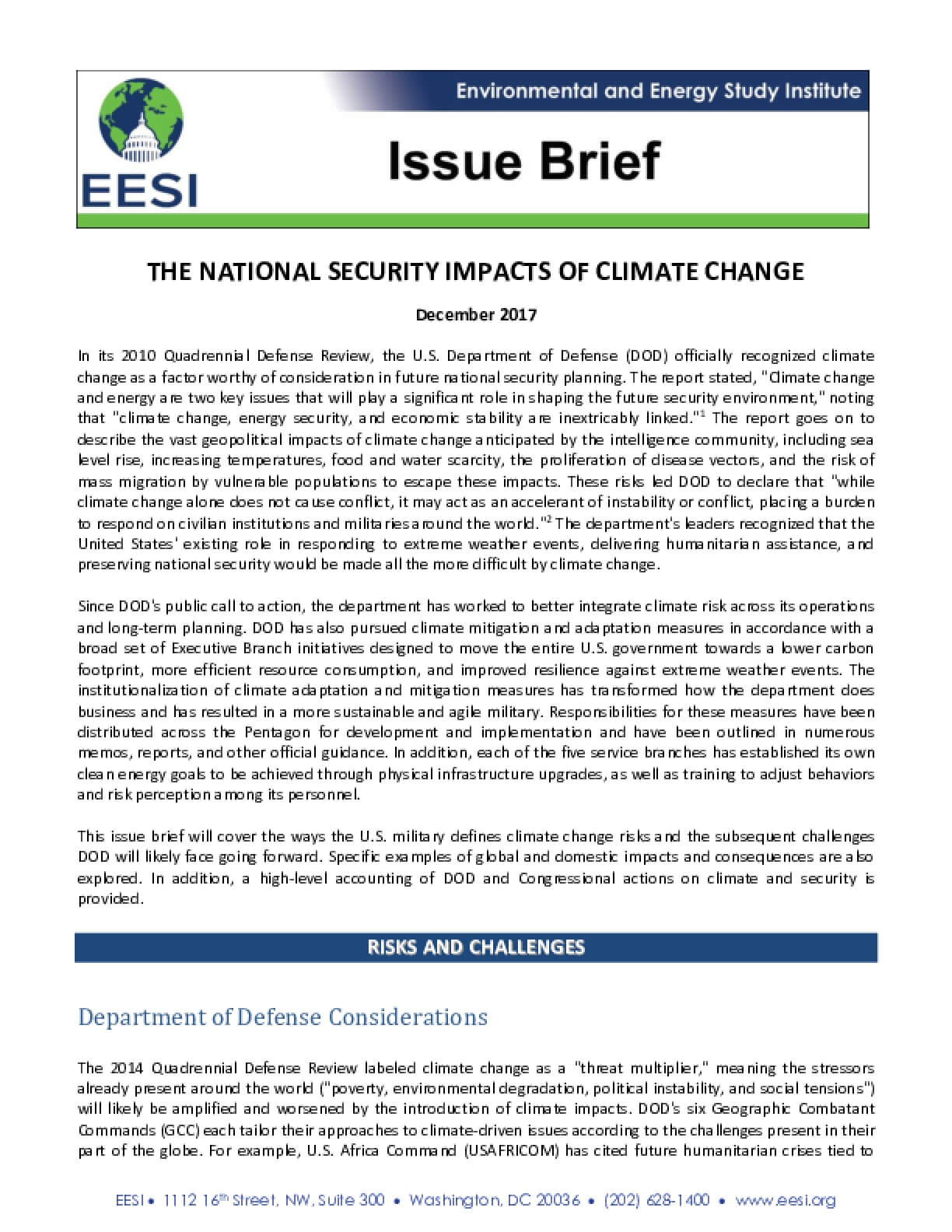