The New Feudalism: Why States Must Repeal Growth-Management Laws

Growth-management laws and plans, which strictly regulate what people can and cannot do with their land in the name of controlling urban sprawl, do far more harm than good and should be repealed. To correct the problems created by growth management, states should restrict the authority of municipal governments, especially counties, to regulate land uses. Some 13 states have growth-management laws that require local governments to attempt to contain urban growth. These laws take development rights from rural landowners and effectively create a "new feudalism" in which the government decides who gets to develop their land and how. The strictest laws are in California and Hawaii, followed by Oregon, Washington, New Jersey, and several Northeastern states. Growth-management advocates say that their policies protect farms and open space, save energy and reduce air pollution, and reduce urban service costs. However, farms and open space hardly need saving, as the nation has an abundance of both. There are much better ways of saving energy and reducing pollution that cost less and don't make housing unaffordable. Finally, the costs of growth management are far greater than the costs of letting people live in densities that they prefer. As compared to the trivial or nonexistent benefits of growth management, the costs are huge. Median home prices in growth-managed regions are typically two to four times more than those in unmanaged areas. Growth restrictions also dramatically increase home price volatility, making homeownership a riskier investment. Growth management slows regional growth, exacerbates income inequality, and particularly harms low-income families, especially minorities such as African Americans and Latinos. The key to keeping housing affordable is exactly the opposite of what growth management prescribes: minimizing the regulation of vacant lands outside of incorporated cities. Allowing developers to build on those lands in response to market demand will also discourage cities from overregulation lest they unnecessarily push development outside the city. 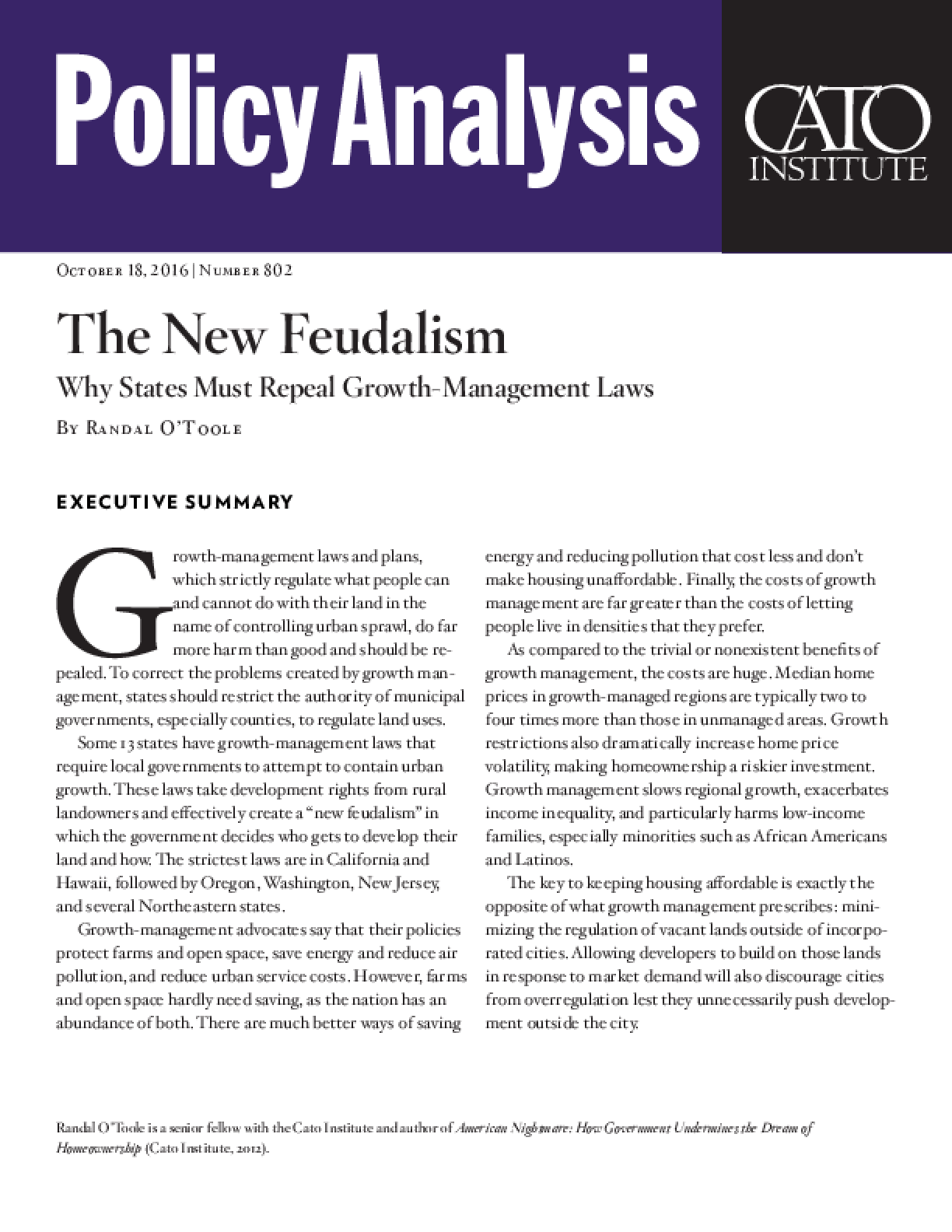