The mass incarceration of poor people of color represents a new American caste system that is the moral equivalent of Jim Crow. Today it is perfectly legal to discriminate against criminals in nearly all the ways it was once legal to discriminate against African Americans. The War on Drugs and the "get tough" movement explain the explosion in incarceration in the United States and the emergence of a vast, new racial undercaste in which the overwhelming majority of the increase in imprisonment has been poor people of color, with the most astonishing rates of incarceration found among black men. 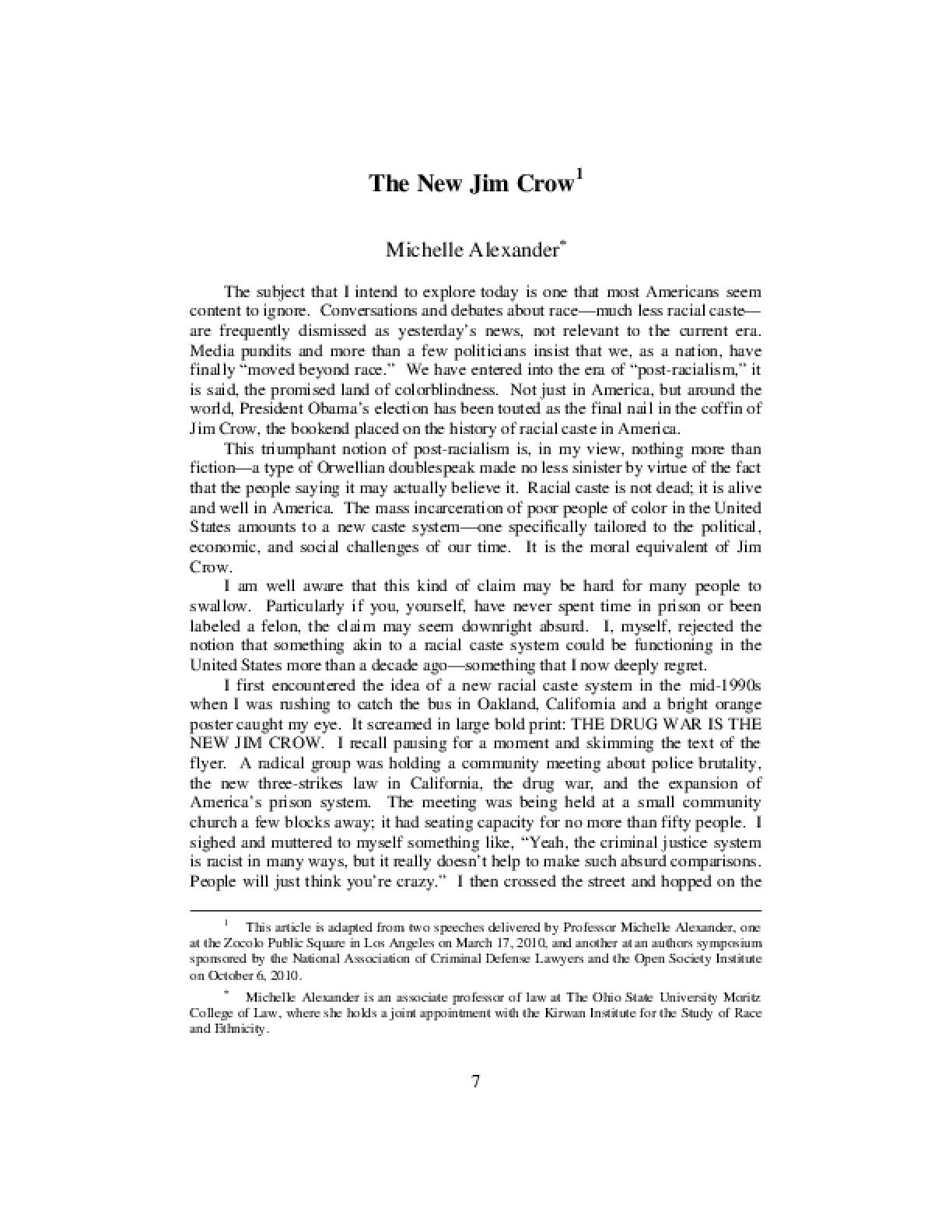