The New Orleans Index at Ten | July 20156When Hurricane Katrina struck and the levees protecting metro New Orleans failed, the western world witnessed an unprecedented catastrophe. More than 1,000 people died, more than a million were displaced, and total damage to the region was estimated at $151 billion. But since August 2005, the world has experienced multiple large-scale disasters including the 2010 earthquakes that devastated Haiti, the 2011 Great East Japan earthquake and tsunami that killed over 15,000 people, and Hurricane Sandy in 2012, which caused over 100 deaths and $67 billion in damage along the East Coast.

Southeast Louisiana alone has experienced multiple shocks since 2005. Hurricane Katrina was followed quickly by Hurricane Rita. In subsequent years, Hurricanes Ike, Gustav, and Isaac all caused extensive flooding and wind damage across the region. And in 2010, the Deepwater Horizon explosion gushed millions of barrels of oil into the Gulf, fouling miles of Louisiana's delicate coastal wetlands—New Orleans' first line of defense against storm surge.

Given the multiple shocks this region has suffered since 2005, the tenth anniversary of Katrina is an appropriate time to assess how the region has recovered from Katrina, and whether the city and metro area are fortifying the capacities necessary to be resilient in the face of any shock. Indeed since 2005, the prevalence of large scale disasters worldwide has drawn the attention of decisionmakers at every level. The lessons learned from New Orleans' recovery experience can inform how the world not only responds to future disasters, but also how it builds the resiliency capacities needed to withstand any shock. Our indicators suggest that while the New Orleans economy is rebounding, and in some ways better than before, several social and environmental trends may test New Orleans' resilience capacity in the future. 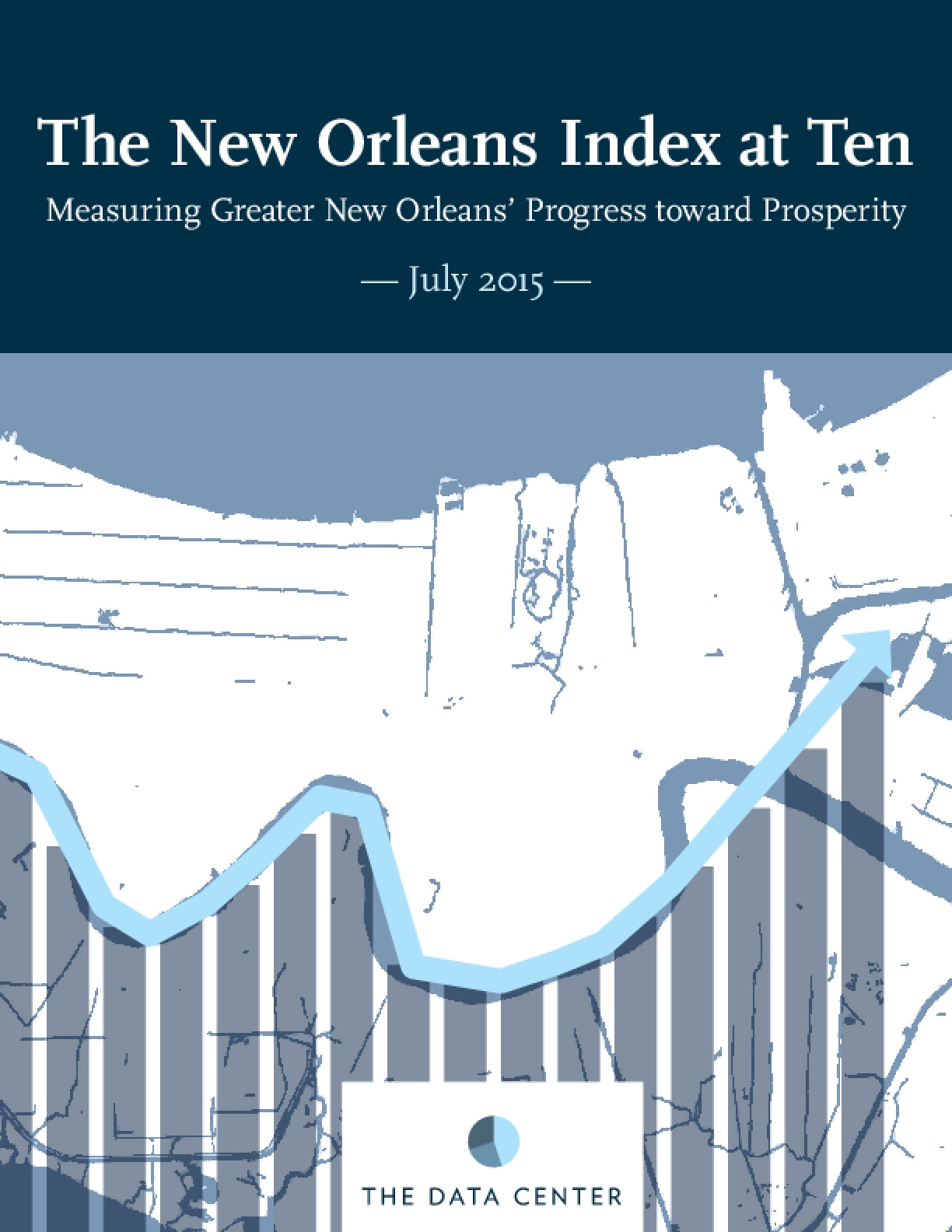