The Nonprofit Racial Leadership Gap in Massachusetts: A Race to Lead Brief

The survey results highlighted in this report are of particular interest given the stark circumstances of inequality that characterize the Boston metropolitan region, where 55% of the Massachusetts subsample reported they worked. A 2017 Boston Globe poll found that more than half of African-American/Black respondents considered Boston unwelcoming to people of color, positioning it as the least welcoming of eight cities studied. The Globe's related series on race depicted Boston as a city deeply segregated in its key institutions, with little change for decades in the dominance of white power brokers over public and private decision-making roles and where public expenditures for development prioritize wealthy white constituencies.4 Steady growth in technology, health/life sciences, and other service sector industries has been accompanied by high and rising inequality. A 2016 Brookings Institute study ranked Boston the number one city for income inequality in the nation.5 Another study that year by the Federal Reserve Bank of Boston found stark racial wealth gaps, with white households holding median wealth of $247,500 compared to near-zero wealth for U.S. Black and Dominican households.6 Meanwhile, the area's growth rests largely on immigrants and people of color, who make substantial contributions to the regional economy but reap fewer of its benefits.7 While these circumstances are especially stark in Boston, they reflect broad national trends, making the findings here potentially instructive beyond Massachusetts. 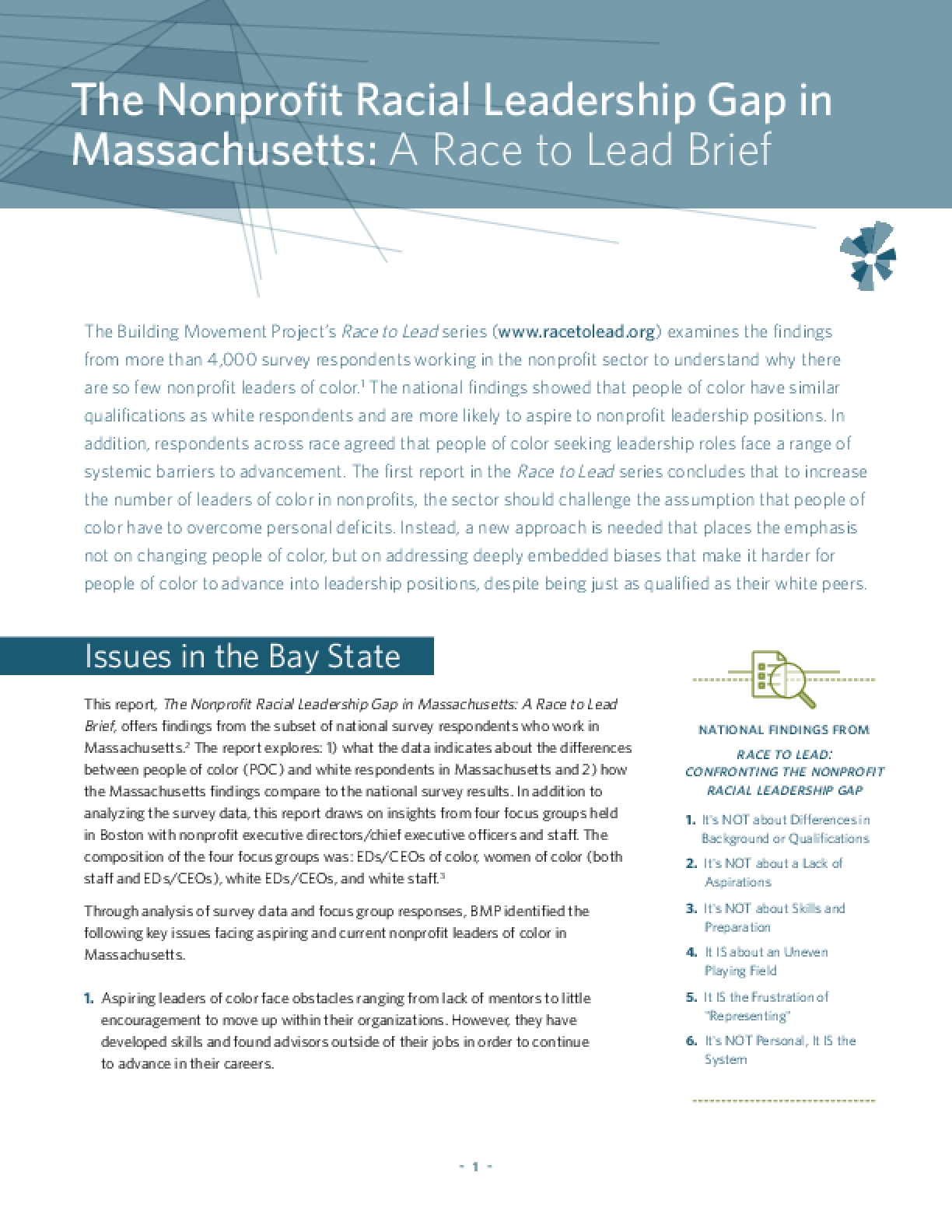