Plans for the proposed Outer Perimeter were scaled back after the Regional Transportation Plan (RTP) and State Implementation Plan (SIP) lapsed in 1998 due to non-compliance with national clean air standards. In place of the 200-mile circumferential route, a dramatically modified Northern Arc emerged as an alternative in the revised alternative of the Regional Transportation Plan released in the Spring of 1999 by the Atlanta Regional Commission. In the Summer of 1999 the State Department of Transportation held a series of Public Hearings on the proposed 59 mile route extending from I-75 in the Cartersville area eastward to I-85 and GA Route 316 in the Lawrenceville area. Without advocating a position on the project, this paper examines several issues requiring resolution prior to action for or against its ultimate construction.

Research Atlanta released a report in 1993 discussing issues for consideration in the public debate on the highway's fate. The current report lends some updated perspective on these issues and the text of the original report is contained in an appendix. 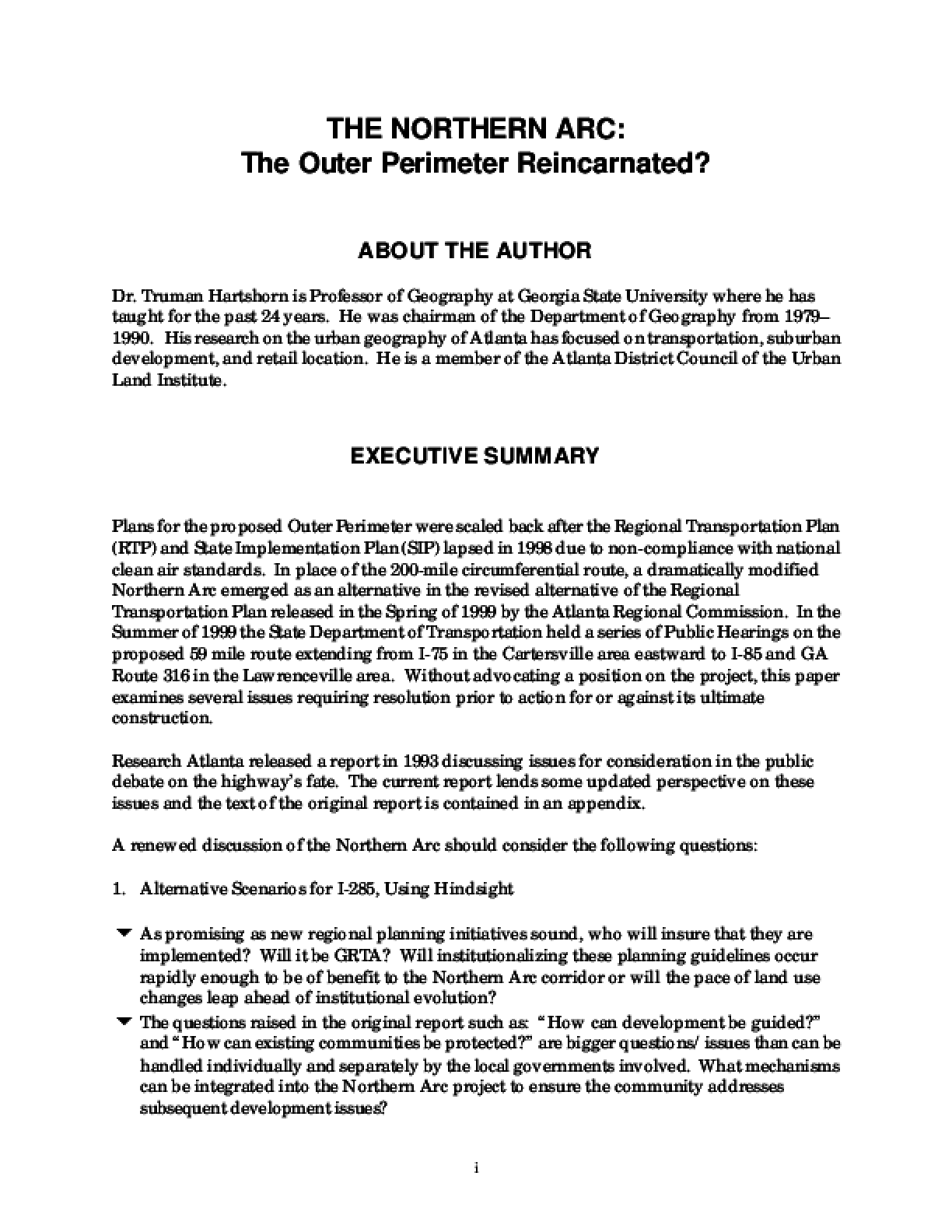