The Other Epidemic: Fatal Police Shootings in the Time of COVID -19

This report examines whether circumstances surrounding the public health crisis — unprecedented societal isolation combined with relaxed police department routine enforcement — has led to a change in the frequency with which the police fatally shoot people in the U.S. Using data from The Washington Post's "Fatal Force" database, this report provides national and state-level data on fatal shootings by police since 2015, including during COVID-19. Our analysis reveals that the police have continued to fatally shoot people at the same rate during the first six months of 2020 as they did over the same period from 2015 to 2019. The report also demonstrates that Black, Native American/Indigenous, and Latinx people are still more likely than white people to be shot and killed by police. The report puts forth a set of recommendations designed to reduce police departments' role, presence, responsibilities, and funding, including dramatically transforming use-of-force laws, and instead reinvest into community-based services that are better suited to respond to actual community needs. These measures can lead to a reduction in police interactions, and in turn, help put an end to racist police violence. 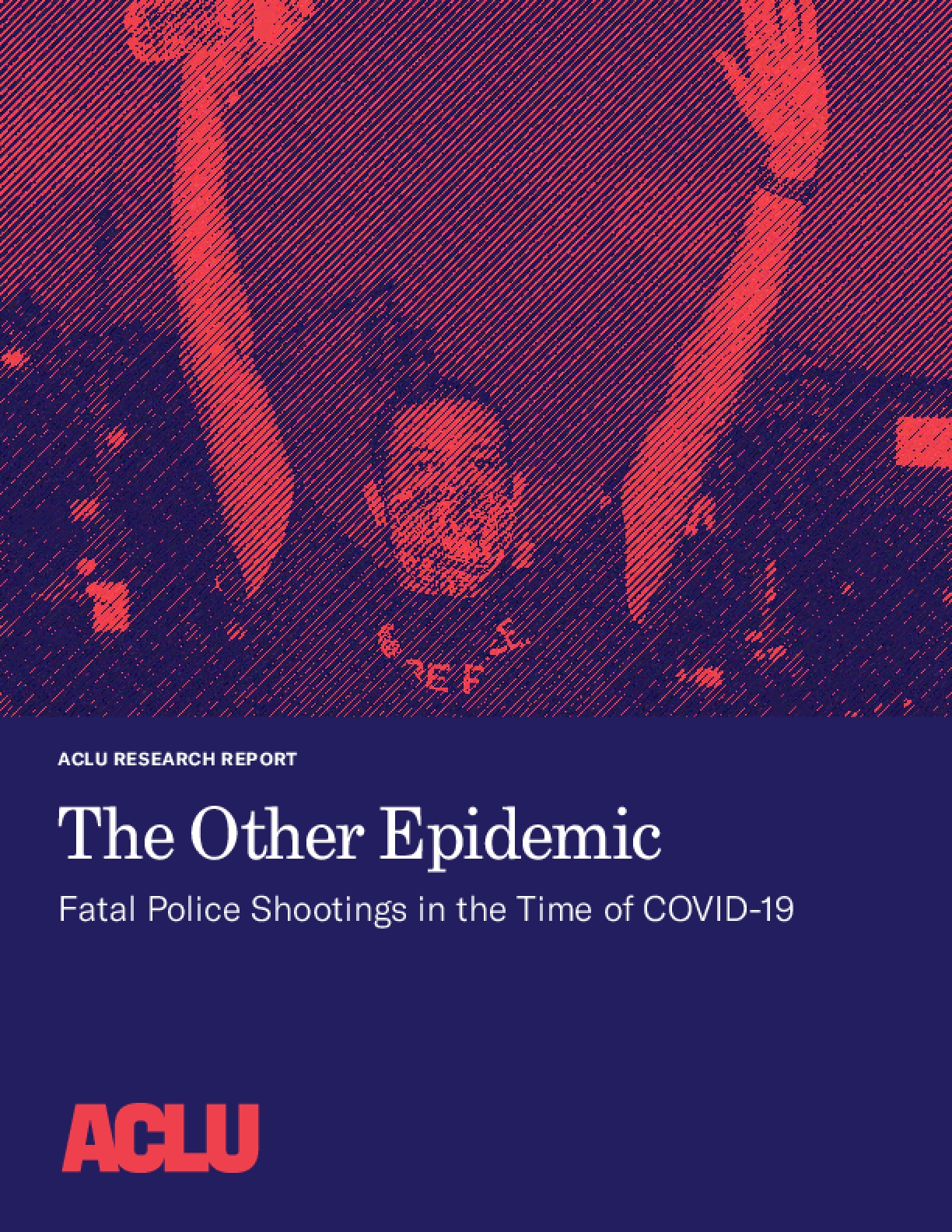