The Pact for Mexico after Five Years: How Has It Fared?

The Pact for Mexico pledged to institute policies that would usher in a new era of growth and prosperity for Mexico, through the implementation of a series of structural reforms. The timeline for implementation of the proposed reforms extended to the second semester of 2018.

This paper examines whether there has been progress toward the Pact's goals since it was signed; and whether any measures taken since then — including current economic policies — are likely to help Mexico break out of its long economic slump and forge a different path toward economic and social progress.

Five years into the Pact for Mexico, it is clear from the available data that the Pact's promises to launch a new era of economic and social progress have not begun to materialize. The authors conclude that the country's persistent sluggish growth, poverty, and inequality are rooted in a set of important economic policy choices that have been made consistently for a long time. 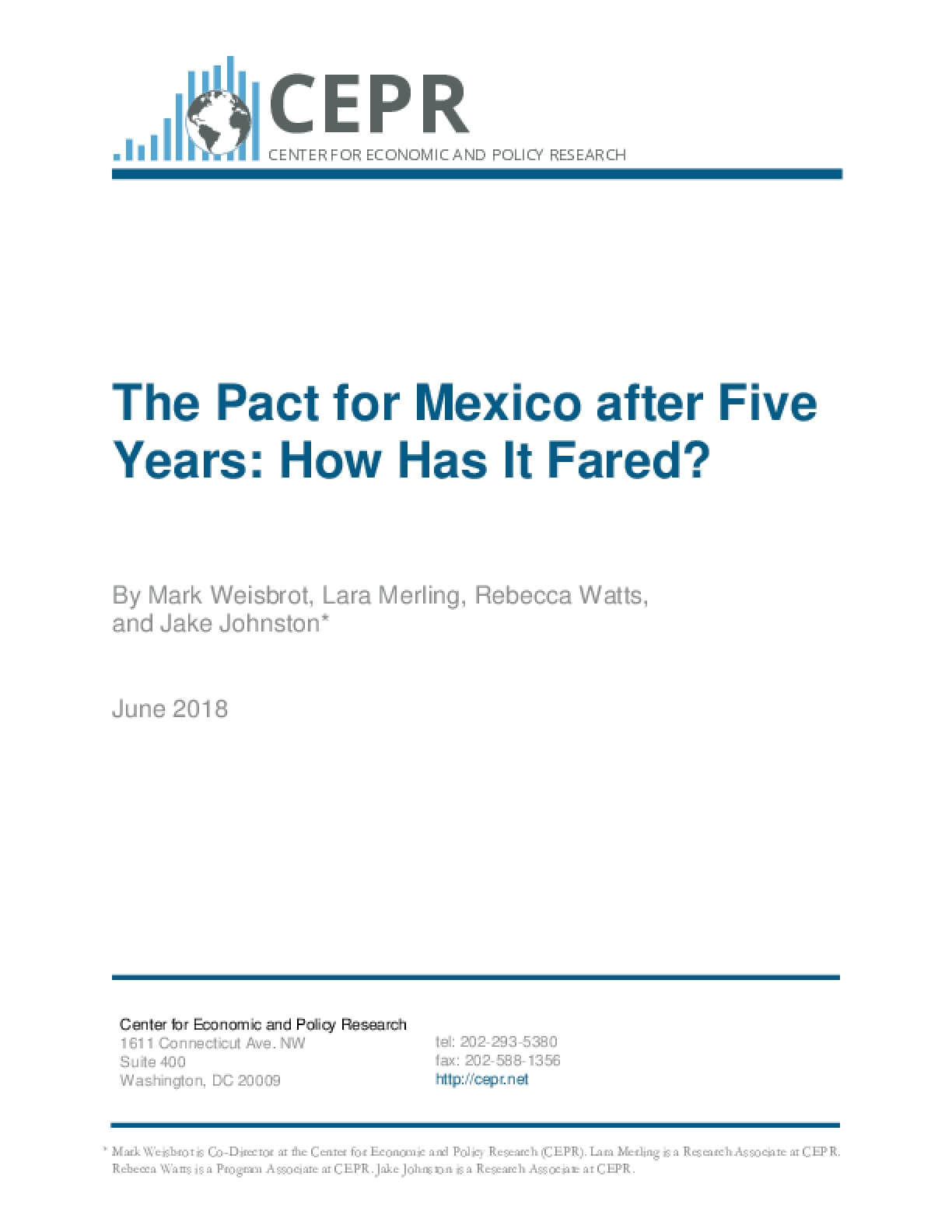