The Perfect Storm: The Closing Space for LGBT Civil Society in Kyrgyzstan, Indonesia, Kenya, and Hungary

While the late 20th century saw a blossoming of civil society organizations, the beginning of the 21st century has been a period of upheaval. In response to both the threat of terrorism and to growing populist pressure for democracy, transparency, and government accountability, states have used new laws and tactics to restrict freedom of association and freedom of expression. Lesbian, gay, bisexual, and transgender (LGBT) organizations have always faced such barriers, ranging from criminalization of same-sex sexuality, to refusal of the right to register organizations or hold public events, to the shutdown of websites. In recent years, some countries have also ratified new laws that explicitly prohibit groups engaged in "LGBT propaganda." In other countries, politicians have mobilized resurgent nationalism by publicly scapegoating LGBT groups as representing "foreign values." These overlapping trends have created a "perfect storm" for LGBT civil society organizations caught in simultaneous waves of political pressure. This report examines how these forces are affecting LGBT groups in four countries: Kyrgyzstan, Indonesia, Hungary, and Kenya. The report also highlights these groups' resilience, and how many have found ways to survive and thrive in restrictive and often threatening environments. 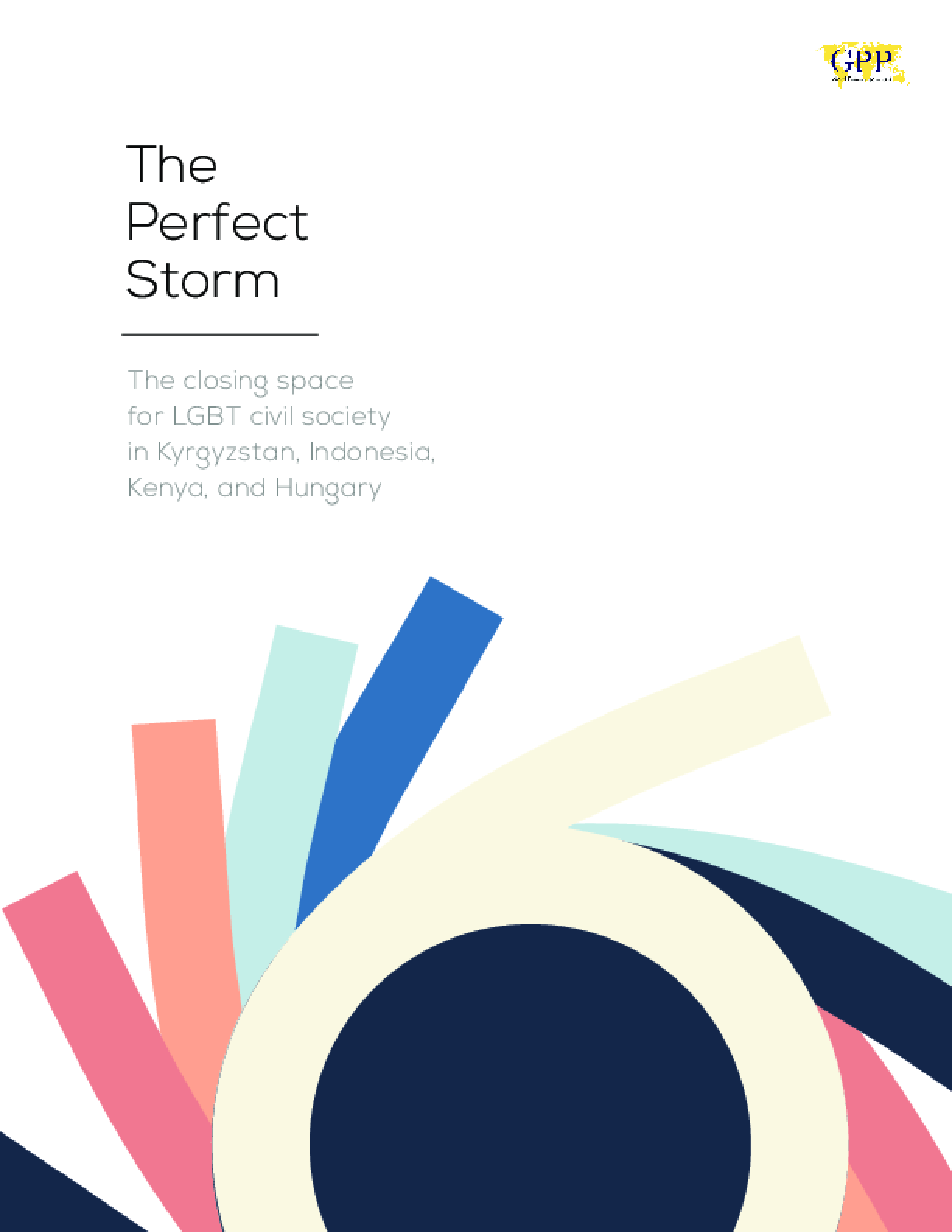