A new analysis of growth compared Portland's record at curbing sprawl and protecting rural land with 14 other US cities, including Seattle and Boise. The study, which is part of Sightline's Cascadia Scorecard project, found that Oregon's land-use policies excel in protecting rural land and curbing low-density sprawl.

Person for person in the last decade, new development in metropolitan Portland consumed less than half as much land as the average city in the study. 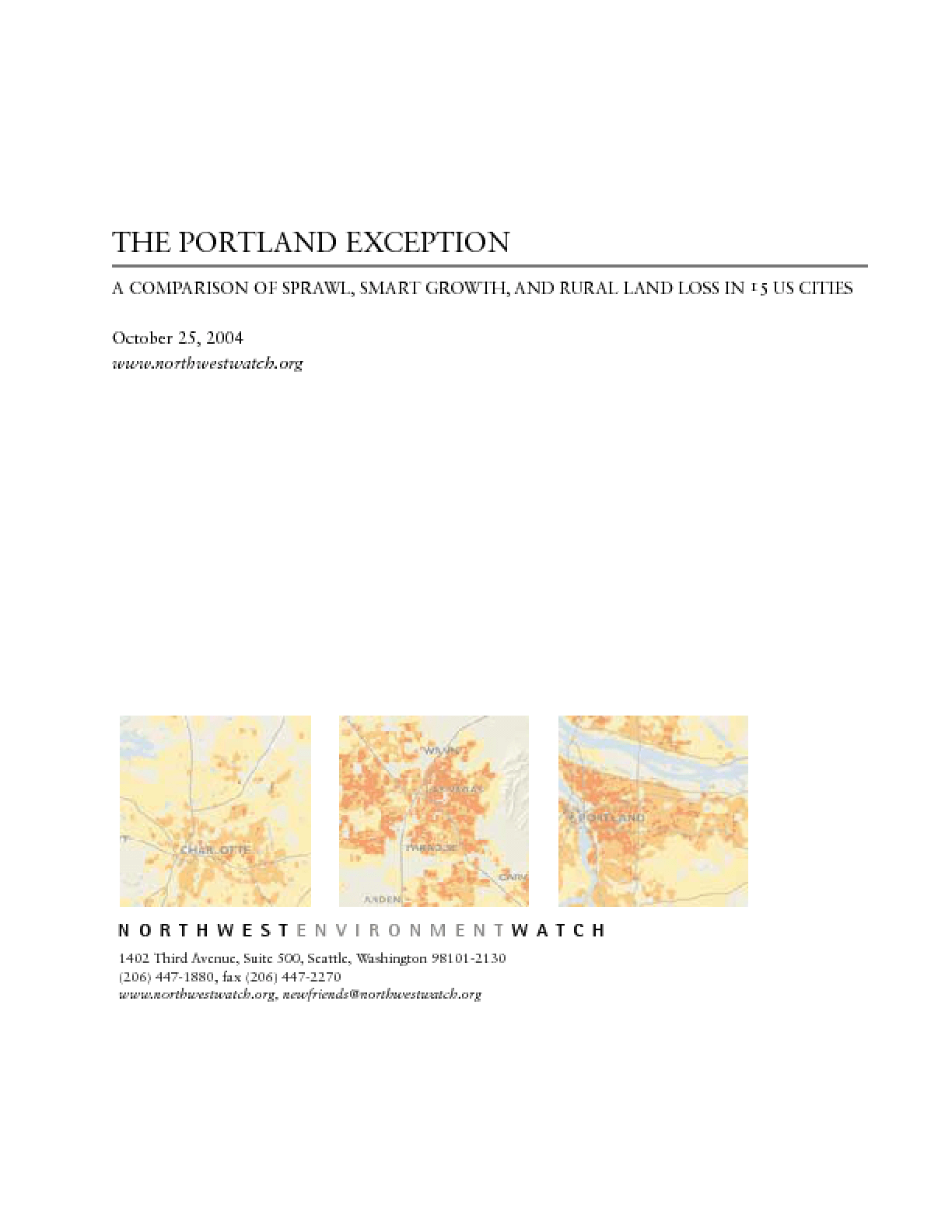