The Potential Savings to Social Security from Means Testing

Means testing, or reducing Social Security payments to affluent beneficiaries, has been touted as an effective way to reduce the cost of the program. This report examines the feasibility of several different means testing scenarios and finds the potential savings to be rather limited. The report, "The Potential Savings to Social Security from Means Testing," first describes the distribution of Social Security benefits by income level. The authors then look at the effects of phasing out benefits at rates of 10 and 20 percent of every dollar of non-Social Security income above $40,000 or $100,000 and find little in the way of potential savings to Social Security. The savings are even less when behavioral responses in the form of tax avoidance or tax evasion are factored in, since a means test would effectively be an increase in the marginal tax rate for wealthier seniors. The data show that over 75 percent of social security benefits go to individuals with non-Social Security income of less than $20,000 and 90 percent goes to those with non-Social Security income of less than $40,000 a year as of 2009. If means testing that phased out benefits at 10 percent were applied to those who make $100,000 a year and assuming no change in behavior, it would only save Social Security 0.74 percent of its outlays. At a 20 percent rate, this would only yield savings equal to1.33 percent of costs. If the phase out were dropped down to $40,000, hardly wealthy by any standard, the overall savings would just be 2.77 percent of costs at the 10 percent rate and only 4.65 percent of costs at the 20 percent rate. Accounting for behavioral responses would lead to even smaller savings, could cut these potential savings by half or more. Mean testing would also raise the cost of the program. The retirement program currently has very low costs. If the administrative expenses rose to the level of the disability portion of the Social Security program, the higher costs would likely exceed any savings from a means test. On net, a means test would appear to be a dubious way to reduce the cost of Social Security. 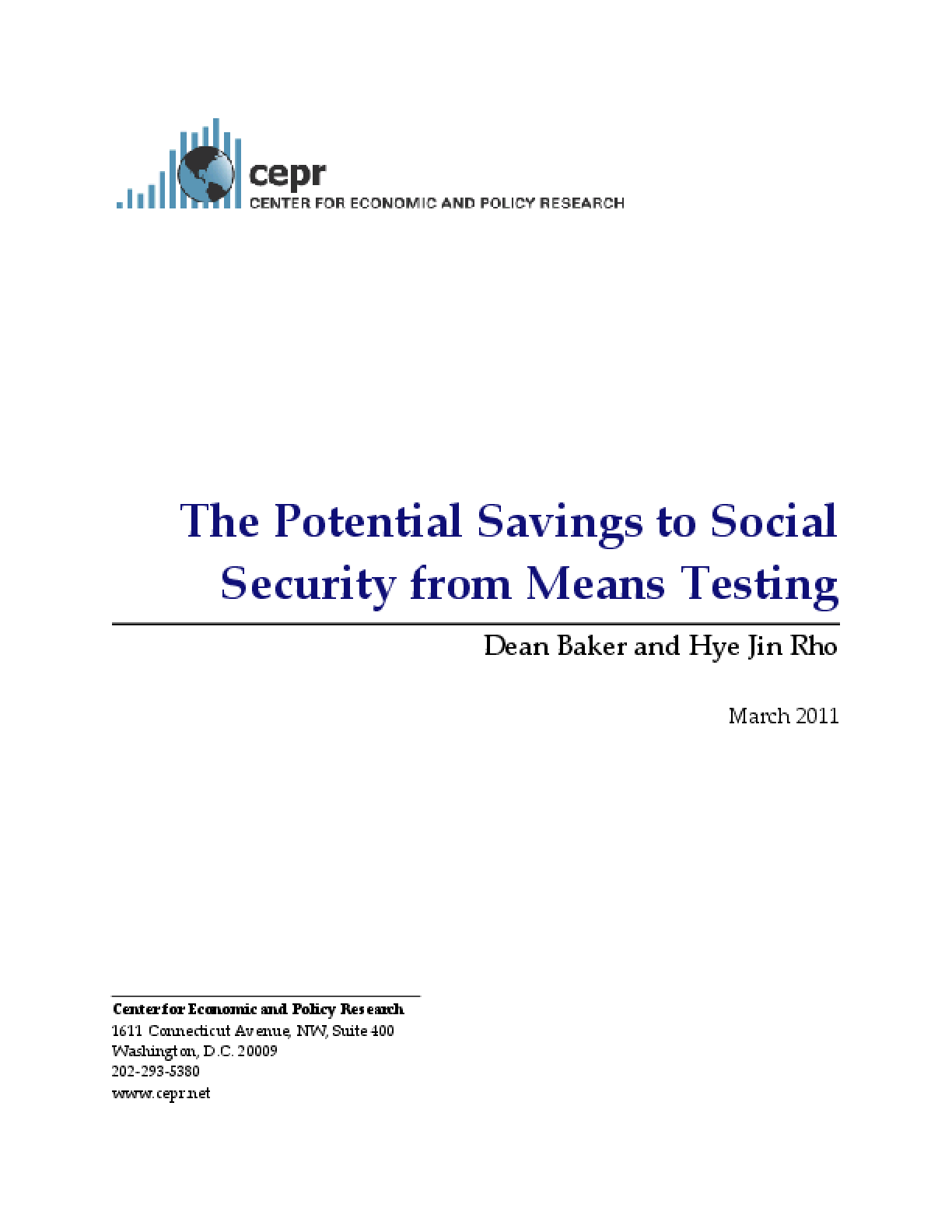