The Pitcairn Islands, by virtue of their small size and isolation, do not have many obvious economic options, but tourism based on their environment and history is an opportunity that could provide employment, income, and increased connection to the outside world. The creation of the world's largest marine reserve in the Pitcairn Islands would greatly enhance the territory's image and provide an opportunity for increased awareness of the islands and their unique tourism offerings. The proposed marine reserve represents a realistic opportunity for building a sustainable economic future for Pitcairn's resident population. Environmentally responsible marine tourism has enormous potential for generating reliable revenues for the Pitcairn islanders and overcoming chronic problems of economic marginalisation caused by the islands' extreme geographic isolation. 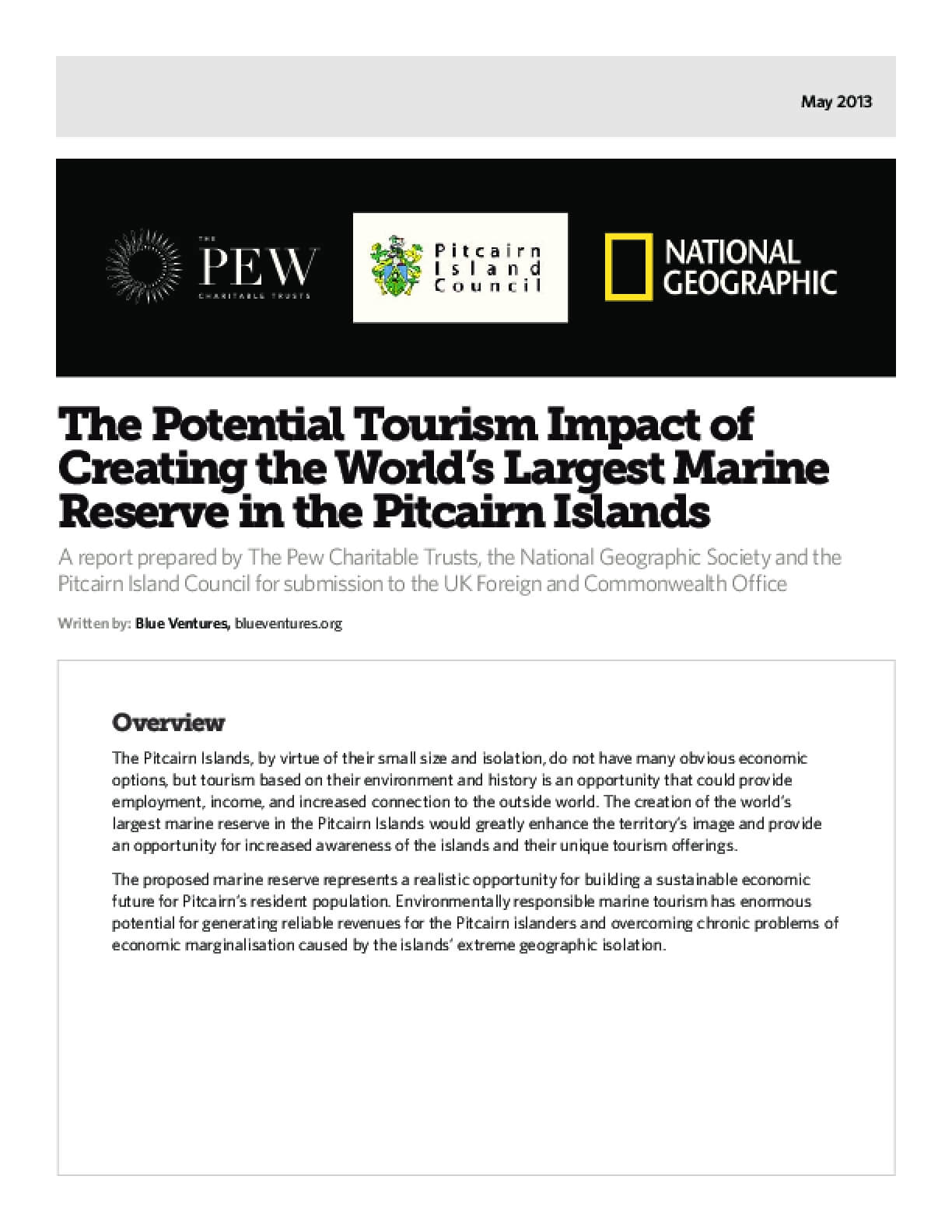