The Power of Primary Schools to Change and Sustain Handwashing with Soap among Children: The Cases of Vietnam and Peru

World Bank Water and Sanitation Program's Global Scaling up Handwashing Project, funded by the Bill and Melinda Gates Foundation, is an effort to expand handwashing among women and children by using innovative promotional approaches. This working paper provides case studies of the project in Vietnam and Peru. Both used entertainment education and teacher capacity building, but as a result of differences in government and education contexts, as well as child-focused research that revealed important cultural differences, programs varied substantially among the two locations. In both cases, the primary school setting was found to be an effective site for improving handwashing. 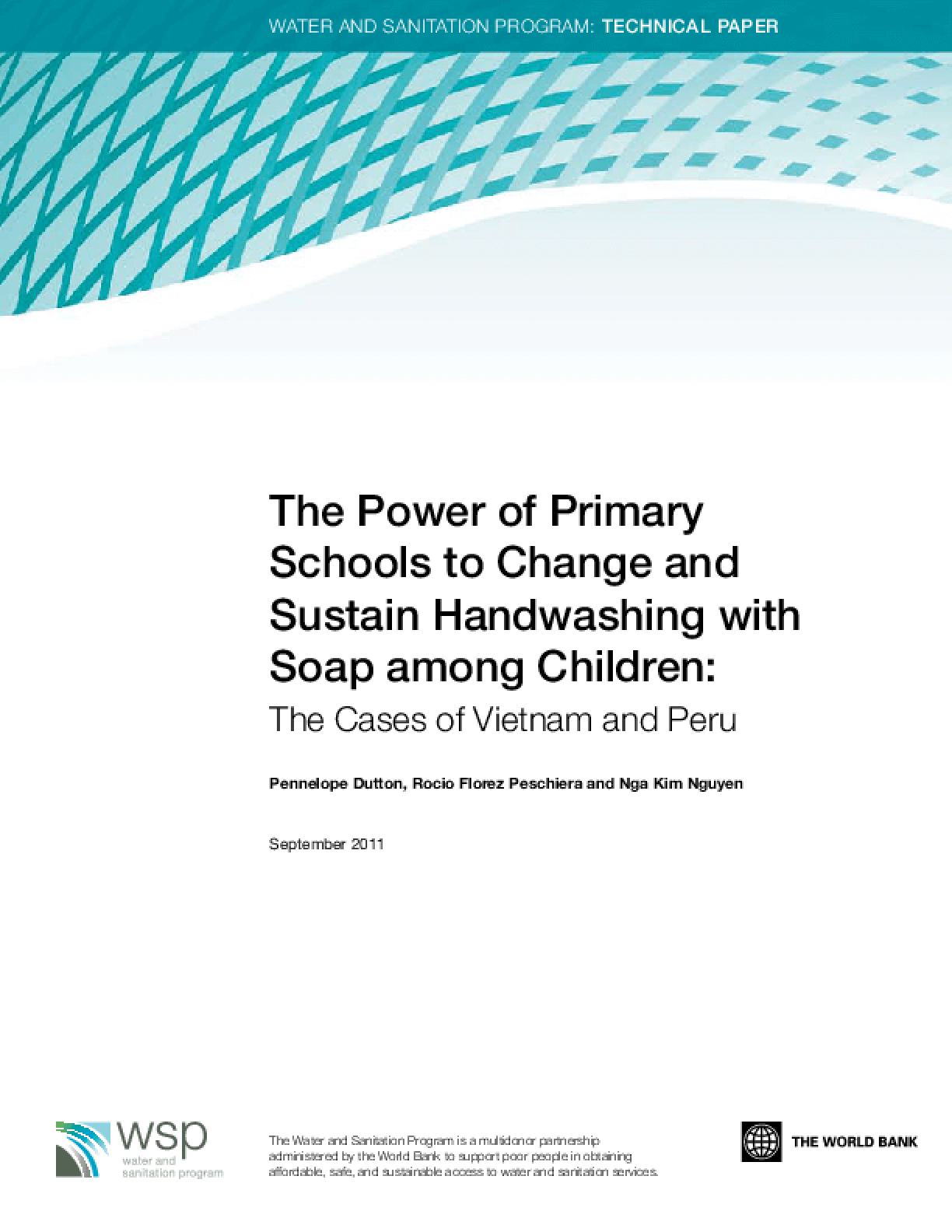