The Power of the Latino Vote in America: They Tipped Elections in 2008; Where Will they be in 2010?

Over the past decade, Latino voters have steadily increased their political power, and made a decisive impact in races at all levels, including the Presidency. In 2010, Latino voters are poised to play a crucial role in key House and Senate races across the country. Many analysts have noted that as the Latino electorate grows in size and power, candidates from all political parties must take their views into account to remain viable in an increasing number of House and Senate races as well as future Presidential contests. While trending Democratic overall, at least one segment of the Latino electorate -- foreign-born, naturalized U.S. citizens of Latino descent, who represent 40% of the Latino voter population -- has proven to be a true swing constituency. Candidates for political office in 2010, elected officials, and political strategists would be wise to not just look at how Latino voters are likely to vote this cycle, but why. This report lays out trends in Latino voting patterns over the last several years, and examines some of the factors that motivate and influence this segment of the electorate. The report features a list of "Races to Watch" -- forty battleground House and Senate contests where Latino voters will play a key role -- and details the Congressional districts where Latino voting power is most concentrated. 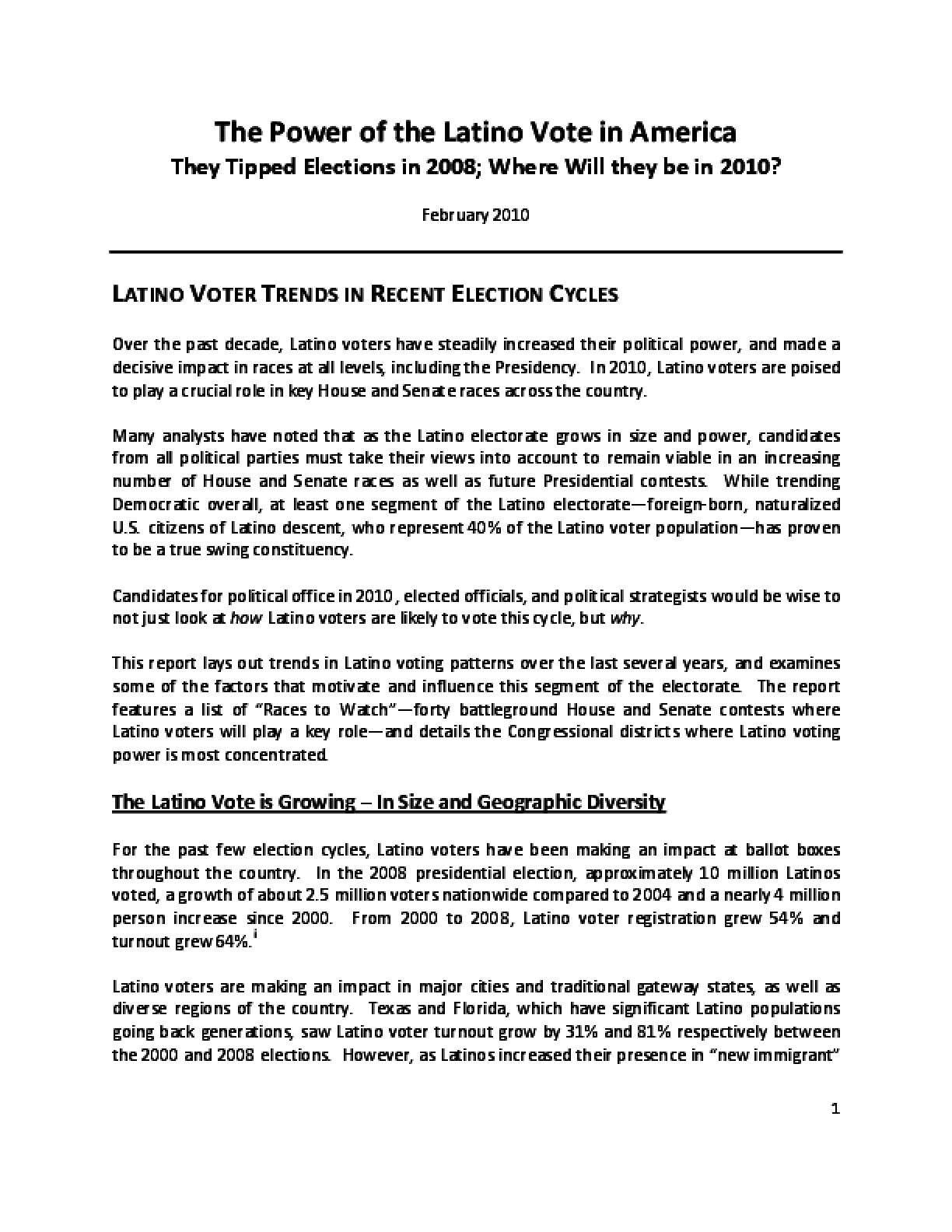