The Problem of Underinsurance and How Rising Deductibles Will Make It Worse: Findings from the Commonwealth Fund Biennial Health Insurance Survey, 2014

New estimates from the Commonwealth Fund Biennial Health Insurance Survey, 2014, indicate that 23 percent of 19-to-64-year-old adults who were insured all year -- or 31 million people -- had such high out-of-pocket costs or deductibles relative to their incomes that they were underinsured. These estimates are statistically unchanged from 2010 and 2012, but nearly double those found in 2003 when the measure was first introduced in the survey. The share of continuously insured adults with high deductibles has tripled, rising from 3 percent in 2003 to 11 percent in 2014. Half (51%) of underinsured adults reported problems with medical bills or debt and more than two of five (44%) reported not getting needed care because of cost. Among adults who were paying off medical bills, half of underinsured adults and 41 percent of privately insured adults with high deductibles had debt loads of $4,000 or more. 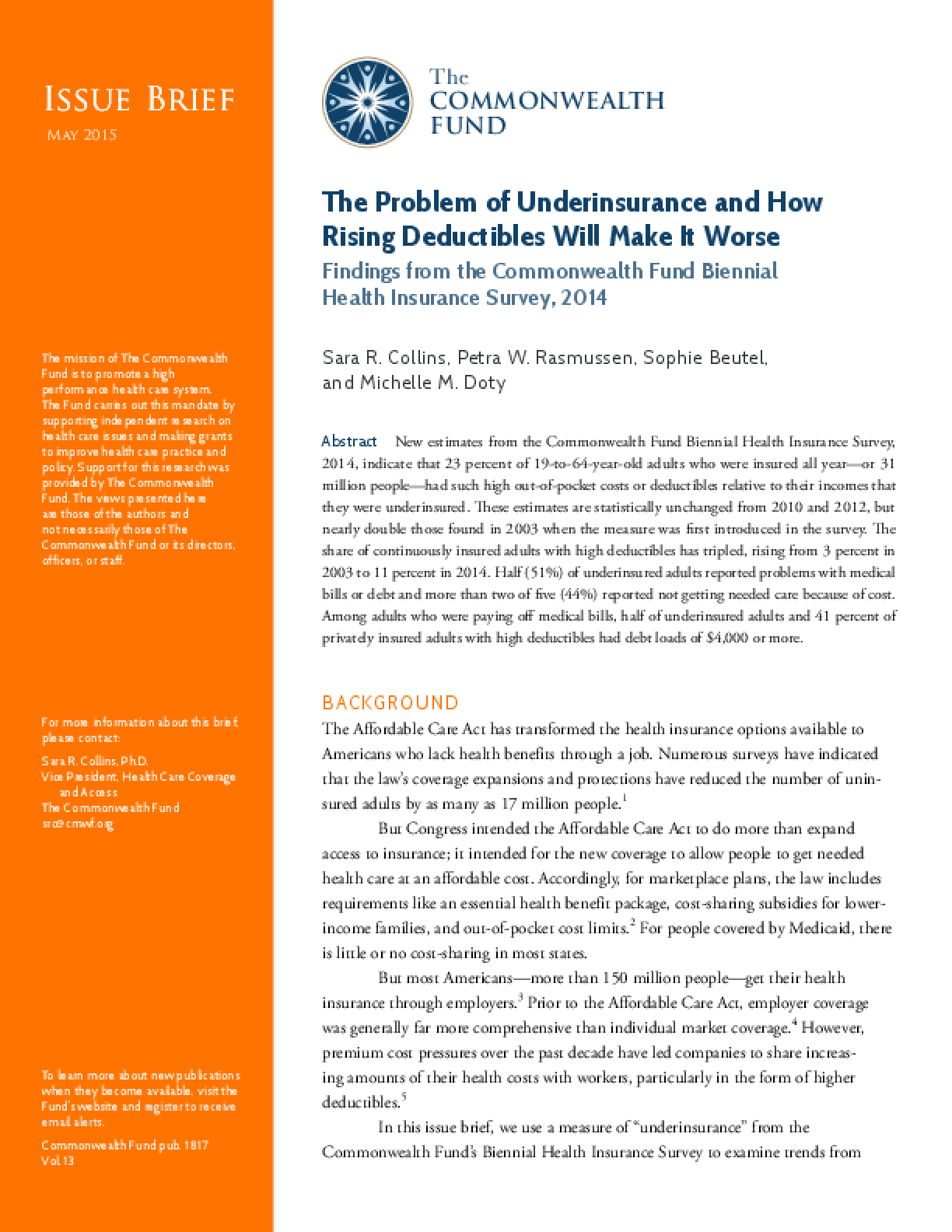