The Problem with Blaming Men for Not Working: A Comparison of Labor Market Outcomes for Men and Women

Researchers, partially in response to the slow labor market recovery from the Great Recession and the 2016 presidential election in the United States, are interested in why men, and particularly men without a college education, aren't as likely to be working. Some explanations point to survey data on how leisure time is used to argue that men aren't working because they would rather do something else (such as play video games, or engage in other online leisure activities). Other research points to how increasing opioid usage is causing men to be unable to work. One problem with these explanations is that within specific age and education groups, changes to women's employment outcomes are often actually worse than men's. That is, the "problem with men" is not specific to men.

This short paper compares changes since 1990 to men's and women's employment rates (also called the employment-population ratio) for three age subgroups of men and women without a college education. Changes to the employed share of each group show up in the group's employment rate, therefore discussion focuses on explanations for similarities and differences in trends in men's and women's employment rates since 2000. According to the latest available microdata — the September 2017 Current Population Survey (CPS) — roughly 45 million Americans between the ages of 25 and 54 (sometimes referred to as "prime-age") report a high school diploma or less as their highest level of educational attainment (35.7 percent of the age 25 to 54 population). Of this group, slightly more than half, or 54.2 percent, are men. The prime-age group is divided into ten-year age subgroups (25–34, 35–44, and 45–54) to reduce the effect of demographic trends on employment rate data. 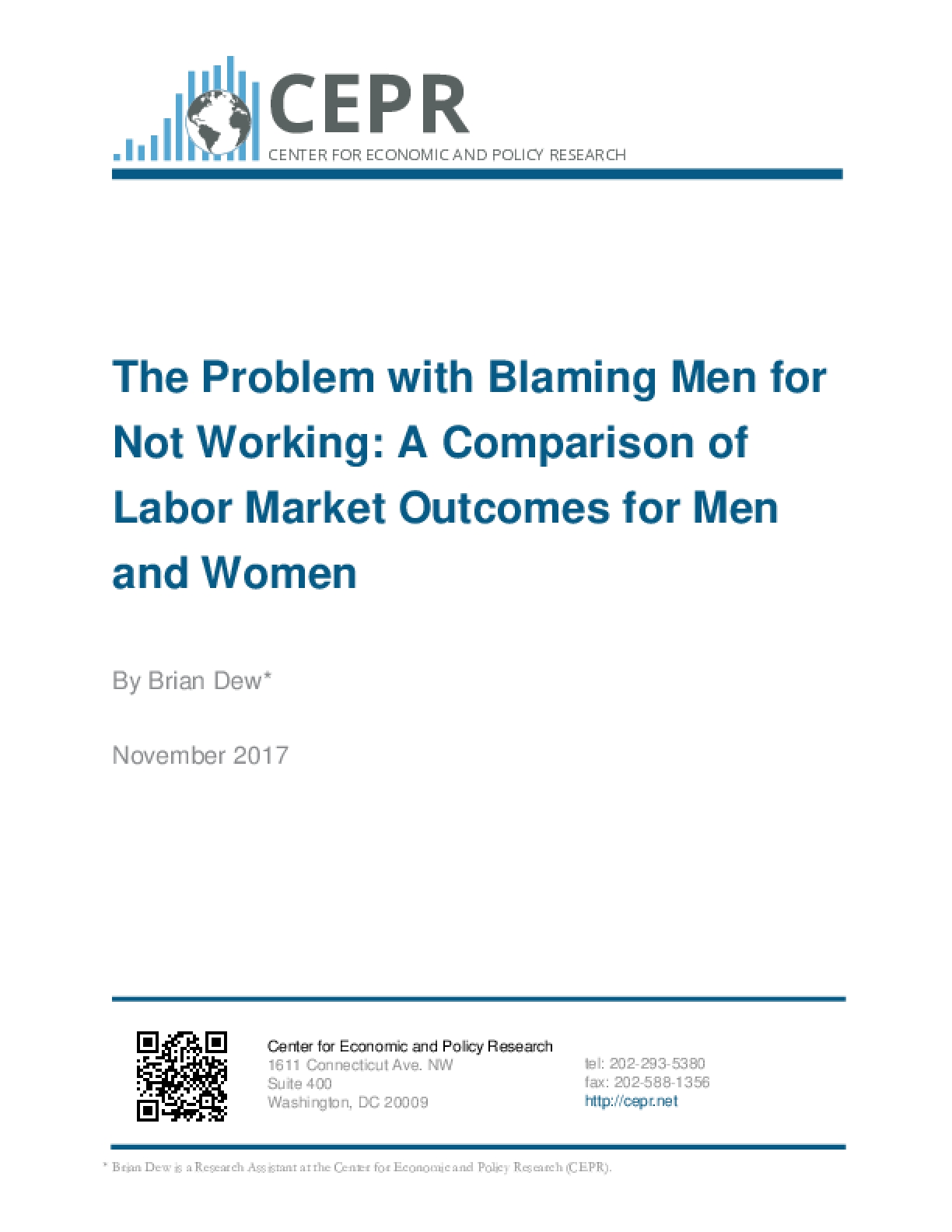