The Public, the Political System and American Democracy

At a time of growing stress on democracy around the world, Americans generally agree on democratic ideals and values that are important for the United States. But for the most part, they see the country falling well short in living up to these ideals, according to a new study of opinion on the strengths and weaknesses of key aspects of American democracy and the political system. The public's criticisms of the political system run the gamut, from a failure to hold elected officials accountable to a lack of transparency in government. And just a third say the phrase "people agree on basic facts even if they disagree politically" describes this country well today. The perceived shortcomings encompass some of the core elements of American democracy. An overwhelming share of the public (84%) says it is very important that "the rights and freedoms of all people are respected." Yet just 47% say this describes the country very or somewhat well; slightly more (53%) say it does not. Despite these criticisms, most Americans say democracy is working well in the United States – though relatively few say it is working very well. At the same time, there is broad support for making sweeping changes to the political system: 61% say "significant changes" are needed in the fundamental "design and structure" of American government to make it work for current times. The public sends mixed signals about how the American political system should be changed, and no proposals attract bipartisan support. Yet in views of how many of the specific aspects of the political system are working, both Republicans and Democrats express dissatisfaction. To be sure, there are some positives. A sizable majority of Americans (74%) say the military leadership in the U.S. does not publicly support one party over another, and nearly as many (73%) say the phrase "people are free to peacefully protest" describes this country very or somewhat well. In general, however, there is a striking mismatch between the public's goals for American democracy and its views of whether they are being fulfilled. On 23 specific measures assessing democracy, the political system and elections in the United States – each widely regarded by the public as very important – there are only eight on which majorities say the country is doing even somewhat well. The new survey of the public's views of democracy and the political system by Pew Research Center was conducted online Jan. 29-Feb. 13 among 4,656 adults. It was supplemented by a survey conducted March 7-14 among 1,466 adults on landlines and cellphones. 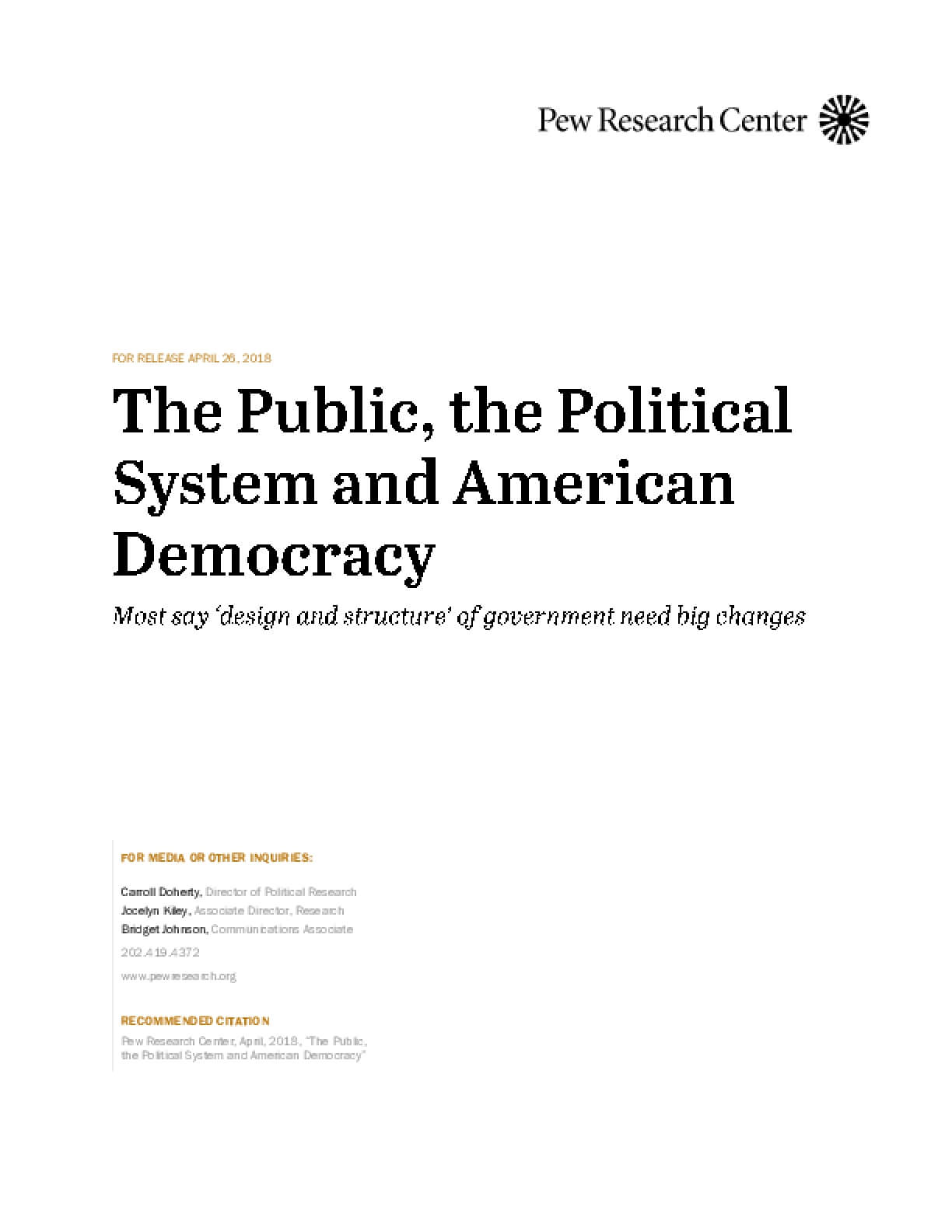