The Racial Confidence Gap in Police Performance: Blacks, Whites Also Have Dramatically Different Views on Causes of Fatal Encounters Between Blacks and Police

The deep racial tensions seen in many areas of American life underlie how blacks and whites view police in their communities, as well as their reactions to the deadly encounters in recent years between blacks and law enforcement officers, according to a new survey by Pew Research Center.

Only about a third of blacks but roughly three-quarters of whites say police in their communities do an excellent or good job in using the appropriate force on suspects, treating all racial and ethnic minorities equally and holding officers accountable when misconduct occurs. Roughly half of all blacks say local police do an excellent or good job combating crime – a view held by about eight-in-ten whites. 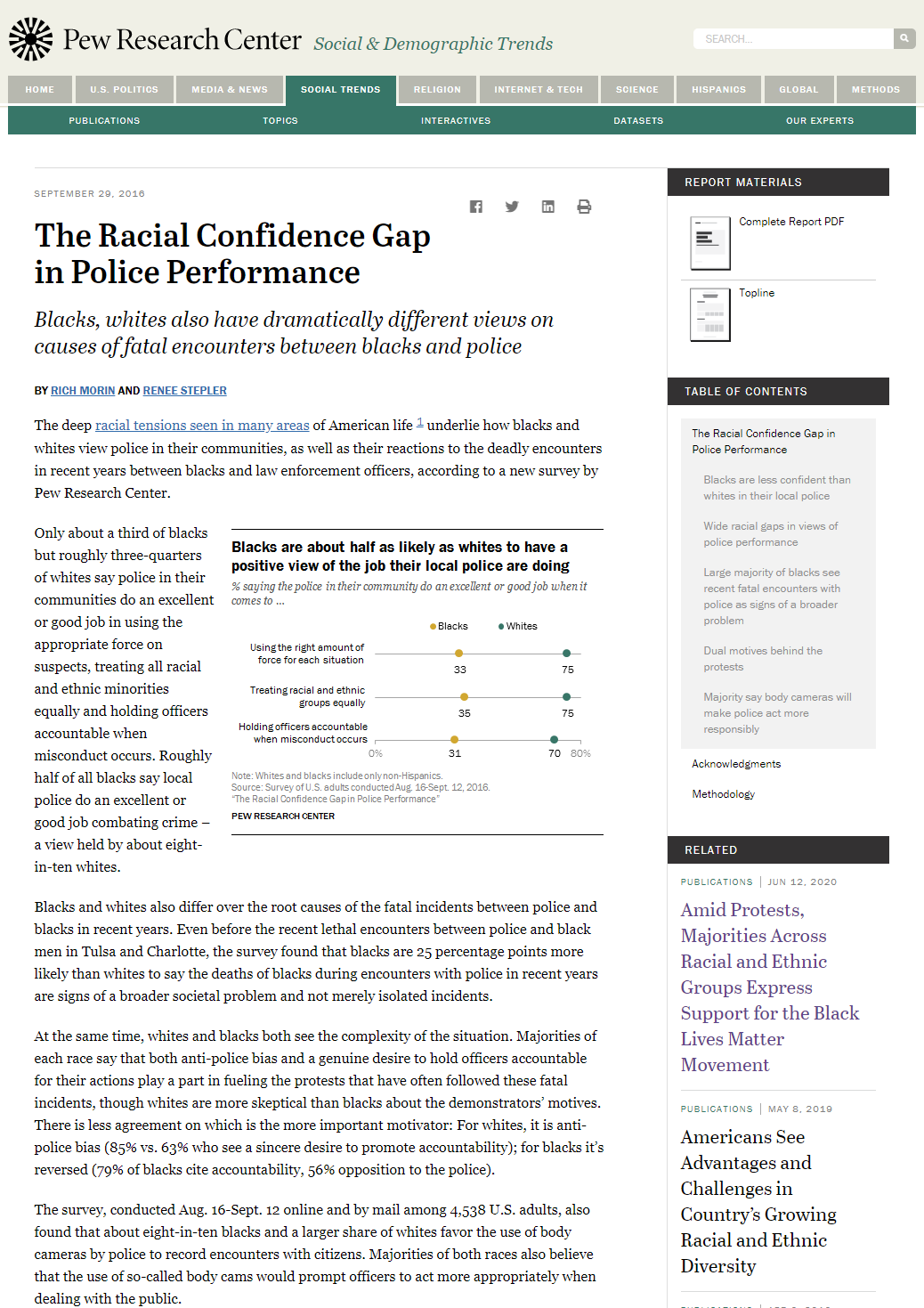