The Regulatory Tsunami That Wasn’t

Since the midterm elections, business has been complaining that the Obama administration is pushing a "tsunami" of new regulations. This charge has been repeated by some lawmakers on Capitol Hill as a justification for their efforts to roll back, delay, and even block improved standards and safeguards. It is a theme of the 2012 presidential election, as the two main political parties have very different points of view. But what is the reality? Has the Obama administration adopted more regulations than its predecessors?

As we engage in a national debate about the role that government can and should play in establishing standards that protect us and our quality of life from unnecessary risks, it's important to work from the facts and a full understanding of the rulemaking process. 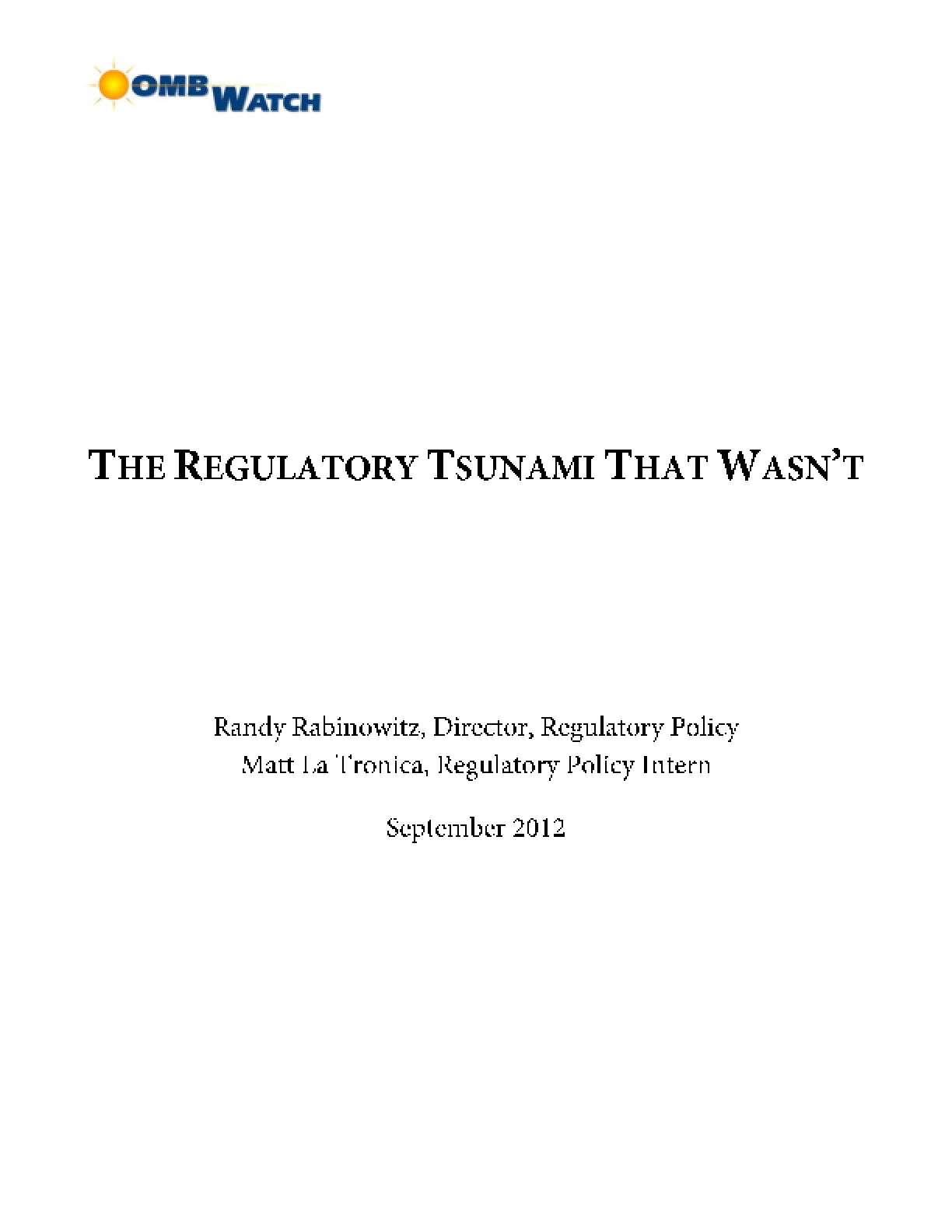