by Bruce A. Seaman

Despite concerns as to its reliability and expense, the contingent valuation method (CVM) of measuring regional economic impacts is rapidly spreading from its traditional base in environmental economics to cultural economics, nearly supplanting the still popular but also flawed economic impact methodology (EIM). While applying multiple approaches to the valuation of quasi-public cultural assets would seem wise, as is common in business valuations, the prohibitive expense of competently conducting either study has made that rare. Furthermore, since the conceptual relationship between these two (or more) approaches has not been systematically explored, it is unclear whether one should sum the valuations of the two approaches to obtain the "full valuation" (the complementary case), or treat those two approaches as alternatives for estimating the same value (the substitution case). Six options for the weighting of the results of CVM and EIM studies are explored, including the possibility that poorly done naïve economic impact studies (NEIM) could actually serve as low cost proxies for more conceptually sophisticated CVM studies in the valuation of cultural and other "mixed" goods. Extensions to other regional impact models such as travel cost and hedonics would also be important in fully understanding the relationships among differing approaches to measuring the regional economic impact of institutions and events. Working Paper 07-05 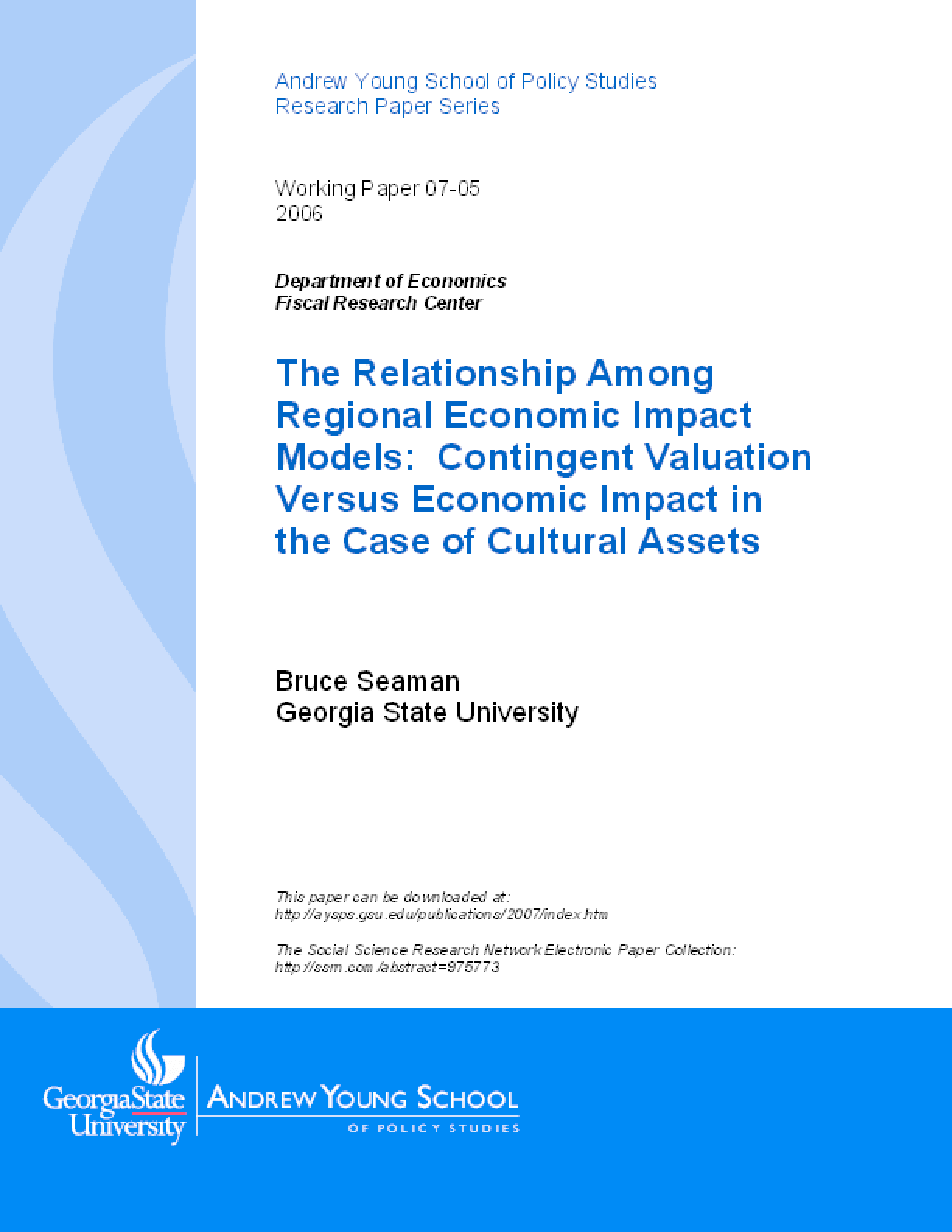