The Report of The Constitution Project's Task Force on Detainee Treatment

The Constitution Project's blue-ribbon Task Force on Detainee Treatment is made up of former high-ranking officials with distinguished careers in the judiciary, Congress, the diplomatic service, law enforcement, the military, and other parts of the executive branch, as well as recognized experts in law, medicine and ethics. The group includes conservatives and liberals, Republicans and Democrats. The Task Force was charged with providing the American people with a broad understanding of what is known -- and what may still be unknown -- about the past and current treatment of suspected terrorists detained by the U.S. government during the Clinton, Bush and Obama administrations. This report is the product of more than two years of research, analysis and deliberation by the Task Force members and staff. It is based on a thorough examination of available public records and interviews with more than 100 people, including former detainees, military and intelligence officers, interrogators and policymakers. It is a comprehensive record of detainee treatment across multiple administrations and multiple geographic theatres -- Iraq, Afghanistan, Guantánamo and the so-called "black sites" -- yet published. 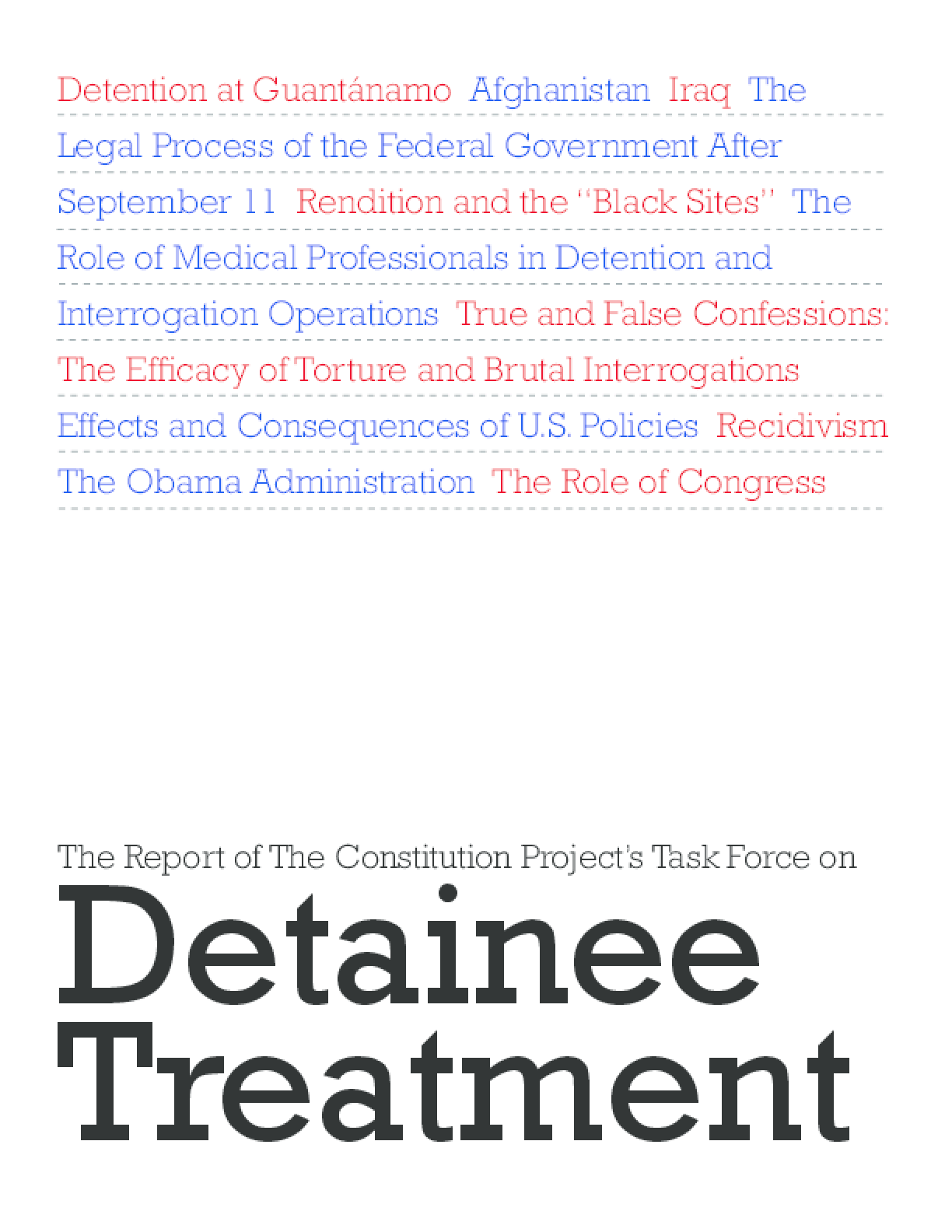