When the Republicans gained control of Congress in 1994, they promised to eliminate the deficit and reduce wasteful spending. For several years, the GOP partly upheld its commitment by modestly curtailing spending growth and balancing the budget. Unfortunately, the balanced budgets of the late 1990s created an "easy money" mindset in Congress, which began a spending spree that continues unabated today. Total federal outlays will rise 29 percent between fiscal years 2001 and 2005 according to the president's fiscal year 2005 budget released in February. Real discretionary spending increases in fiscal years 2002, 2003, and 2004 are three of the five biggest annual increases in the last 40 years. Large spending increases have been the principal cause of the government's return to massive budget deficits. Although defense spending has increased in response to the war on terrorism, President Bush has made little attempt to restrain nondefense spending to offset the higher Pentagon budget. Nondefense discretionary outlays will increase about 36 percent during President Bush's first term in office. Congress has failed to contain the administration's overspending and has added new spending of its own. Republicans have clearly forfeited any claim of being the fiscally responsible party in Washington. Looking ahead, Republicans need to rediscover the reforming spirit that they brought to Washington after the landmark 1994 congressional elections. Fiscally conservative Democrats should challenge big-spending Republicans and work to cut unneeded programs from both the defense and nondefense parts of the budget. In command of the White House, Senate, and House of Representatives, Republicans are primarily responsible for the current budget mess, and it is Republicans who have the power to pare back spending to get the federal budget under control once again. 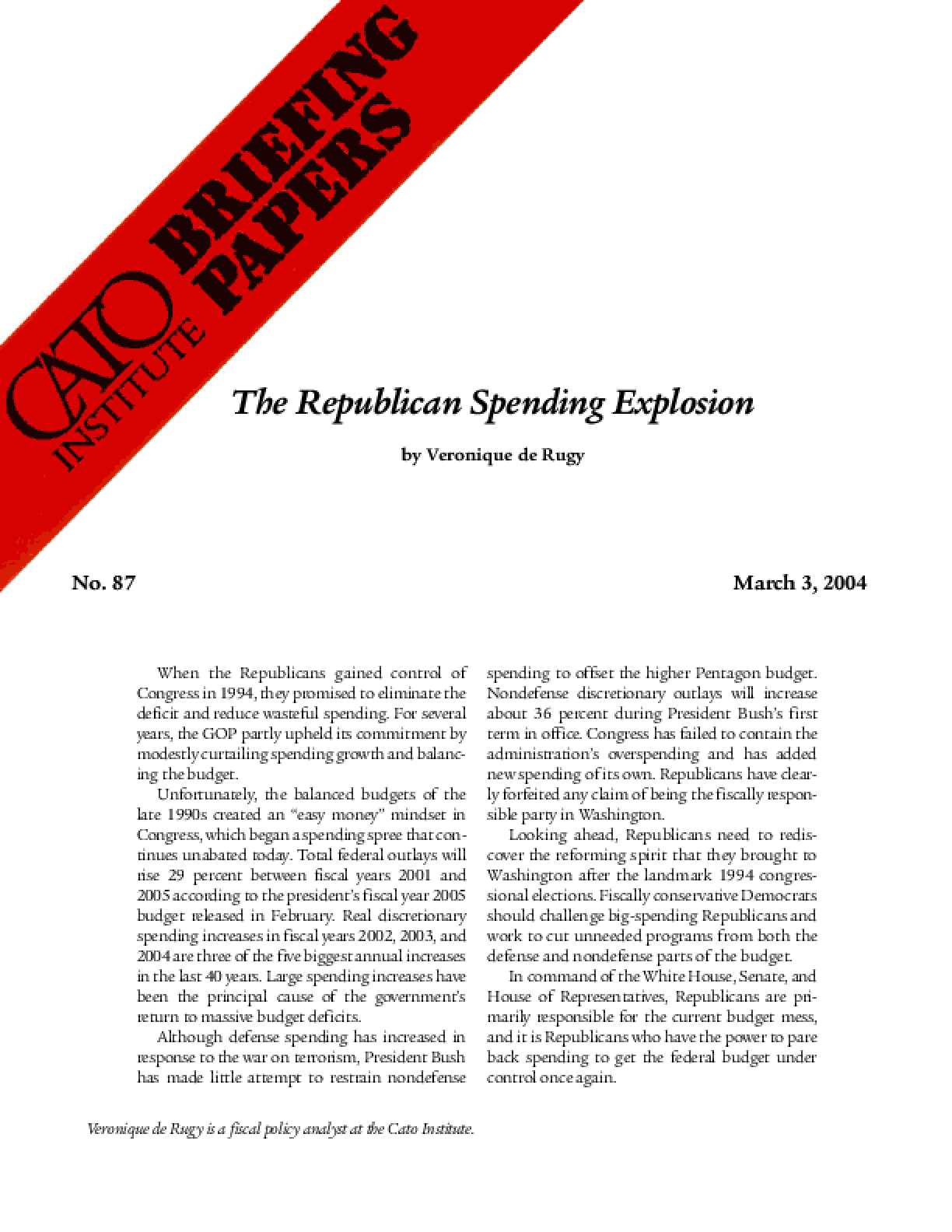