The Restricted Firearms License: A Proposal to Preserve Second Amendment Rights and Reduce Gun Violence in the United States

In the wake of the tragic shooting at Sandy Hook Elementary School in Newtown, CT, President Obama and others have called for legislative measures to combat gun violence. So far, most of these proposals have focused on three principal approaches: (1) making all firearms transfers subject to National Instant Criminal Background Check System (NICS) approval, (2) limiting firearm magazine capacity, and (3) banning models of semi-automatic firearms that possess certain "military purpose" features.

We strongly support the first of these approaches, which would eliminate the "gun show loophole" and require background checks for private party firearm sales. Instead of bans on magazine capacity and "military purpose" features, however – bans which together are commonly known as an "Assault Weapons Ban" (AWB) – we propose a five-year, renewable "Restricted Firearms License" program for the ownership of handguns, centerfire semi-automatic rifles, and semi-automatic shotguns. 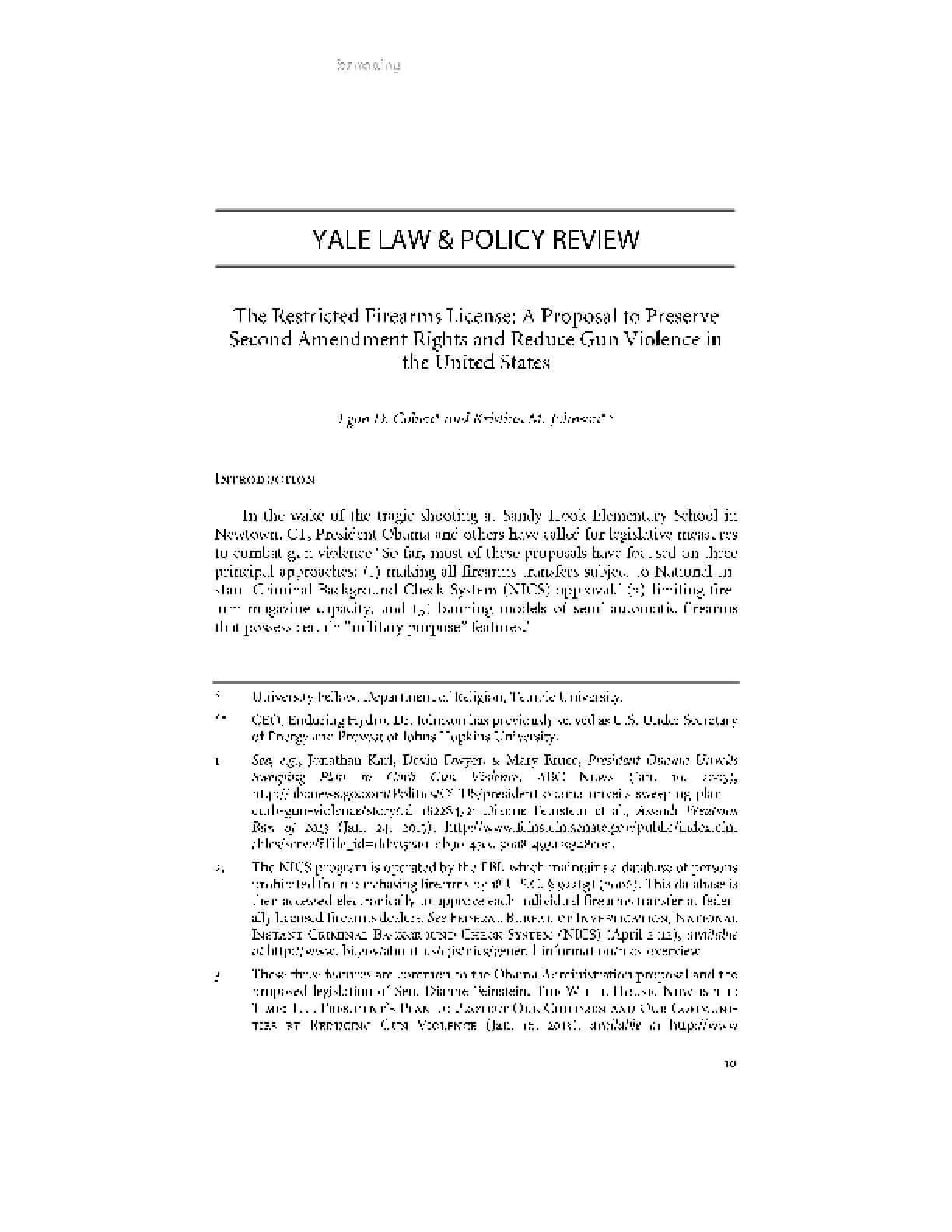