New results from the Commonwealth Fund Biennial Health Insurance Survey, 2014, indicate that the Affordable Care Act's subsidized insurance options and consumer protections reduced the number of uninsured working-age adults from an estimated 37 million people, or 20 percent of the population, in 2010 to 29 million, or 16 percent, by the second half of 2014. Conducted from July to December 2014, for the first time since it began in 2001, the survey finds declines in the number of people who report cost-related access problems and medical-related financial difficulties. The number of adults who did not get needed health care because of cost declined from 80 million people, or 43 percent, in 2012 to 66 million, or 36 percent, in 2014. The number of adults who reported problems paying their medical bills declined from an estimated 75 million people in 2012 to 64 million people in 2014. 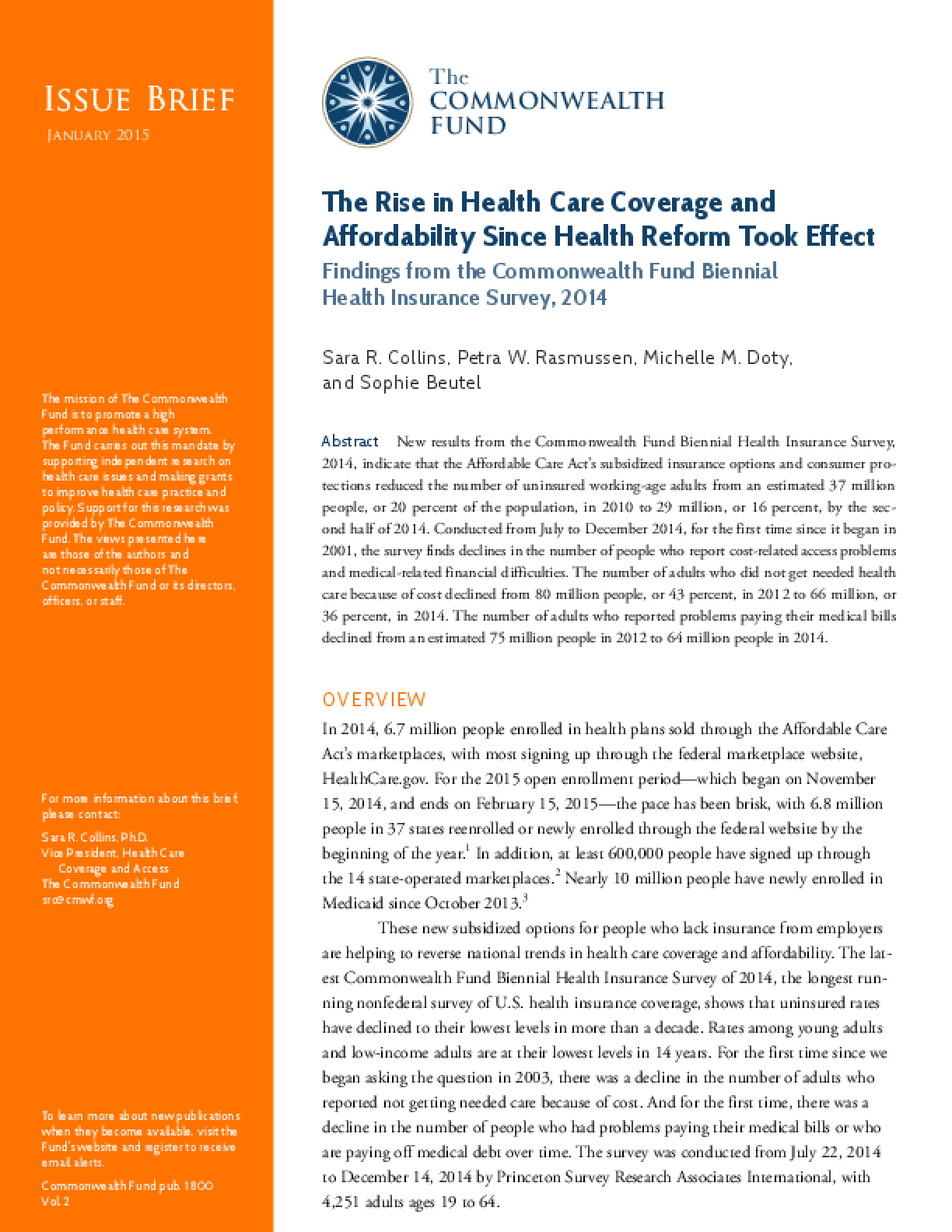