The Rise of Mobile and the Diffusion of Technology-Facilitated Trafficking

In this report, researchers at the USC Annenberg Center on Communication Leadership & Policy (CCLP) reveal how those involved in human trafficking have been quick to adapt to the 21st-century global landscape. While the rapid diffusion of digital technologies such as mobile phones, social networking sites, and the Internet has provided significant benefits to society, new channels and opportunities for exploitation have also emerged. Increasingly, the business of human trafficking is taking place online and over mobile phones. But the same technologies that are being used for trafficking can become a powerful tool to combat trafficking. The precise role that digital technologies play in human trafficking still remains unclear, however, and a closer examination of the phenomenon is vital to identify and respond to new threats and opportunities. This investigation indicates that mobile devices and networks have risen in prominence and are now of central importance to the sex trafficking of minors in the United States. While online platforms such as online classifieds and social networking sites remain a potential venue for exploitation, this research suggests that technology facilitated trafficking is more diffuse and adaptive than initially thought. This report presents a review of current literature, trends, and policies; primary research based on mobile phone data collected from online classified sites; a series of firsthand interviews with law enforcement; and key recommendations to policymakers and stakeholders moving forward. 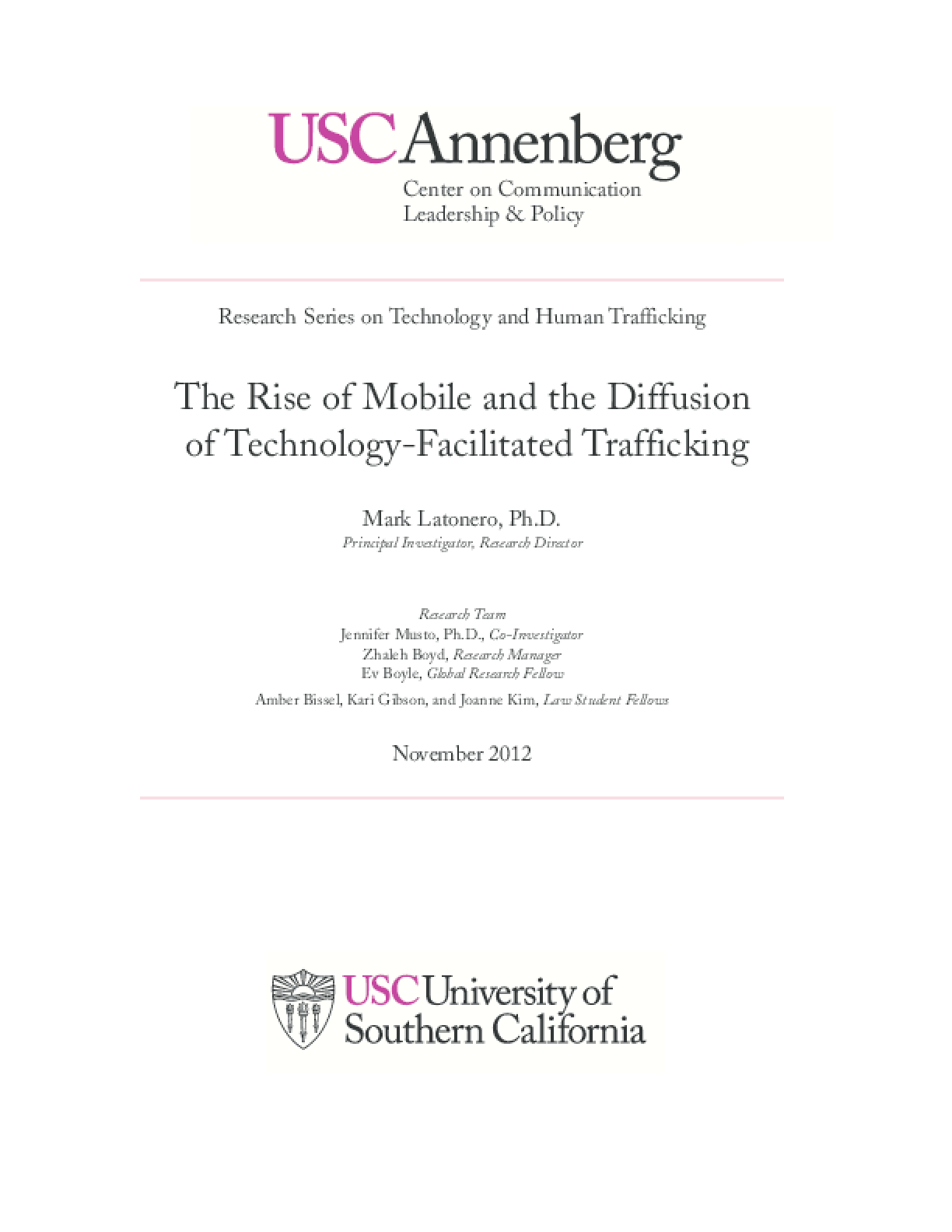