The Rise of Political Fact-checking How Reagan Inspired a Journalistic Movement: A Reporter's Eye View

This report uses the Washington Post as a case study to trace the rise of modern political fact-checking. It considers fact-checking as a symptom of the larger, centuries-old struggle between the political establishment and the Fourth Estate to shape the narrative that will be presented to the voters. Through devices such as "Pinocchios" and "Pants-on-Fire" verdicts, journalists have formally asserted their right to adjudicate the truth or falsehood of the carefully-constructed campaign narratives of political candidates. This represents a shift of power back to the media following a low point during the run-up to the war in Iraq when The Post and other leading newspapers failed to seriously challenge the White House line on "weapons of mass destruction." The modern-day fact checking movement can be dated back to the presidency of Ronald Reagan, who attracted widespread ridicule for his claim that trees cause four times more pollution than automobiles. The ascent of political bloggers during the 2004 campaign put additional pressure on The Post and other mainstream news outlets to upgrade their fact checking operations. The Internet has democratized the fact-checking process by making information that was previously available only through expensive news databases such as Lexis-Nexis easily accessible to bloggers without any research budget. 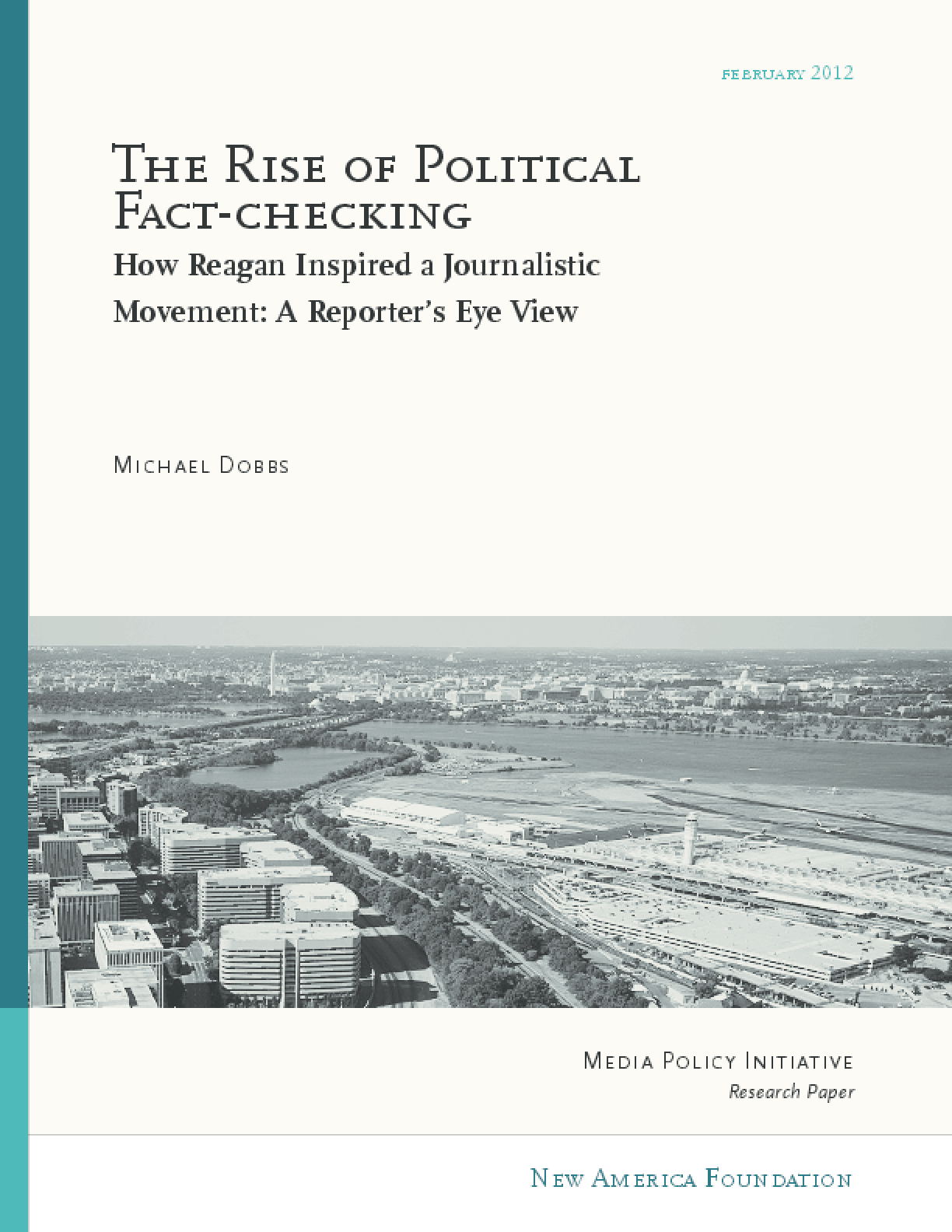