The Road Not Taken: Horace Mann Charter Schools in Massachusetts 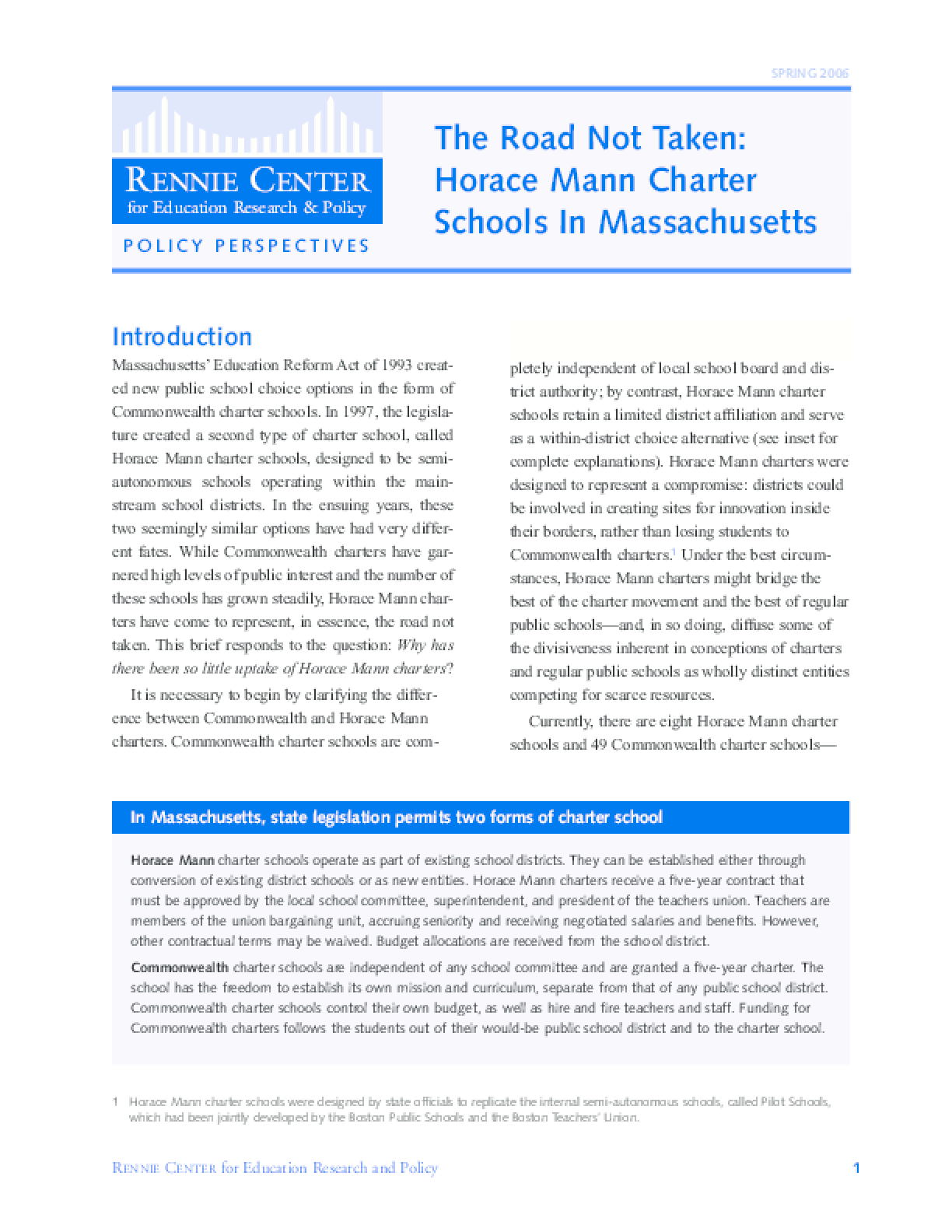