The Role of Challengers in an Election

In recent years, Election Day challenges to voter eligibility have resulted in a number of controversies in polling places across the country. Though the underlying rationale of challenger statutes is to protect the integrity of elections by preventing voter fraud, challengers have the potential to deter qualified voters by causing substantial delay and confusion in polling places. Where challenges are used improperly, they can have the effect of intimidating voters and disrupting polling place procedures, which has more than a negative effect on the challenged voter. Aggressive challenger activity inevitably leads to distracted pollworkers. With plenty of other earnest Election Day problems to attend to (e.g. broken voting machines, voters missing from the voter rolls, and voter intimidation), a series of baseless challenges can easily set the tone for other Election Day pitfalls. This formula for Election Day chaos -- long lines, confusion, and wrongful denial of voting privileges -- can quickly spread in polling places where election officials have failed to properly prepare pollworkers.

It is important that policymakers understand both the advantages and disadvantages of different challenger policies and regulations. Challengers can indeed play a valuable role in ensuring the integrity of elections; however, since in-person voter fraud is virtually exceedingly rare,1 challengers are more likely to pose a significant threat to participation of qualified voters. It is imperative that policymakers are aware of this problem so that efforts can be made to protect voters. The preparation of clear-cut guidelines can minimize the negative effects of aggressive challenger activity.

This brief clarifies the role of a challenger, discusses the impact of challengers in recent elections, details state-specific challenger activity, and provides policy recommendations. 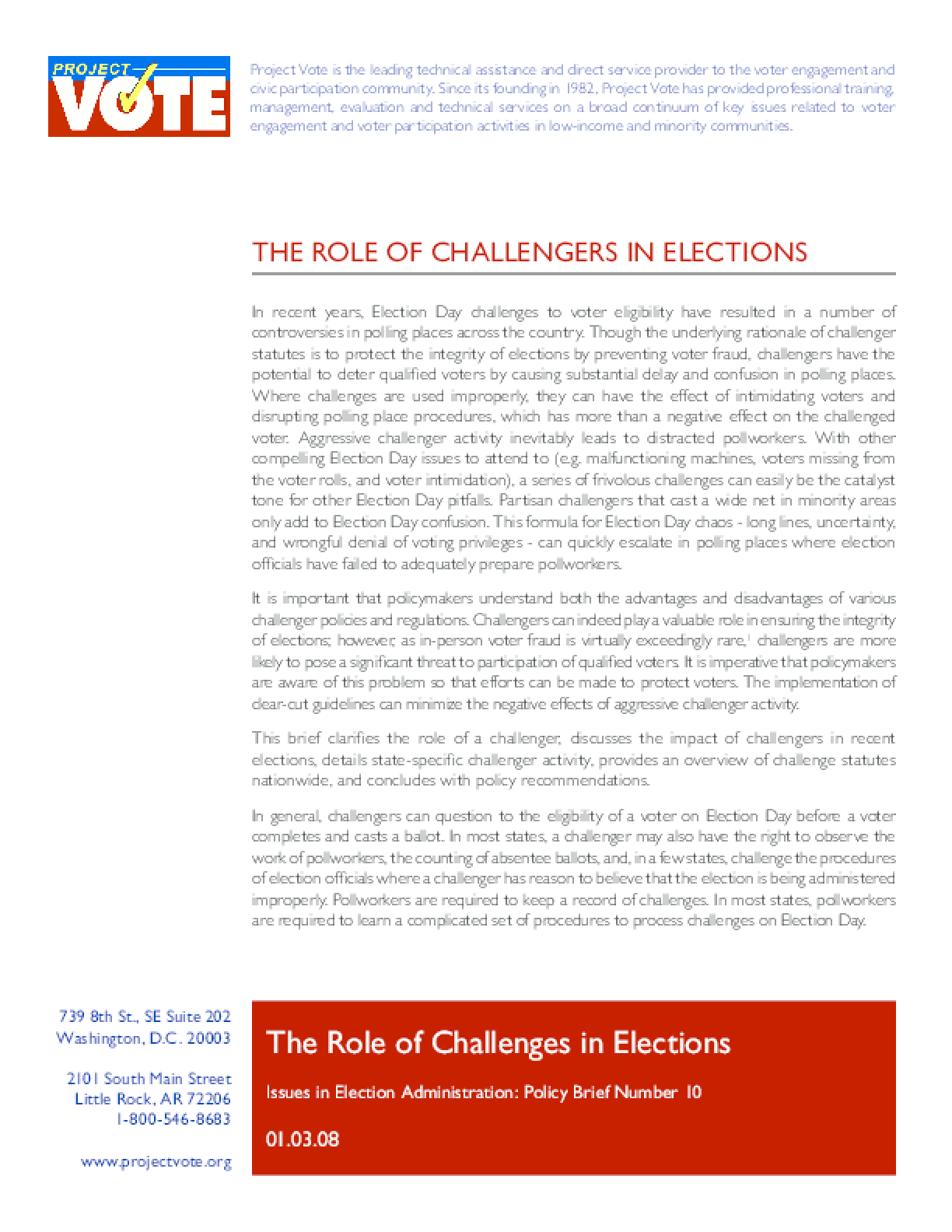