The Role of Electoral Engagement in Youth Social Movements - Study I of "Protests, Politics, and Power: Exploring the Connections Between Youth Voting and Youth Movements"

Youth activism and participation in social movements has been one of the defining features of civic life in the past several years: from the anti-gun violence protests after the Parkland school shooting in 2018, to the nationwide actions for racial justice following George Floyd's murder in 2020. Both of those were also election years in which young people achieved historic or near-historic levels of voter turnout. But what, exactly, was the relationship between young people's participation in the streets and at the ballot box?

To answer that question, the Center for Information & Research on Civic Learning and Engagement (CIRCLE) joined a team of researchers to produce Protests, Politics, and Power: Exploring the Connections Between Youth Voting and Youth Movements. This research encompasses two studies that tackled this question with different but complementary perspectives and approaches. The Role of Electoral Engagement in Youth Social Movements is a qualitative study based on interviews and supplemental surveys with young leaders and participants in social movements. The second study, Quantifying the Effects of Protests on Voter Registration and Turnout, uses quantitative methods to study changes in electoral participation in areas where protests took place. 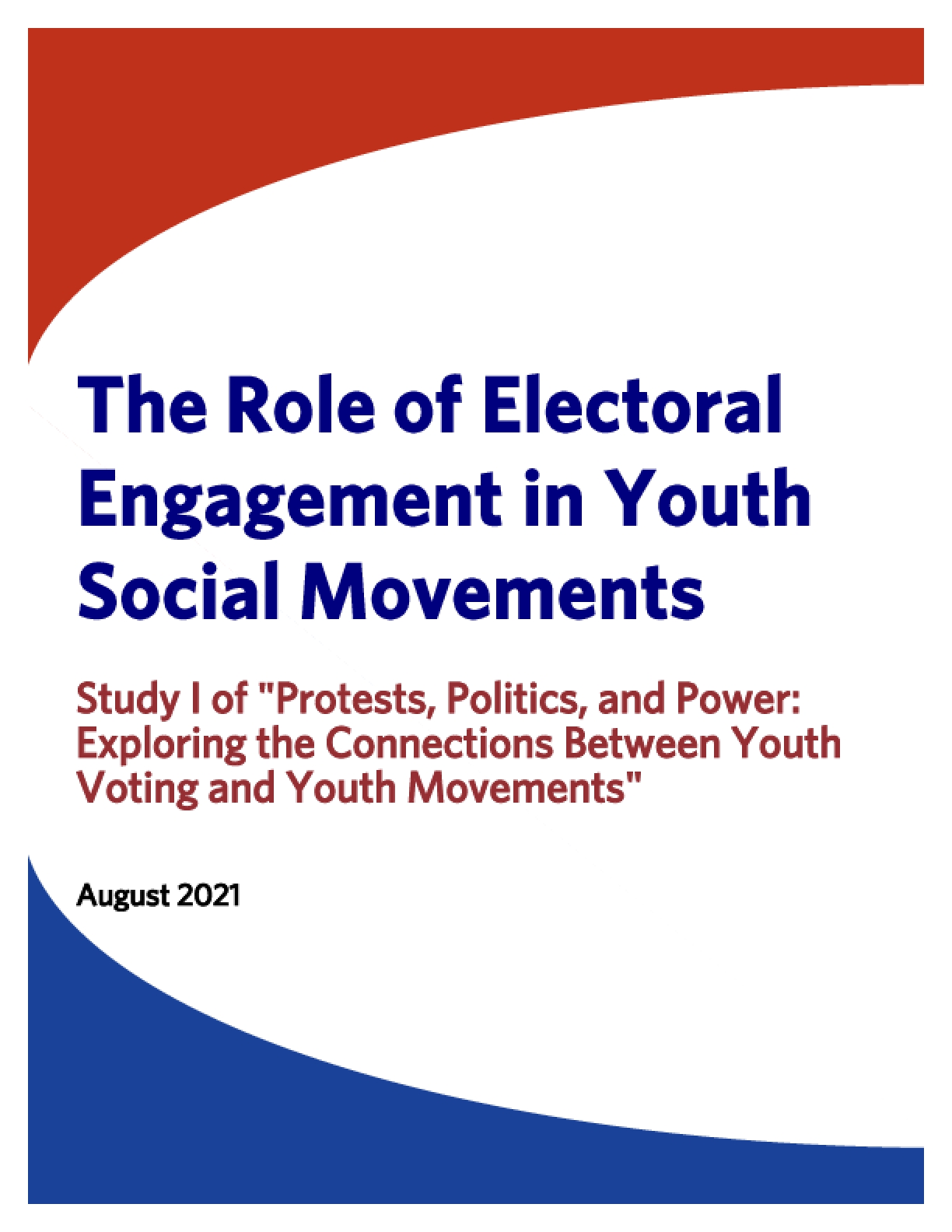