The Role of News on Facebook: Common yet Incidental

On Facebook, the largest social media platform, news is a common but incidental experience, according to an initiative of Pew Research Center in collaboration with the John S. and James L. Knight Foundation. Overall, about half of adult Facebook users, 47%, "ever" get news there. That amounts to 30% of the population. Most U.S. adults do not go to Facebook seeking news out, the nationally representative online majority of Facebook news consumers, 78%, get news when they are on Facebook for other reasons. And just 4% say it is the most important way they get news However, the survey provides evidence that Facebook exposes some people to news who otherwise might not get it. While only 38% of heavy news followers who get news on Facebook say the site is an important way they get news, that figure rises to 47% among those who follow the news less often. " 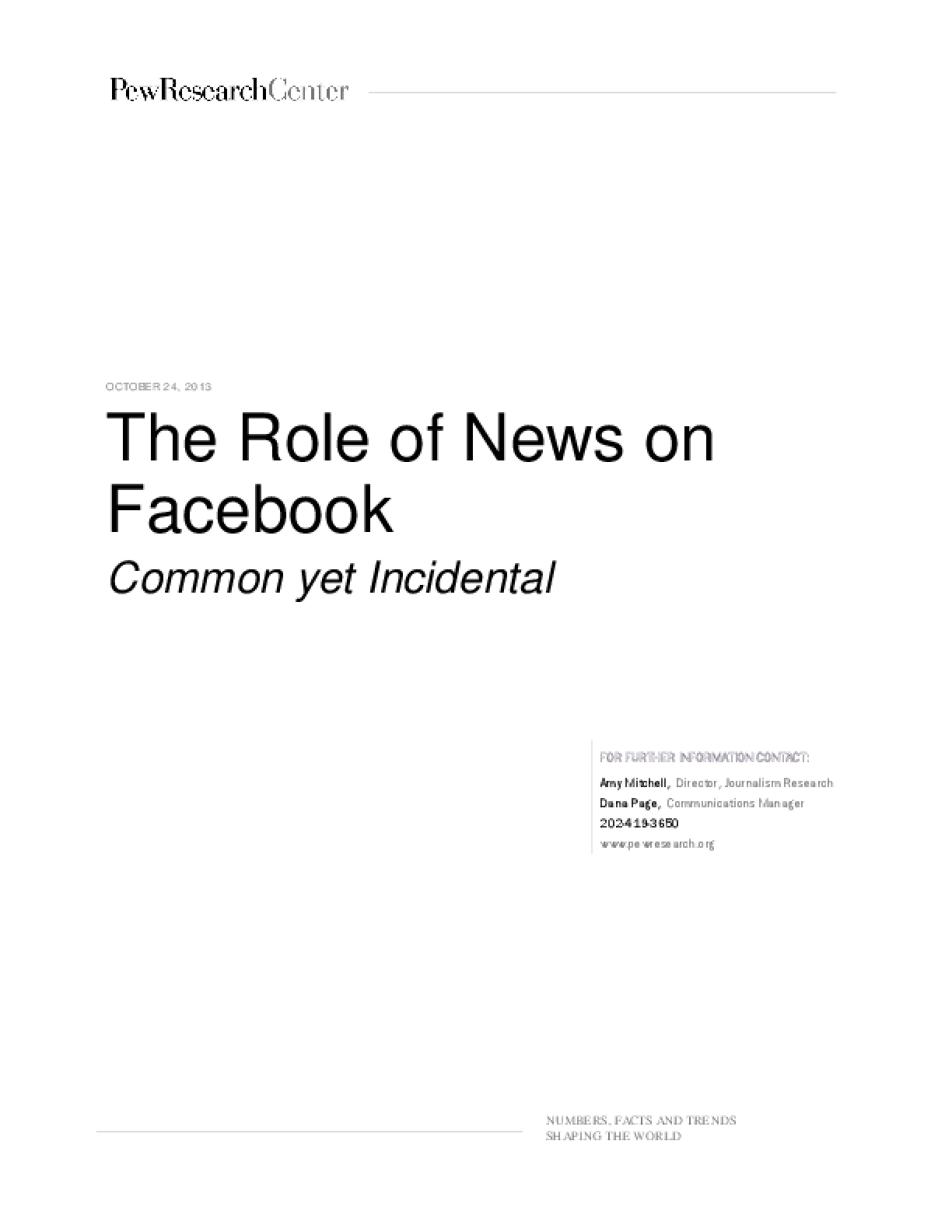