The Science of Policing Equity: Measuring Fairness in the Austin Police Department

This brief is a partnership between Urban and the Center for Policing Equity's National Justice Database, in collaboration with the White House's Police Data Initiative. The brief analyzes publicly available data in 2015 vehicle stops and 2014 use of force incidents on the part of the Austin Police Department. Findings indicate that even when controlling for neighborhood levels of crime, education, homeownership, income, youth, and unemployment, racial disparities still exist in both use and severity of force. We also document that APD has a high level of transparency, and the analysis demonstrates the value of that democratization of police department data in examining whether community-level explanations are sufficient to explain observed racial disparities. 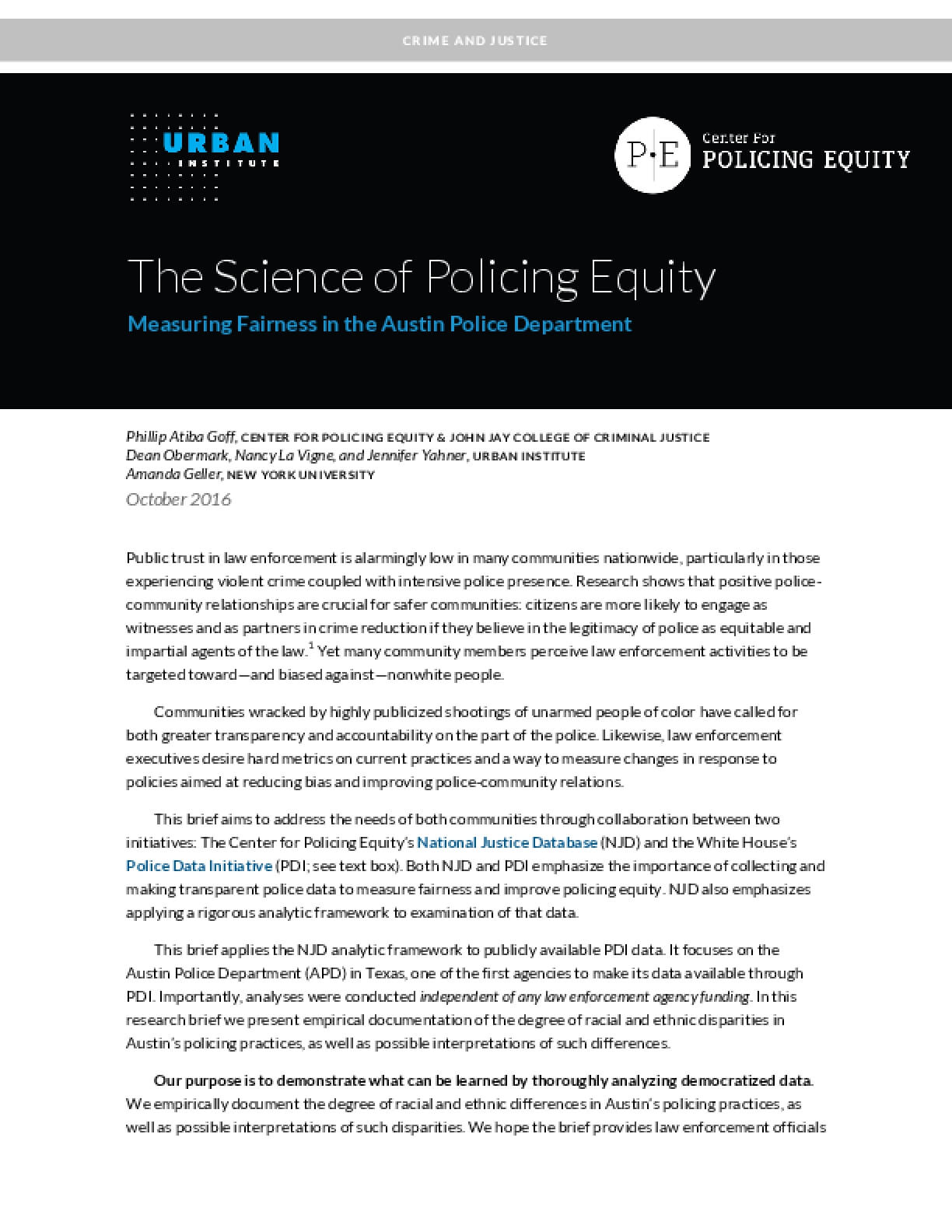