The Second Generation in New York City: A Demographic Overview

The study analyzes the forces leading to or impeding the assimilation of a 18-32 year olds from immigrant backgrounds that vary in terms of race, language, and the mix of skills and liabilities their parents brought to the United States. To make sure that what we find derives specifically from the immigrant experience, rather than simply being a young person in New York, we are also studying a "control group" of people from native born white, black, and Puerto Rican backgrounds. The main sample is drawn from the inner part of the region where the vast majority of immigrants and native born minority group members live and grow up. Our study groups make possible a number of interesting comparisons. Unlike many other immigrant groups, the West Indian first generation speaks English, but the dominant society racially classifies them as black. We are interested in ways that their experiences resemble or differ from native born African Americans. Dominicans and the Colombian-Peruvian-Ecuadoran population both speak Spanish, but live in different parts of New York, have different class backgrounds prior to immigration, and, quite often, different skin tones. We have compared them to Puerto Rican young people, who, along with their parents, have the benefit of citizenship. Chinese immigrants from the mainland tend to have little education, while young people with overseas Chinese parents come from families with higher incomes, more education, and more English fluency. According to the 1990 Census, the base year for looking at the first generation parents, these five groups accounted for 45 percent of the immigrants who had arrived in metropolitan New York since 1970. Our ability to compare these groups with native born whites, blacks and Puerto Ricans has permitted us to analyze the effects of nativity while controlling for race and language background. 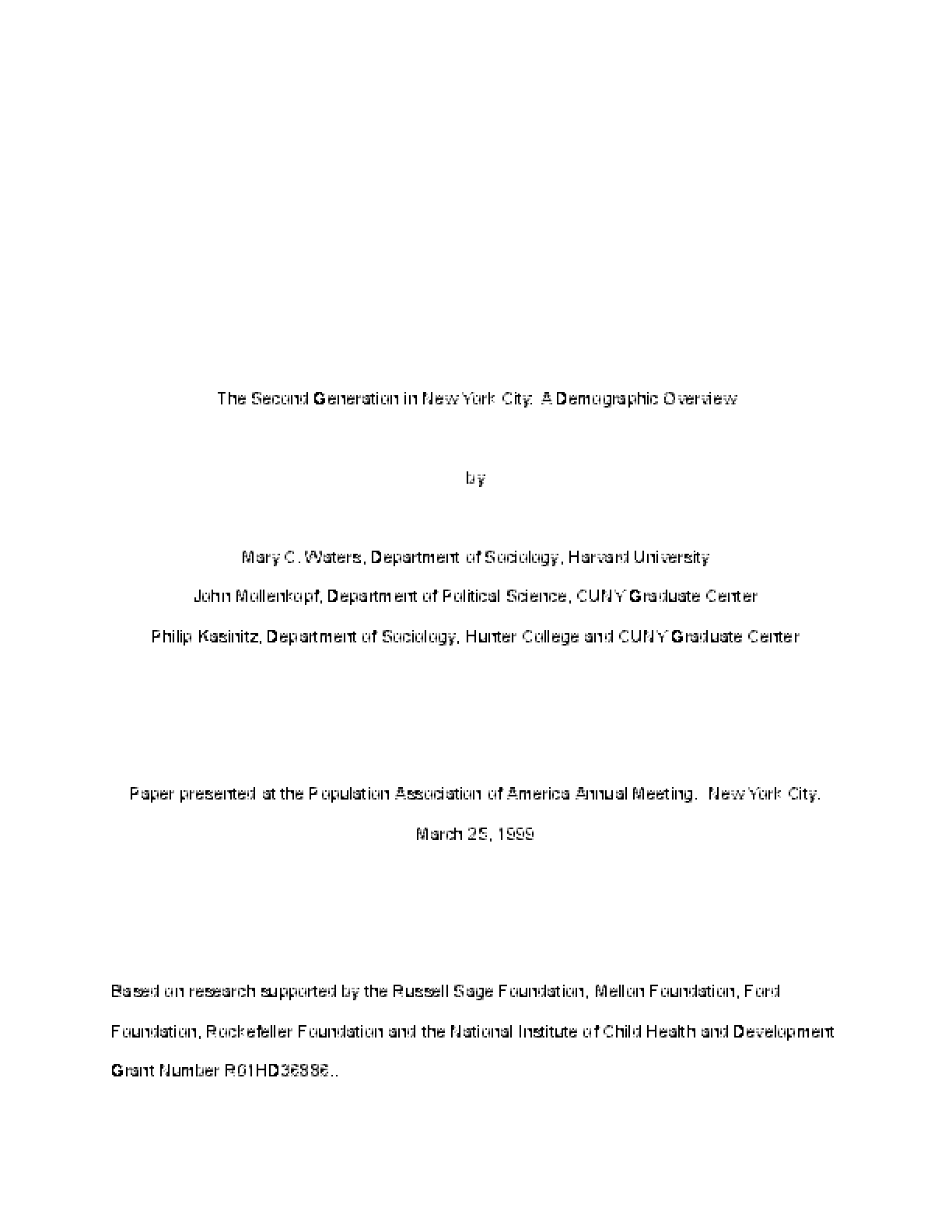