This survey of unemployed American workers documents dramatic erosion in the quality of life for millions of Americans. Their financial reserves are exhausted, their job prospects nil, their family relations stressed, and their belief in government's ability to help them is negligible. They feel hopeless and powerless, unable to see their way out of the Great Recession that has claimed 8.5 million jobs. The survey shows that only one-quarter of those first interviewed in August 2009 have found full-time jobs some 15 months later. And most of those who have become reemployed have taken jobs they did not really want for less pay. Moreover, the recession has wreaked havoc on the retirement plans of older workers. The Heldrich Center first interviewed a national sample of 1,202 unemployed workers in August 2009, using the web-enabled KnowledgePanel(R) conducted by Knowledge Networks of Menlo Park, CA. Just over 900 were re-interviewed in March 2010, and 764 were re-interviewed between November 5 and 28, 2010 for this report. 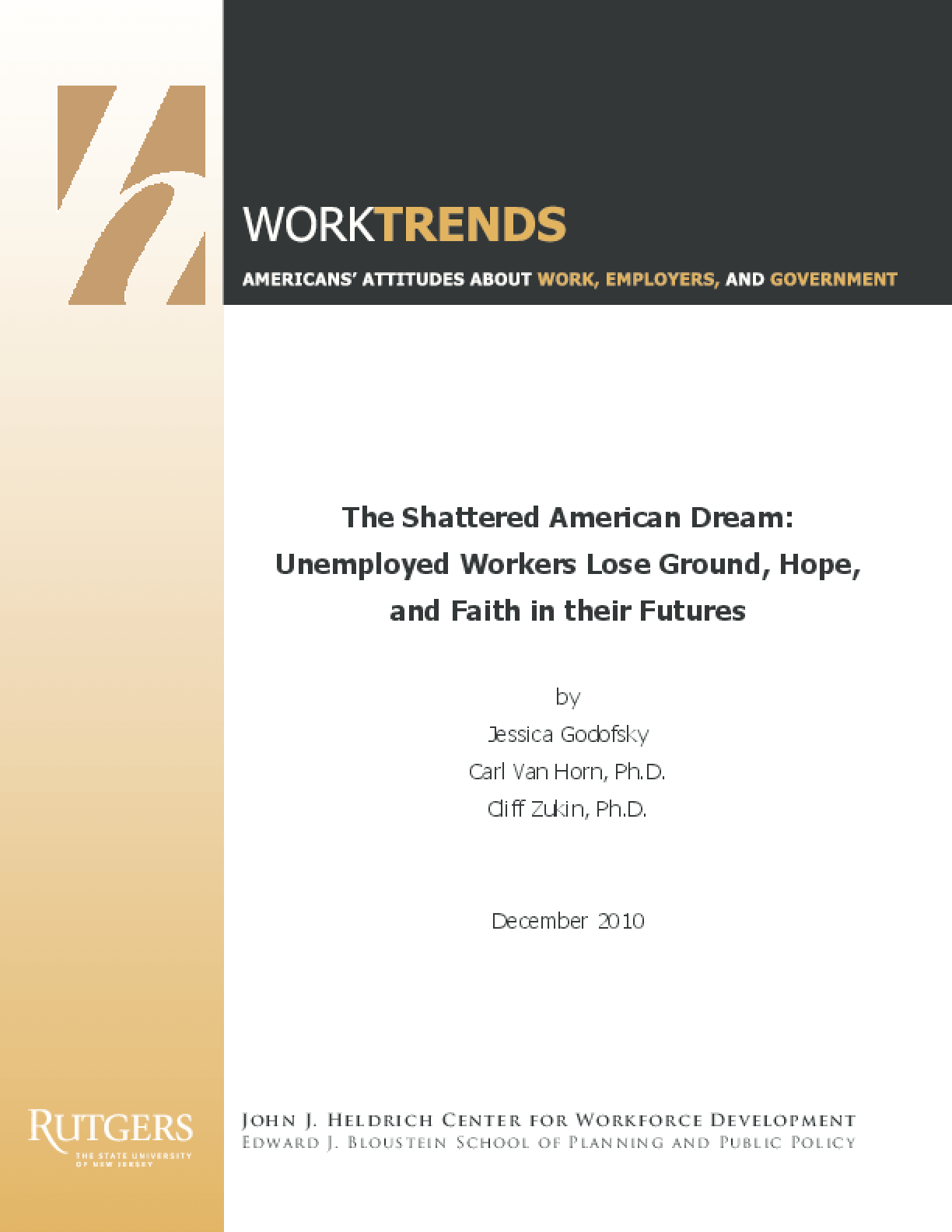