The State of America's Children: 2014

Fifty years after President Lyndon Johnson declared a War on Poverty, the United States is still not a fair playing field for millions of children afflicted by preventable poverty, hunger, homelessness, sickness, poor education and violence in the world's richest economy with a gross domestic product (GDP) of $15.7 trillion.

Every fifth child (16.1 million) is poor, and every tenth child (7.1 million) is extremely poor. Children are the poorest age group and the younger they are the poorer they are. Every fourth infant, toddler and preschool child (5 million) is poor; 1 in 8 is extremely poor. A majority of our one- and two-year-olds are already children of color. In five years children of color who are disproportionately poor, nearly 1 in 3, will be a majority of all children in America and of our future workforce, military and consumers. But millions of them are unready for school, poorly educated and unprepared to face the future. Nearly 60 percent of all our children and more than 80 percent of our Black and nearly 75 percent of our Latino children cannot read or compute at grade level in fourth and eighth grade and so many drop out of school before graduating. Seventy-five percent of young people ages 17-24 cannot get into the military because of poor literacy, health or prior incarceration.

The greatest threat to America's economic, military and national security comes from no enemy without butfrom our failure, unique among high income nations, to invest adequately and fairly in the health, education and sound development of all of our young. 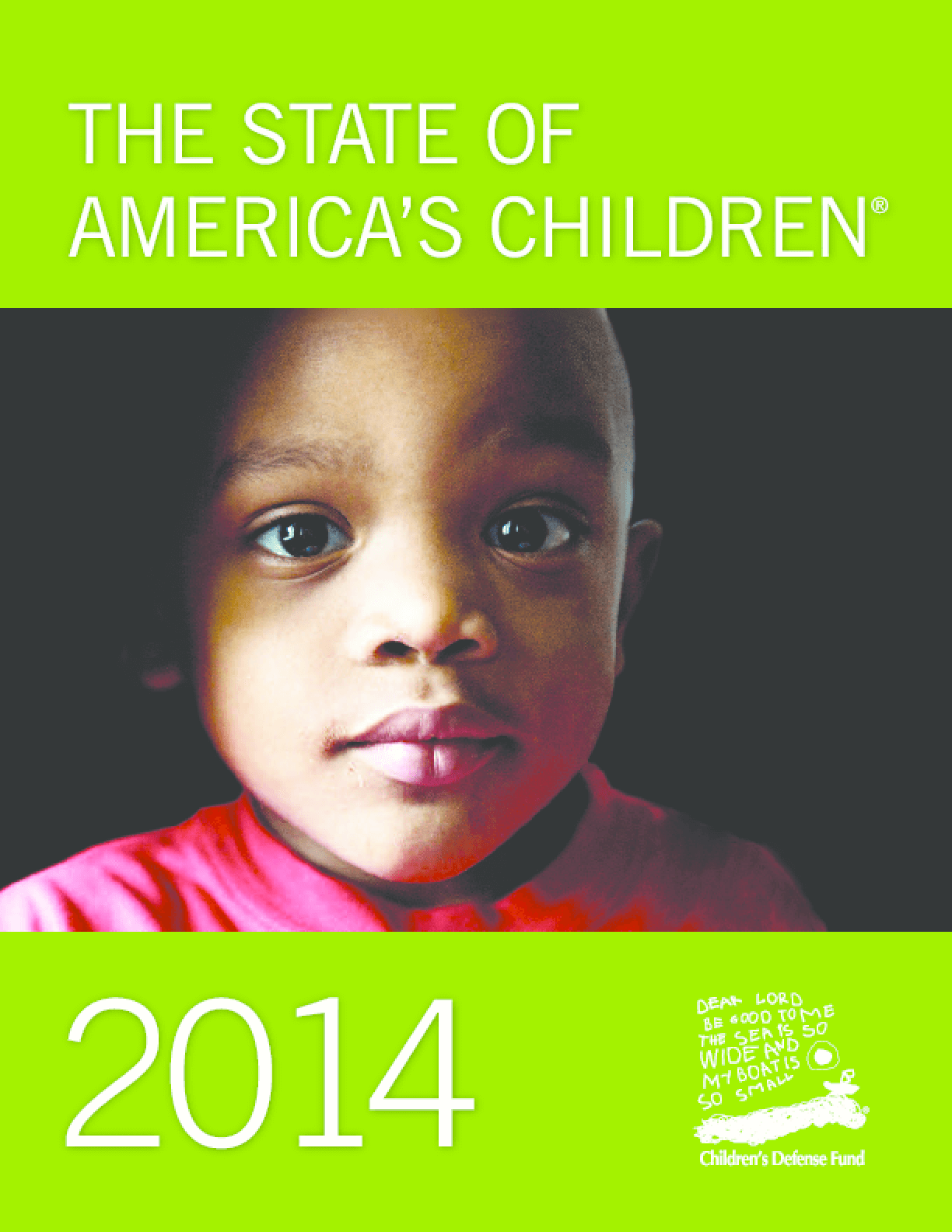