The State of Foundation Giving, 2002

Giving by foundations did not fall in 2001. In fact, the nation's nearly 56,600 grantmaking foundations contributed an estimated $29.0 billion in grants in 2001 (Figure 1), up $1.4 billion. This 5.1 percent increase fell behind the prior year's 18.2 percent rise and represented the smallest annual gain in giving since 1994. Still, in the second consecutive year of declining stock values and amidst a recession, the increase in foundation giving outstripped inflation. Continued higher spending by many leading foundations (often fulfilling commitments made in the boom years of the late 1990s), along with exceptional giving in the aftermath of the 9/11 attacks, helped to maintain positive growth. Newly established independent foundations also contributed to the overall increase in foundation giving. 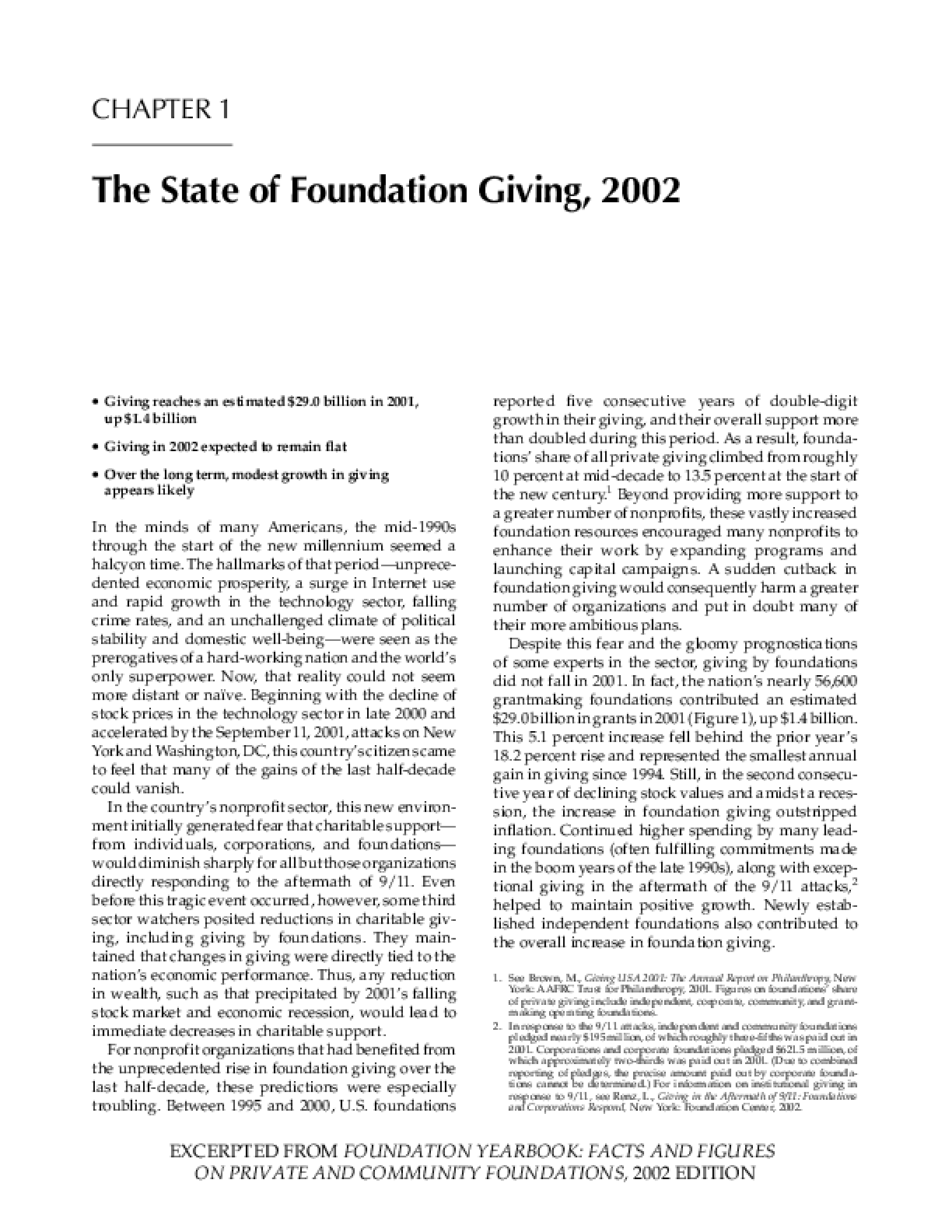