The State of Foundation Giving, 2003

The State of Foundation Giving, 2003 summarizes the giving trends for the year 2002 and provides predictions for foundation giving in 2003. Despite the changed economic environment, overall private giving by individuals, foundations, and corporations grew 1 percent in 2002 to $240.9 billion.1 For the more than 61,800 U.S. grantmaking foundations, estimated giving remained nearly unchanged at $30.3 billion, compared to $30.5 billion in 2001 (Figure 1). Individual nonprofits may have experienced pronounced reductions in support, yet private gifts overall were up 21 percent since 1999, the peak year of the recent economic boom. Foundation giving rose 30 percent in those same three years. 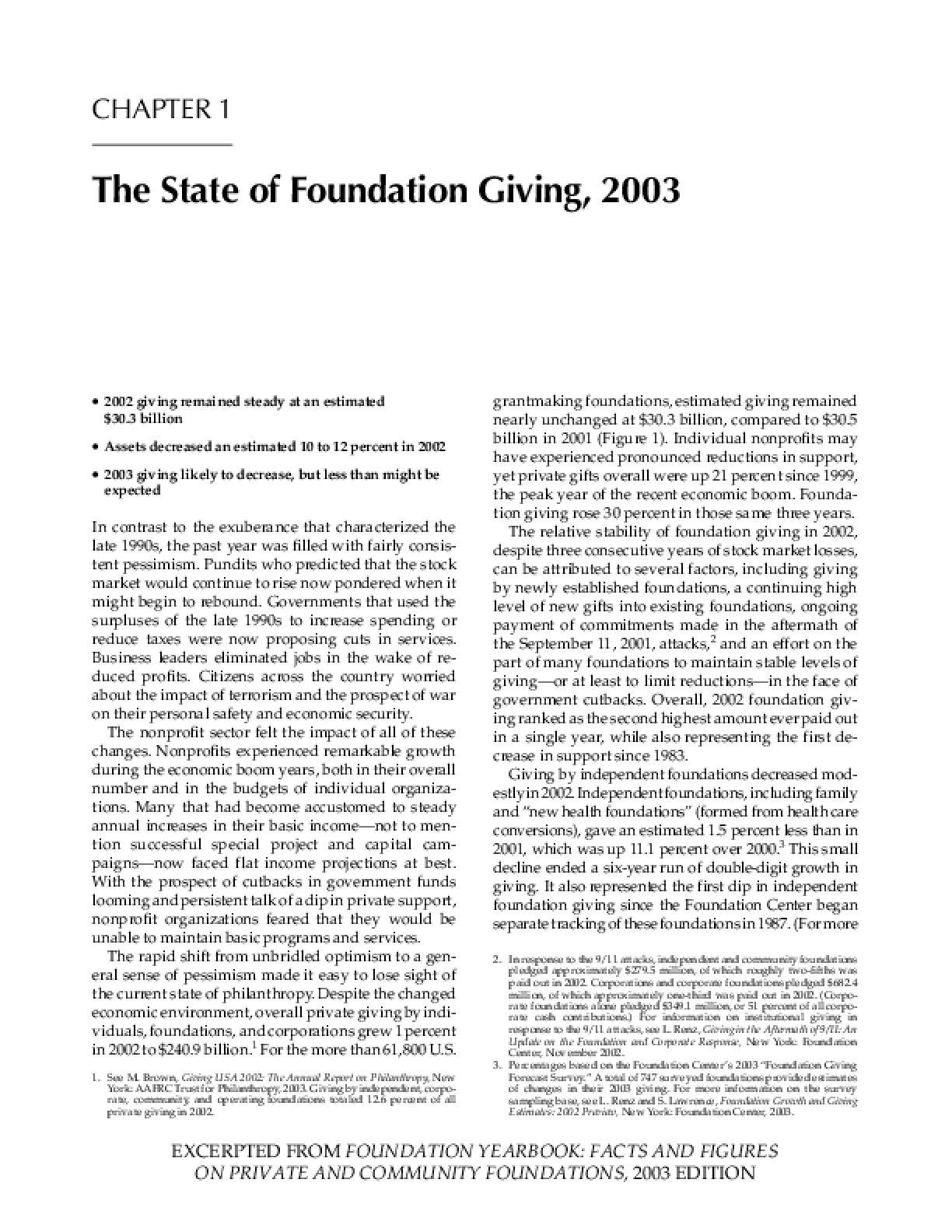