The State of Foundation Giving, 2004

The reduction in foundation giving in 2003 resulted primarily from a double-digit loss in foundation assets from 2000 through 2002. Also contributing to this decrease was the completion in 2002 of exceptional giving in response to the 9/11 attacks.2 Yet several factors helped to mitigate the overall decrease in support, including startup grantmaking by newly established foundations, a continuing high (albeit decreased) level of new gifts into foundations, improved portfolio performance for some funders, and a commitment by many foundations to maintaining stable levels of giving (especially in light of cutbacks in government funding programs). Consequently, 2003 foundation giving ranked as the third highest amount ever and only the second decrease in support since 1983. 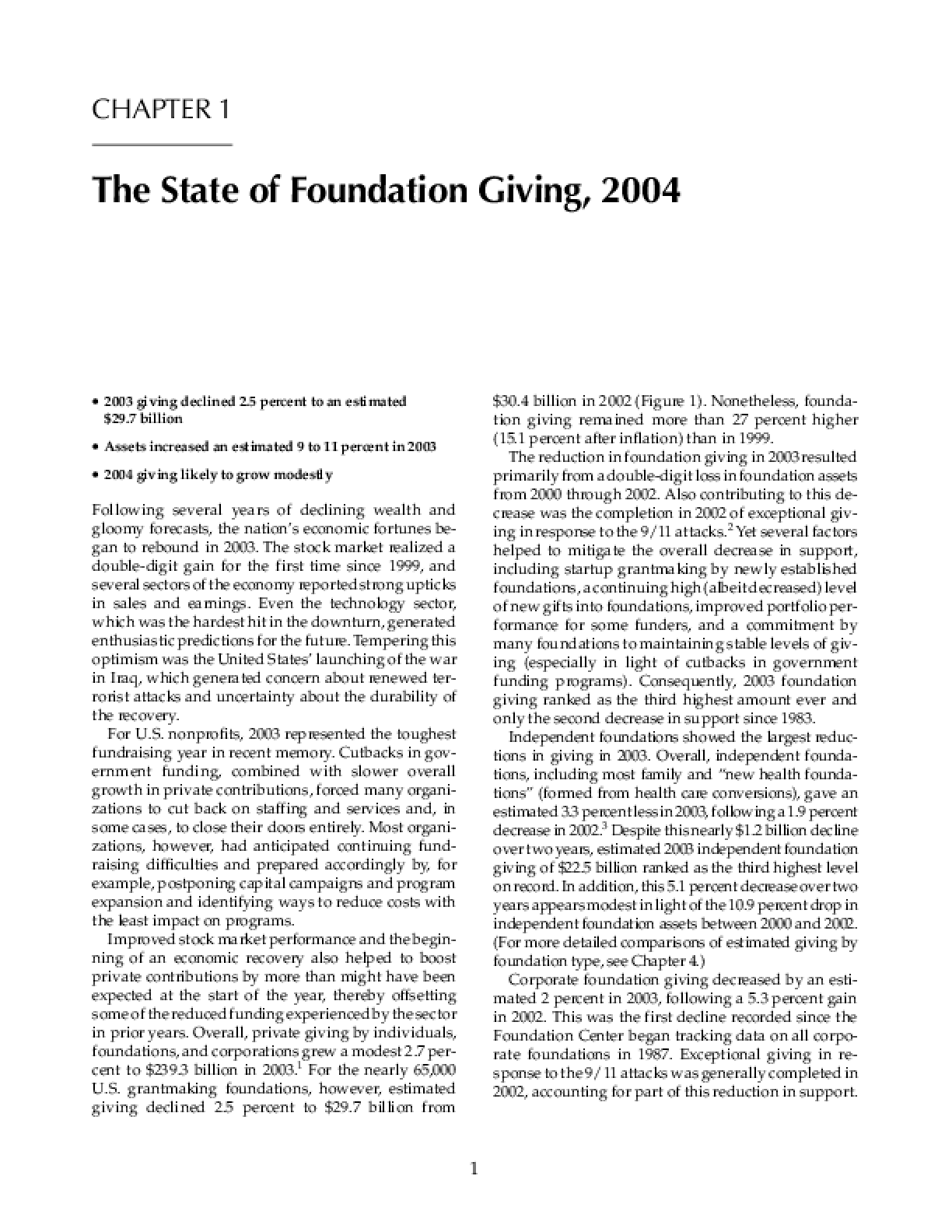