Americans in 22 states, especially minority and low-income individuals, may be unable to vote in this year's elections because of recent changes to voting laws, according to a MacArthur-supported study by the Brennan Center for Justice at NYU. The study, The State of Voting in 2014, provides an in-depth look at U.S. voting restrictions that have been passed since 2010, laws that will be effective for the first time in 2014, and major ongoing lawsuits that could change the election landscape. The study highlights the central role of partisanship and race in these new voting laws. Eighteen of 22 new state restrictions were passed through entirely GOP-controlled bodies, and 9 of 15 states previously included under Section 5 of the Voting Rights Act due to a history of racial discrimination implemented new voting restrictions since 2010. 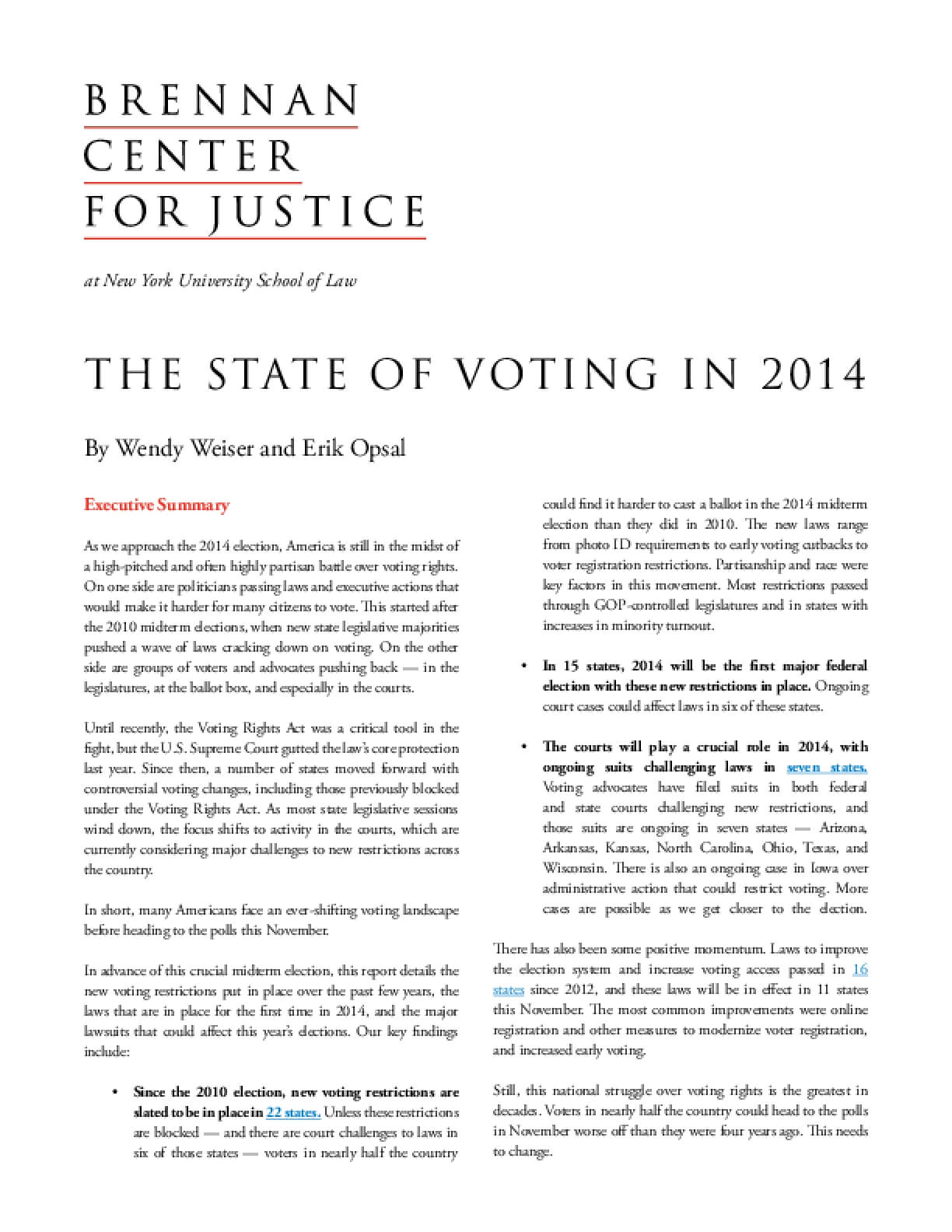