The State of Working Illinois 2005

Despite gaining more than a half-million jobs since 1990, Illinois suffered a net loss in higher-paying employment, fueling a decline in median household income of $6,000 over the past six years, according to the first- ever State of Working Illinois 2005 report released today. The report found that the 220,000 high-paying manufacturing jobs that Illinois lost in the last 15 years offered better compensation than the new 533,000 service-sector jobs that the state added during the same period. This imbalance has contributed to a 12 percent decrease in median household income since 1999, far exceeding the national norm. The 2004 median household income -- $46,132 -- is about the same as it was fifteen years ago in 1989, as measured in constant dollars.

"On the surface, the employment situation in Illinois may seem promising with the addition of growing occupations. But in reality, job quality-especially in the newly created jobs-has declined and more employers are no longer able to provide workers with the income and benefits needed to maintain a household," says Paul Kleppner, one of the main researchers from Northern Illinois University. "Being employed no longer means being financially stable."

According to the report, jobs in education and health services and leisure and hospitality are among the fastest growing industries. However, the average weekly wage for these types of jobs is nearly 26 percent less than the higher paying jobs on the exit.

"Workers in Illinois have not registered significant economic gains in the past fifteen years, despite the economic expansion and "boom times" we saw in the mid- to late 90s. Some categories of workers have essentially been running in place for better than two decades," says Ralph Martire, executive director, Center for Tax and Budget Accountability. "Without proper education and development services, Illinois workers, especially minority groups, will not be prepared to catch up and compete for the higher paying jobs remaining in the labor market."

The report was developed by the Center for Tax and Budget Accountability, and the Office of Social Policy Research and the Regional Development Institute of Northern Illinois University and funded by The Joyce Foundation. It is modeled after The State of Working America, published biennially by the Economic Policy Institute (EPI). EPI has provided data on employment, wages, and income over the past 15 years to organizations participating in its Economic Analysis Research Network (EARN). Illinois is one of eight states preparing this customized analysis for 2005.

The report will be presented today at a symposium at the Federal Reserve Bank of Chicago. Business leaders and advocacy groups will discuss the findings and their implications on public education and human services, economic development, job creation and overall quality of life for Illinois residents. Key speakers include State Senator James Meeks (I-Chicago), State Representative Donald Moffitt (R-Gilson) and Doug Whitley, President of the Illinois Chamber of Commerce. A follow up report is planned for 2007, and policy briefs highlighting specific areas will follow in the interim. 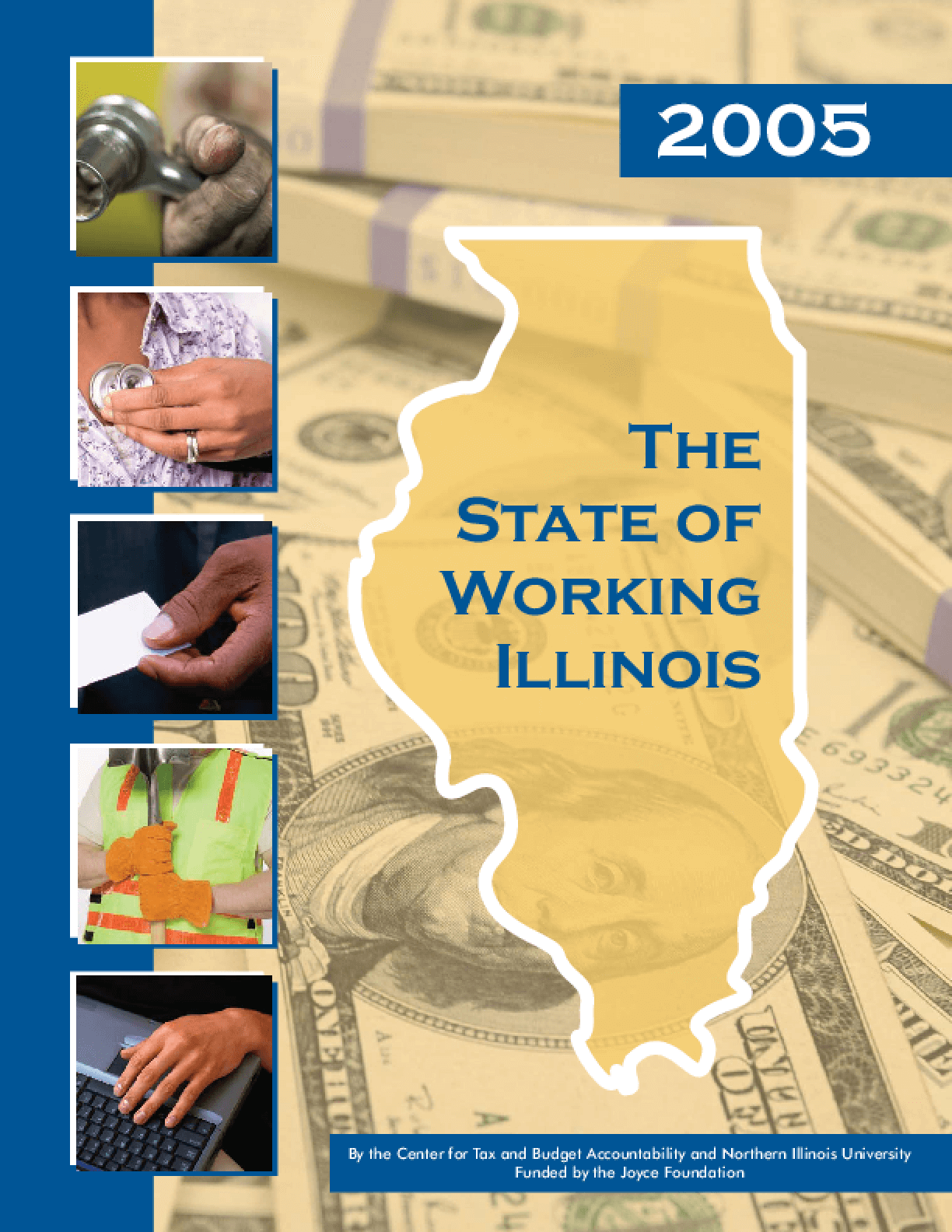