The State of Working New Hampshire 2007

The national economy recovered relatively quickly from the 2001 recession, with the economy growing at a rate that averaged just below 3 percent a year. During this period, growth in national productivity has been very strong, even outpacing the growth in national productivity in the boom period of the last half of the 1990s. However, workers in New Hampshire and in the nation have not had equivalent growth in their wages, real income, and employment. The period since the 2001 recession has been characterized as a "jobless recovery." New Hampshire has had only 3 percent employment growth since 2000. This slow growth follows a five-year period of 15 percent job growth in the state between 1995 and 2000. Job growth was also greater during the previous economic recovery of the early 1990s, with 6 percent growth between 1990 and 1995. This issue brief updates employment figures and trends documented in the State of Working New Hampshire 2006. By and large, there were only small changes in employment over the past year. Where it is useful for perspective, the report includes references to employment trends in New Hampshire since 1990, a time period that provides perspective on state-level economic trends following two recessions and two distinct periods of economic expansion.This brief is produced in cooperation with the Economic Policy Institute (EPI). 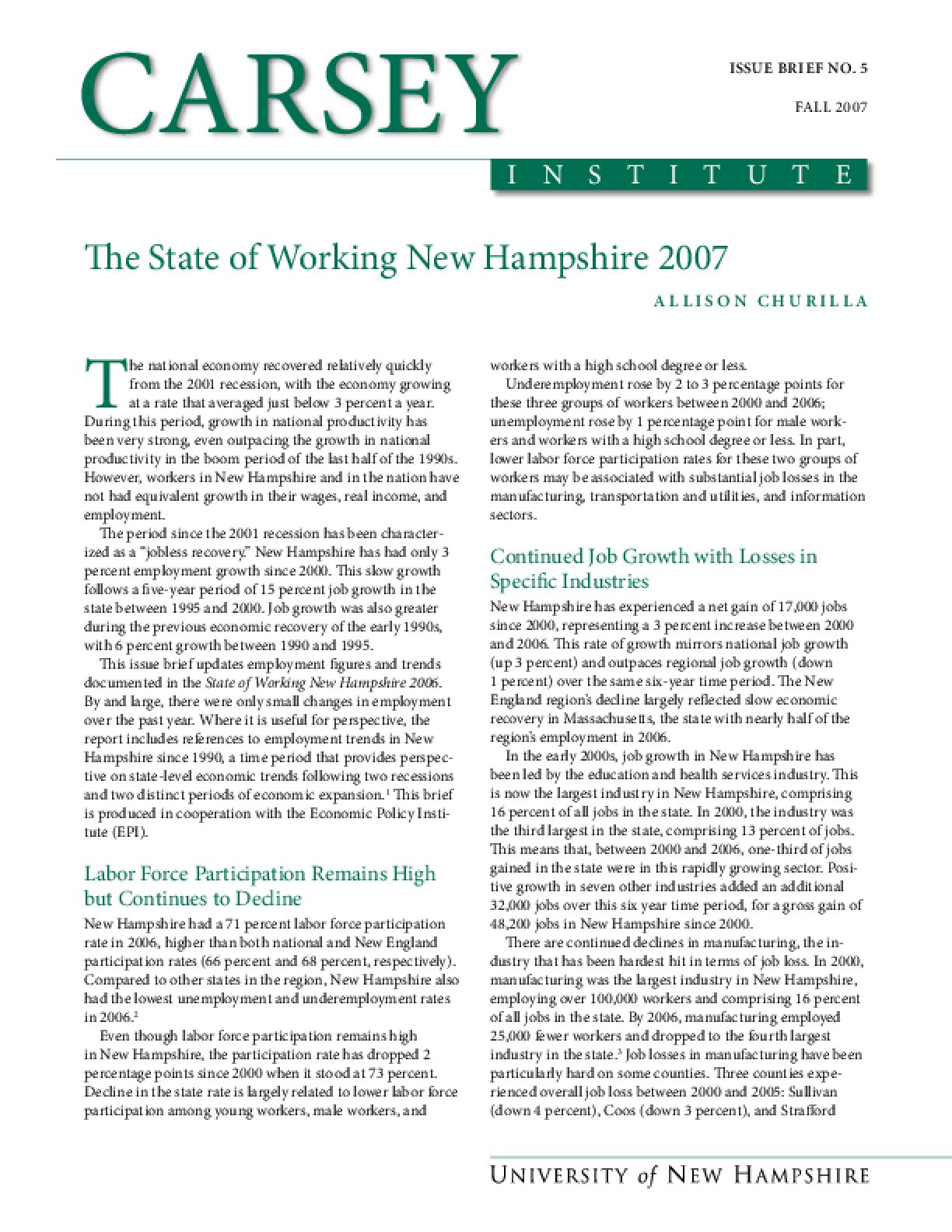