The Story of Pacific Bluefin Tuna

The story of Pacific bluefin tuna is a tale of extremes. They are pursued by fishermen at every turn but largely ignored by fisheries authorities. They migrate across the world's largest ocean, but spawn in only three distinct areas. In parts of the world, they are caught one at a time by local artisanal fishermen; but in others, entire schools are scooped up by industrial purse seine nets. The Pacific bluefin is pursued at every stage of its life, from when it is a few kilogram (3 pound) juvenile to when it's fully grown at more than 450 kilograms (1,000 pounds). A single fish commonly sells for tens of thousands of US dollars and the first fish auctioned in 2013 fetched more than 1.7 million dollars -- but comparably little money goes toward research or conservation. Pacific bluefin have supported fishermen and coastal communities for thousands of years, but governments and managers have neglected this amazing fish. Now the population, at less than 4 percent of its historical size, is in grave danger. 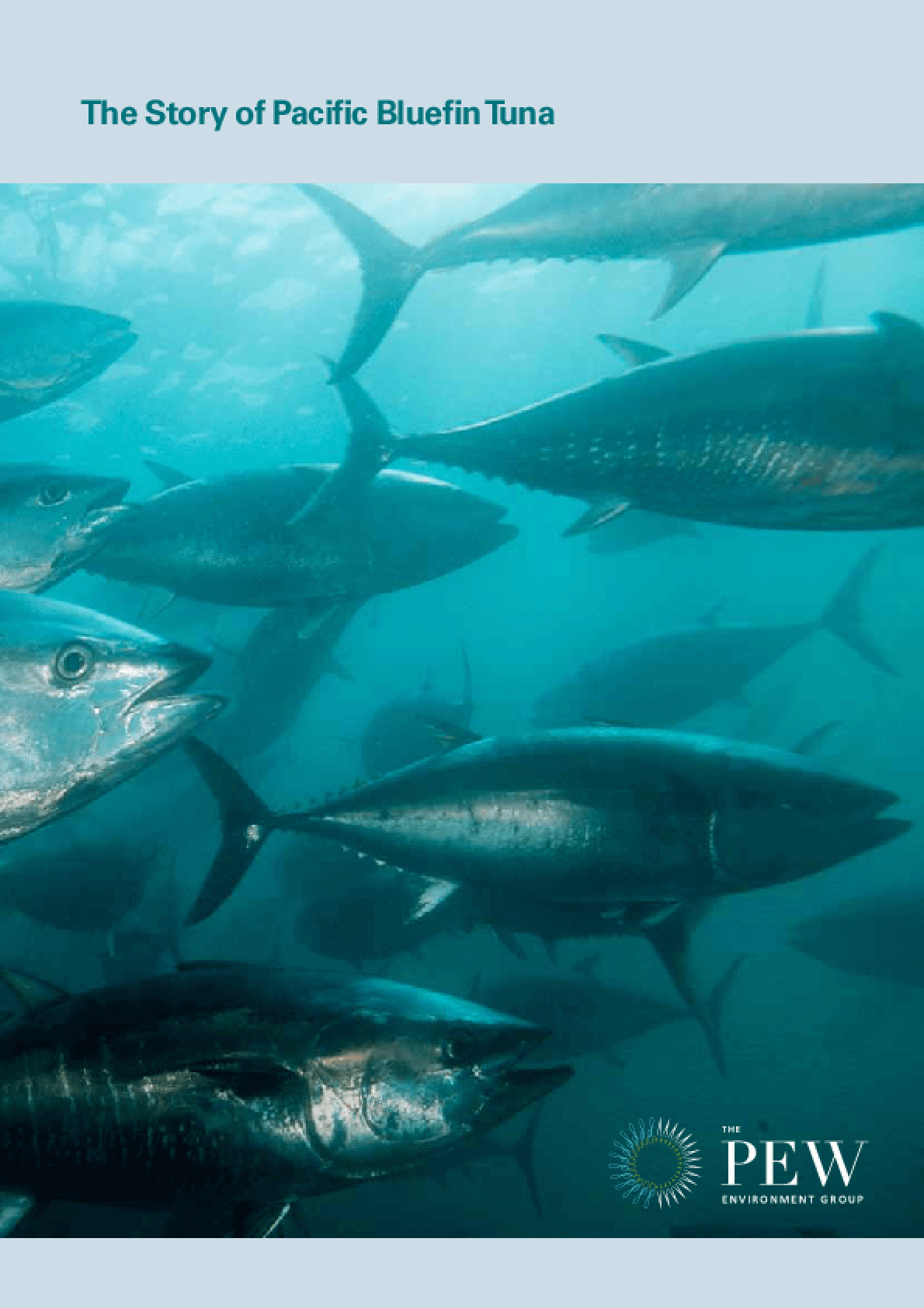