The summer job market for teens in both Massachusetts and the U.S. over the past five years has been quite depressed, with record low summer employment rates for the nation's teens being set in the past three years (2010-2012).1 The teen summer employment rate in Massachusetts fell from 67% in 1999 to only 36% in 2012, a decline of 31 percentage points (Chart 1). Black and Hispanic teens, especially those residing in low income families and from high poverty neighborhoods, have experienced the greatest difficulties in finding employment in the summer. Lack of job opportunities reduces teens' exposure to the world of work and their ability to acquire both basic employability skills (attendance, team work, communicating with other workers and customers) and occupational skills. Being jobless all summer also increases their risk of social isolation (staying at home), hanging out on the street, and exposure to or participation in urban violence and delinquent behavior. 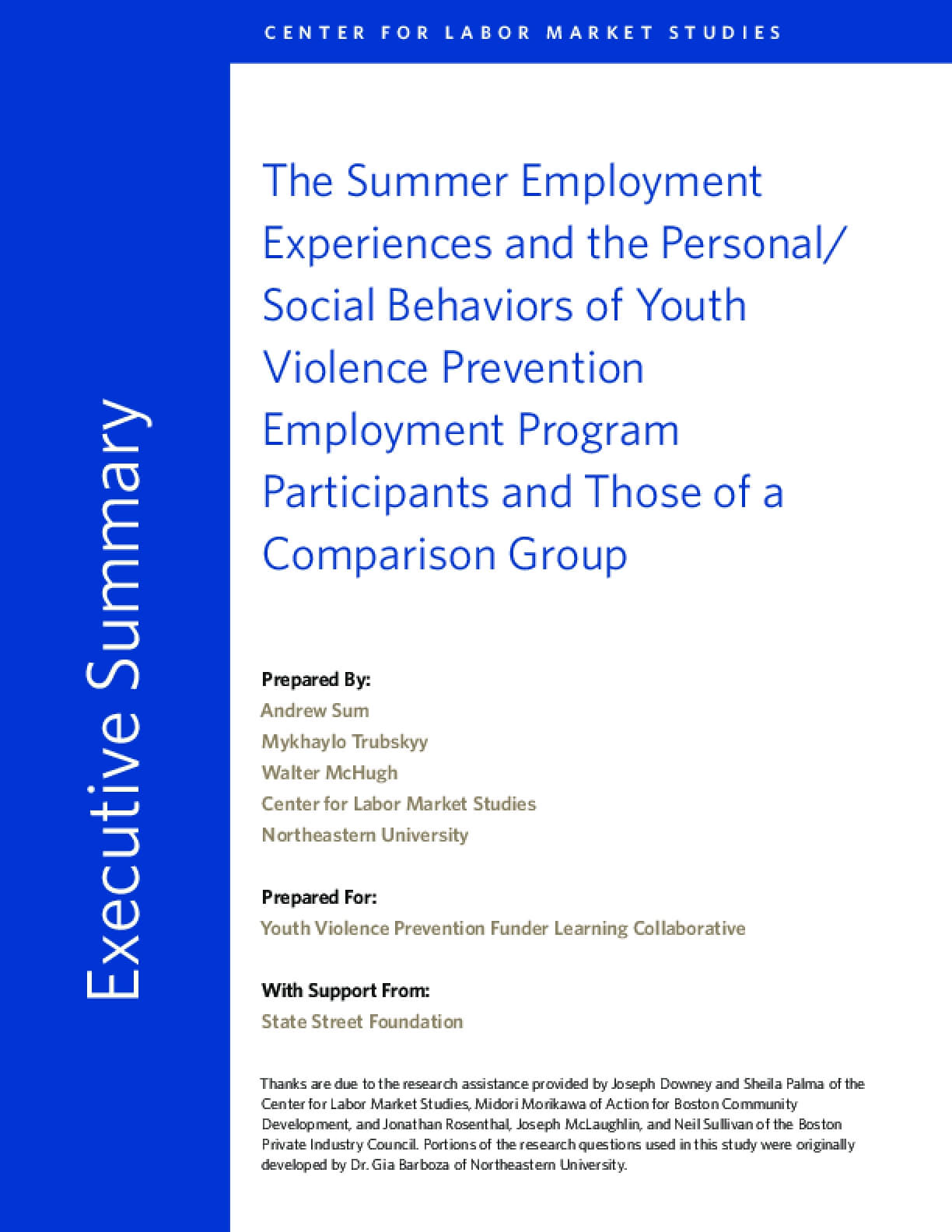