The Transportation Dividend: Transit Investments and the Massachusetts Economy

As home to America's first subway, Boston has been a transit-oriented city for more than a century. In fact, much of our regional economic success is due to the connectivity that a transit system provides. It is no coincidence that the area served by the MBTA houses almost 70 percent of the state's population, offers 74 percent of the jobs, and generates 84 percent of Massachusetts's gross domestic product. The MBTA is the backbone of our economy and any successful strategy for continued growth and prosperity for the region must begin with smart investment in this system.

Luckily, the calculus is straightforward as the benefits from our transit system far outweigh the costs we dedicate to support it. A new report from A Better City, made possible through support from both the Barr Foundation and The Boston Foundation, measured the MBTA's performance and economic impact. It found that through travel time and cost savings, vehicular crashes avoided and reduced auto emissions, the MBTA provides an estimated $11.4 billion in value to Greater Boston each year for both transit users and non-users alike. Boston residents experience all of these benefits from the T's annual operating budget of approximately $2 billion.

The report also considered the alternative, examining what would it cost if our transit system did not exist. Our economy would require the capital cost of nearly 2,300 additional lane miles of roads and 400,000 more parking spaces. If we needed to build that today, the cost for this vehicular infrastructure would be over $15 billion. The MBTA is a bargain today and for the future. 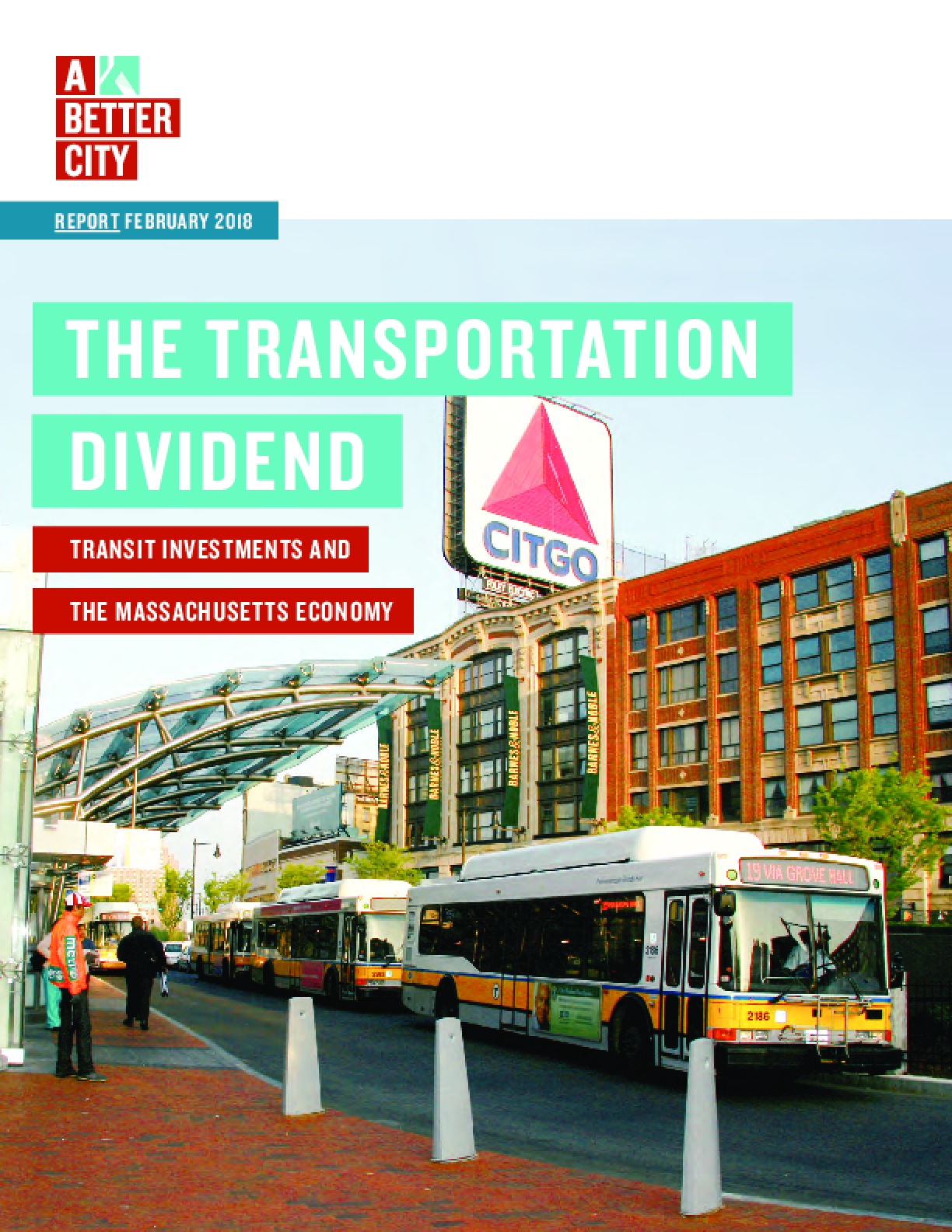