The Truth about Gun Dealers in America: Stopping the Small Number of "bad Apples" That Supply Virtually Every Crime Gun in the U.S.

More than 400,000 people are victimized by gun violence in the United States each year. How is it so easy for dangerous people to get guns? Where do all of these guns come from? It turns out that virtually all crime guns come from a relatively small number of gun dealers that we call "bad apple" gun dealers. Just 5 percent of gun dealers in the U.S. sell 90 percent of crime guns, and they often do it with business practices that they know are irresponsible or even illegal. "Bad apple" dealers not only supply almost the entire U.S. criminal market with its guns, they give a bad name to the 86 percent of dealers who sell no crime guns in a given year. This report explains what "bad apple" gun dealers are, how they contribute to gun violence in America, and how they can be stopped. It provides information about the extent of the problem, including that there are roughly 3,000 "bad apple" gun dealers in the country (Section II). It makes clear that factors like sales volume and bad luck are not accurate or sufficient explanations for why such a small percentage of gun dealers supply so many of the guns used in crime.Using examples, the report identifies three major pathways of guns from "bad apple" gun dealers to dangerous and high risk people. These are: straw purchasing (people passing background checks but illegally buying guns for others); gun trafficking (people buying guns to illegally resell without a license); and illegally selling or otherwise providing guns "off the books" (dealers transferring guns without running federally required Brady background checks on buyers) (Section III). The report provides accounts of some of the top crime gun sellers in the country, who have collectively supplied thousands of guns used in crime over the years. In particular, it highlights three dealers and their disproportionate contribution to crime in three cities: Chuck's Gun Shop and Pistol Range and Chicago; Don's Guns and Galleries and Indianapolis; and Arrowhead Pawnshop and New York (Section IV). It also details the stories of gun violence victims whose pain and suffering was caused by irresponsible gun dealers' practices, discussing how the toll goes beyond individuals and is felt by families, friends, coworkers, and communities (Section V). The violence enabled by "bad apple" gun dealers can manifest as gang violence, domestic violence, hate crimes, or attacks on law enforcement. Specific case studies illustrate how victims and survivors have fought back against "bad apple" gun dealers through the courts. The work of the Brady Campaign and a diverse coalition of national and local partners have organized to put public pressure on "bad apple" gun dealers. 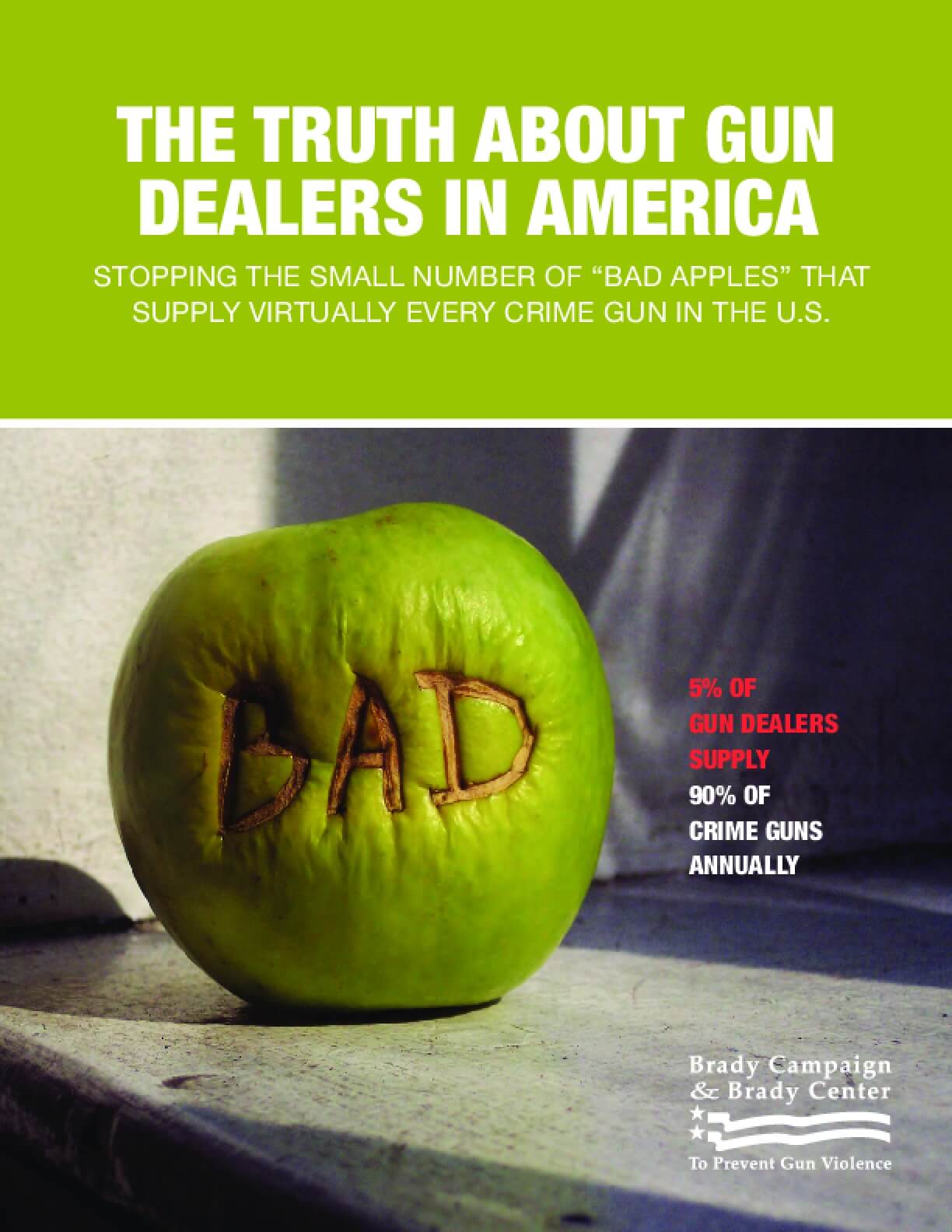