On March 25, 1999, neatly concealed in an obscure and seemingly minor "Procedure Revision," the U.S. Postal Service announced its intent to execute Postal Bulletin 21994. In an alleged attempt to combat mail fraud, the Postal Service required that by June 24, 1999, all commercial mail-receiving agencies (CMRAs) that offer rental of private mailboxes should have collected from their customers confidential information that the Postal Service itself is not allowed to collect. Furthermore, starting as early as October 24, 1999, the USPS will deliver mail only to the private boxes addressed in a particular format that will be unfamiliar to many senders. Those new requirements violate the privacy regulations that cover the Postal Service. The USPS plans to make available to the public confidential information about any private box holder who uses the box for business with the public. However, access to such information could actually facilitate criminal activity. Moreover, the Postal Service also plans to apply these new regulations to executive suites. In addition, because it is impossible for box holders to know everyone who might have their private box address on file, many otherwise deliverable pieces of mail will be returned to the sender, marked "address unknown." Finally, the new regulations will foist enormous costs on some 1.5 million to 2.5 million private mailbox holders, which include many of the country's smallest businesses. CMRAs will also incur expenses, not only of compliance with and notification to box holders of the new regulations but also of lost business. A conservative estimate of the direct costs alone of the new regulations could approach $1 billion. 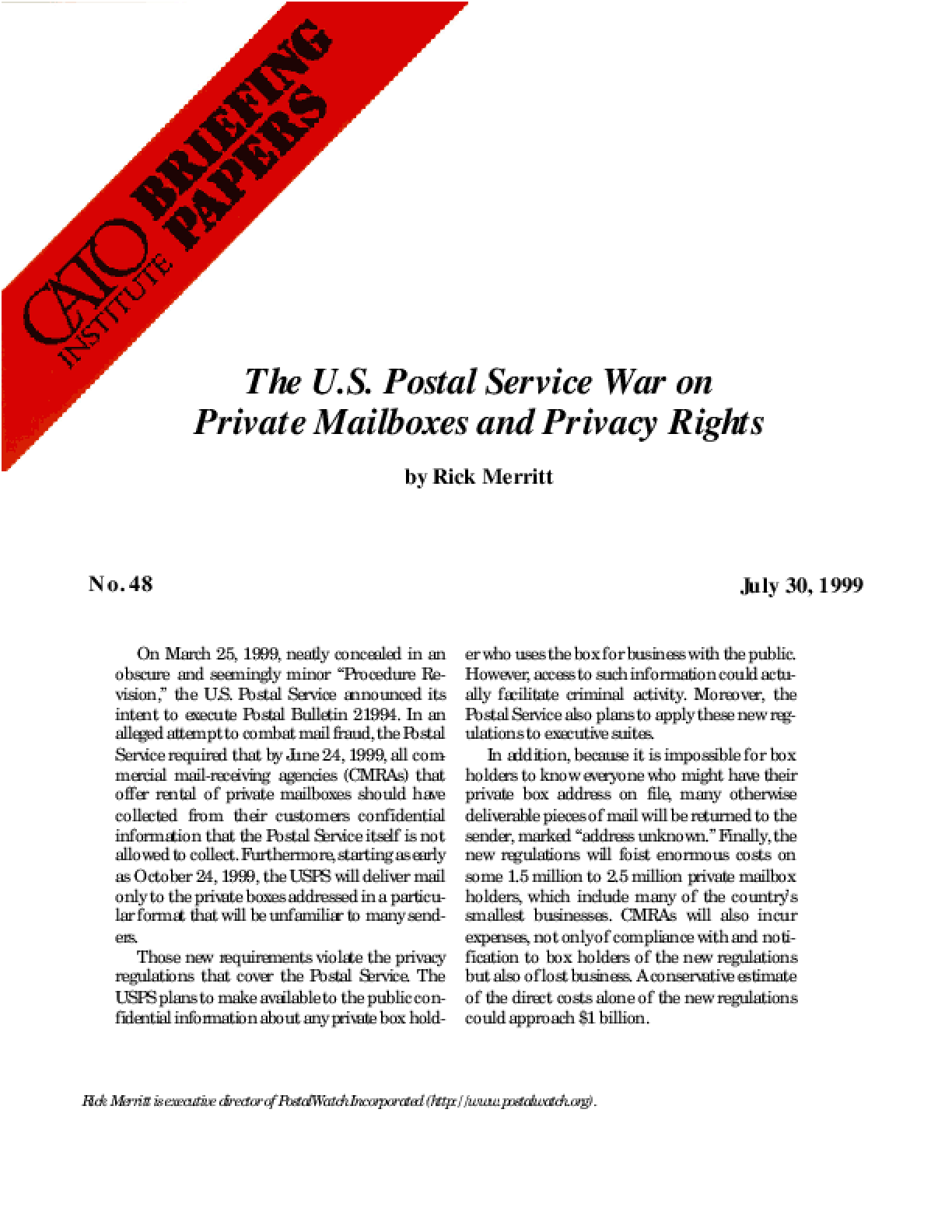