This consultative research presents a clear case for the value of a regional coalition to enhance media sector development and reform in Southern Africa. There is wide agreement on the ability for such an approach to enhance the capacities of media in the region, build networks of solidarity and support, and engage policymakers and legislators at the national and regional levels around issues of digital rights, media freedom, protection of journalists, and access to information.

Experience with previous attempts at building and sustaining networks in the region has led stakeholders to believe that a lean, agile, and organic coalition would be more successful than a top-heavy, hierarchical structure. While challenges like coordinating funding opportunities, defining clear logistical and operational mechanisms, and finding the appropriate entry points to engage regional policymaking bodies and governments remain, there are already several examples of successful collaborations in the region and further afield on the continent that can serve as guidance and inspiration for such efforts.

Perhaps most importantly, there was strong enthusiasm and motivation among the participants to work on a regional coalition, and a strong belief in the potential impact of such collaboration on media independence, sustainability, and political accountability in the region. As noted by one questionnaire respondent, "There are enormous opportunities. Africa really is the home not just of innovation, but of possibility. The biggest hurdles are commitment, proper resourcing, and clearly defined project goals." 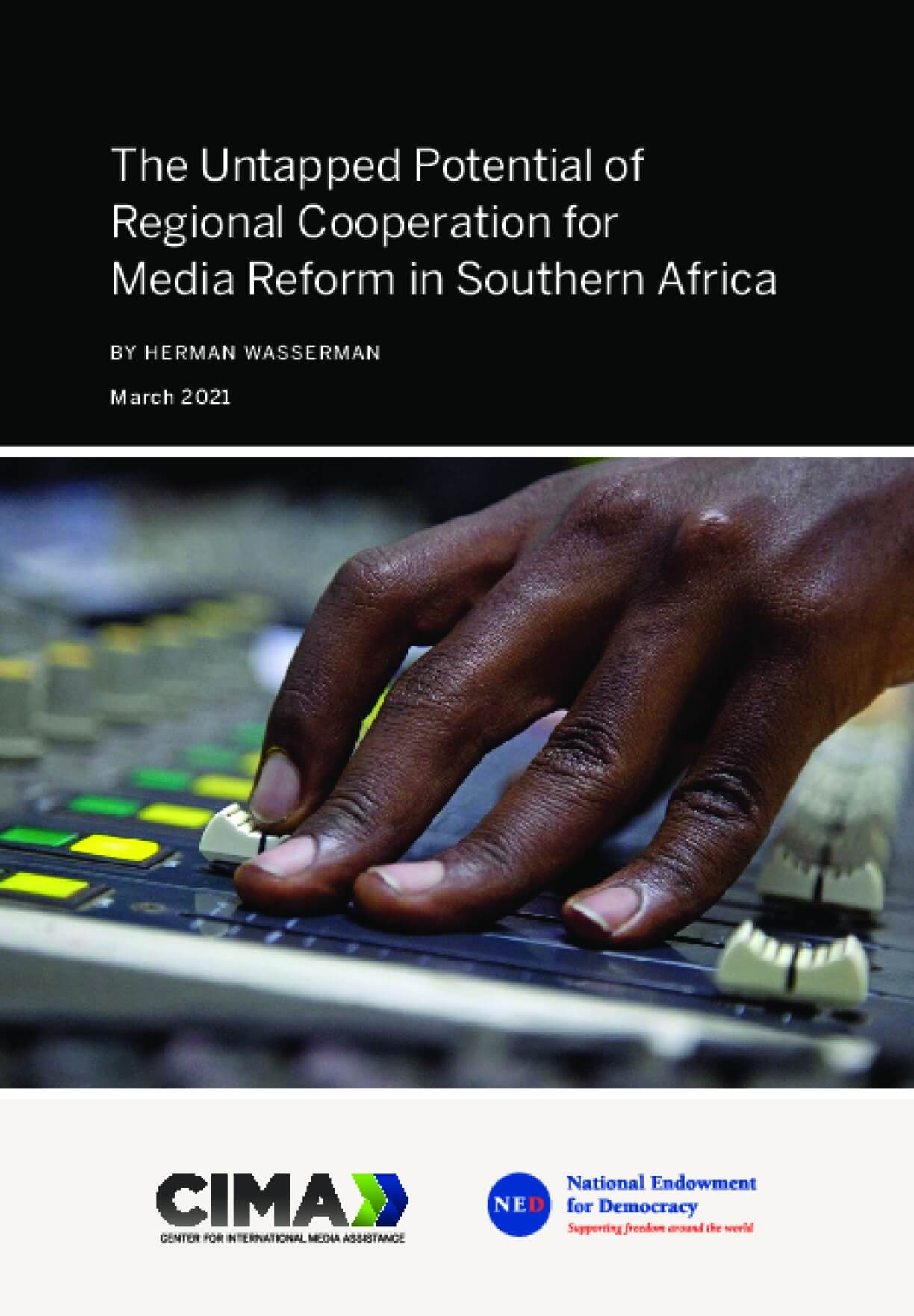