The Use of Research Evidence in Instructional Improvement

by Thomas B. Corcoran

Those who seek to reform our public schools often argue that school performance would improve if only policy and practice were based on evidence. If decision-makers and practitioners paid more attention to research findings, the argument goes, they would make better decisions about improvement strategies and resource allocation, and we would see better results. The belief in this axiom is demonstrated by the increasing frequency with which reformers, educators, and policymakers find it necessary to legitimate their actions with claims that they are "research-based." However, moving beyond rhetoric to actually put this principle into operation turns out to be difficult.

This issue of CPRE Policy Briefs looks at findings from the Consortium for Policy Research in Education's study of how central office and school staff in three urban districts made decisions about instructional improvement strategies, and how much weight they gave to evidence. The three districts, in three different states, had enrollments ranging from 50,000 to over 200,000. Leaders in all three districts were addressing the problems common to most urban districts: students' problems associated with living in poverty, low achievement, high mobility, and high dropout rates. Changes in district and school leadership, high teacher turnover, changes in funding, and new state policies compounded the difficulty of improving performance in all three sites. The districts were also working in environments characterized by decentralized decision-making, high-stakes accountability, and increasing competition among providers of comprehensive school reform designs and other "research-based" instructional improvement strategies.

During our study, we looked at three sets of strategic decisions that each district faced as it tried to improve student performance. The first set of decisions concerned what to do (i.e., which reform design or curriculum to adopt). The next set was deciding how to get it done; how to provide adequate support and coordination; and how to focus people's attention on the desired changes, ensure effective implementation, reduce distractions, and buffer this important work from competing agendas. Finally, there were decisions about scaling up the reforms -- the problem of replication. The decision-making process in each case was complicated and the use of evidence to support the ultimate decisions varied considerably. While these categories overlap, they are useful organizers of our findings. 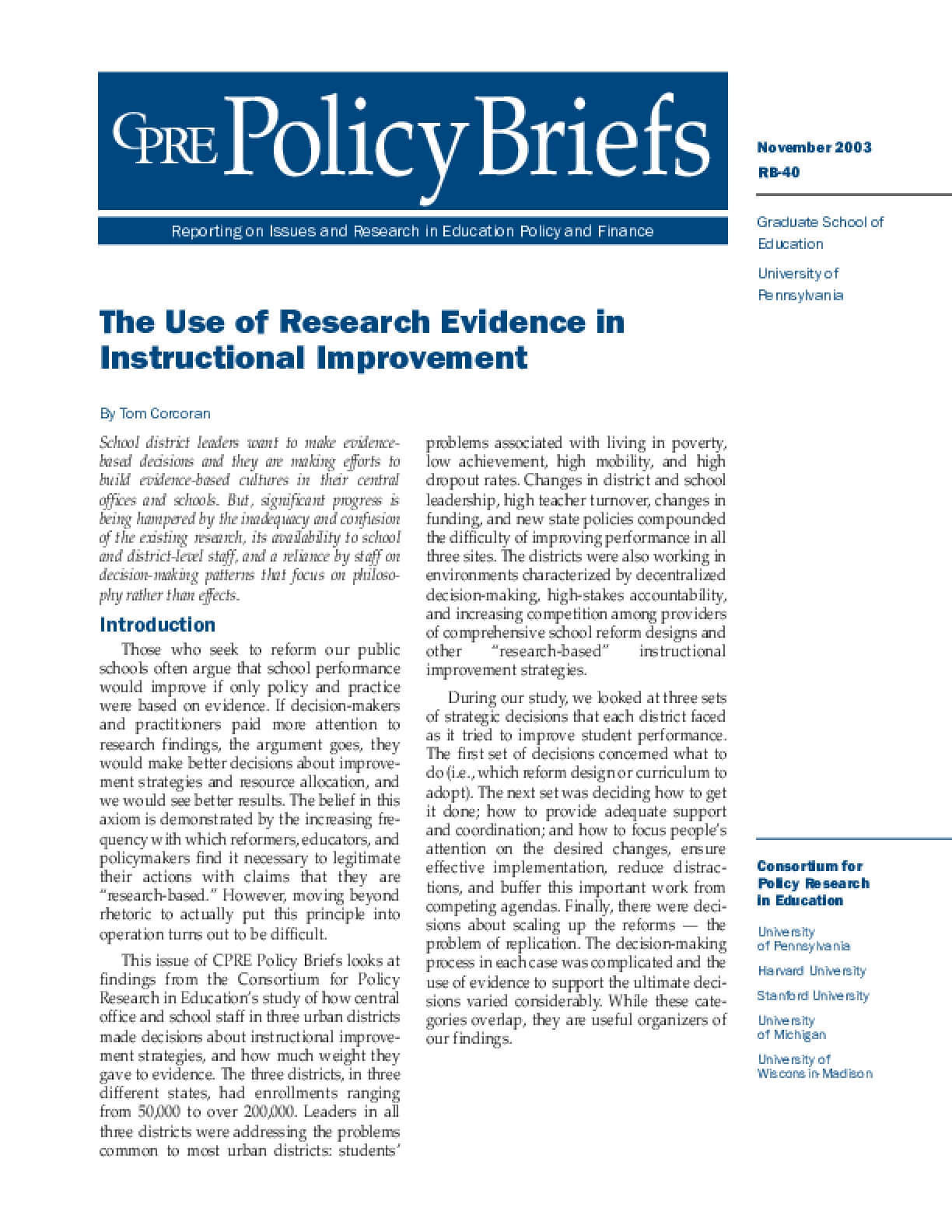